An Evening with the Titans 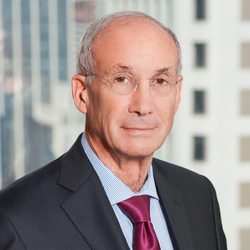 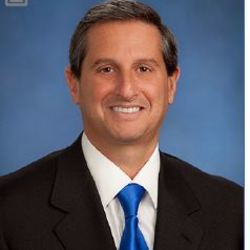 Peter W. May is President and a founding partner of Trian Fund Management, L.P. (“Trian”). Mr. May, along with Nelson Peltz and Ed Garden, founded Trian in November 2005. Trian invests in under-performing and undervalued public companies and looks to work constructively with the management and Board of Directors to create lasting shareholder value.
Mr. May serves as the non-executive Vice Chairman of The Wendy’s Company. Mr. May is also a member of the board of directors of Mondelēz International, Inc. From May 2008 through May 2017, Mr. May served as a director of Tiffany & Co. From April 1993 through June 2007, Mr. May served as President, Chief Operating Officer and a director of Triarc Companies, Inc., which during that period of time owned Arby's Restaurant Group, Inc. and the Snapple Beverage Group, as well as other consumer and industrial businesses.
Mr. May was President and Chief Operating Officer and a director of Triangle Industries, Inc. from 1983 until December 1988, the largest packaging company in the world and a Fortune 100 industrial company, when that company was acquired by Pechiney, S.A., a leading international metals and packaging company.
Mr. May is the Chairman of the Board of Trustees of The Mount Sinai Health System in New York, where he led the turnaround of this major academic health center from serious financial difficulties to what is today one of the most profitable and fastest growing academic medical centers in the United States. In addition, Mr. May is an Emeritus Trustee of The University of Chicago and a Life Member of the Advisory Council of The University of Chicago Booth School of Business. Mr. May is also an Advisor and a member of the Executive Council of No Labels, an organization that seeks to build a bipartisan centrist bloc in Congress, the Vice Chairman of the New York Philharmonic, a Director of Lincoln Center for the Performing Arts, a Trustee of the New-York Historical Society and a partner of the Partnership for New York City, as well as an honorary member of the Board of Trustees of the 92nd Street Y and was the past Chairman of the UJA Federation's "Operations Exodus" campaign. He is Chairman of the Board of The Leni and Peter May Family Foundation.
A native of New York, New York, Mr. May received A.B. and M.B.A. degrees from The University of Chicago and is a Certified Public Accountant (inactive). Mr. May also holds an Honorary Doctorate in Humane Letters from The Mount Sinai School of Medicine of New York University.

Rich is global head of the Merchant Banking Division (MBD). He is a member of the Management Committee and is chairman of the MBD Corporate, Real Estate, Infrastructure and Cooperation Fund Investment Committees. Rich serves as co-chairman of the Firmwide Investment Policy and MBD Client and Business Standards Committees. He is a member of the Firmwide Client and Business Standards, Firmwide Business Planning and MBD Risk Committees. Rich joined Goldman Sachs in 1981 and became a partner in 1990.
Rich is a fellow and the Secretary of the Corporation of Brown University and is a senior vice chairman of the Board of Trustees of Mount Sinai Health System. Rich is also the founder of the Friedman Brain Institute at the Mount Sinai Health System.
Rich earned an AB from Brown University in 1979 and an MBA from The University of Chicago in 1981. 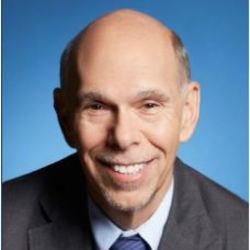 Kenneth L. Davis, MD is the President and CEO of the Mount Sinai Health System in New York City, one of the largest integrated health systems in the nation, which is renowned for providing outstanding medical care to the diverse communities it serves, as well as for its significant global outreach. The Health System encompasses the Icahn School of Medicine at Mount Sinai and seven hospital campuses, and has a large, regional ambulatory footprint. For the decade prior to his appointment as leader of the Health System in 2013, Dr. Davis served as President and CEO of The Mount Sinai Medical Center. Under his direction, Mount Sinai successfully launched a robust era of innovation in research, education, and clinical care. As a neurobiologist, Dr. Davis’s pioneering research in Alzheimer’s disease led the U.S. Food and Drug Administration to approve three of the first four drugs on the market for the treatment of Alzheimer’s disease. A member of the Institute of Medicine of the National Academy of Sciences, he has published more than 500 papers and received numerous grants and awards, including the George H. W. Bush Lifetime of Leadership Award from Yale University, where he was an undergraduate. In 2014
Dr. Davis was appointed as a trustee of the Aspen Institute. 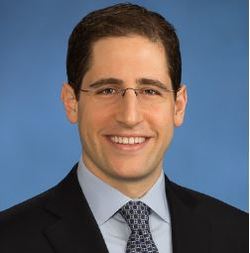 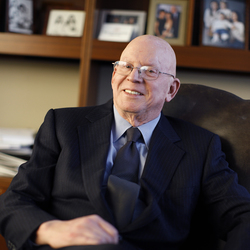 Jeffrey is a managing director in the Merchant Banking Division (MBD) Real Estate Group. He is a member of the MBD Real Estate Investment Committee. Jeffrey joined Goldman Sachs in 2002 as an analyst and became a vice president in 2008. He was named managing director in 2012 and partner in 2018. Jeffrey earned a BS from Cornell University in 2002.

Michael Minikes is a Managing Director, and the Vice-Chairman of J.P. Morgan Prime Brokerage.
Mr. Minikes began his business career at the CPA firm of Spicer & Oppenheim where he became a partner in 1972, specializing in that firm’s securities industry practice. While there, he played an active role in the development of federal securities regulations affecting broker-dealer financial requirements and became widely known for his expertise in that field.
Upon joining Bear Stearns in 1978, Mr. Minikes soon became a general partner and then a senior managing director when Bear Stearns incorporated and went public in 1986. He was a member of the firm’s Board of Directors, and Operations Committee. He served as Treasurer of The Bear Stearns Companies until January, 2008, when he became CEO of Bear Stearns Securities Corp.
Mike is associated with having helped build Bear Stearns’ extensive prime brokerage and broker-dealer correspondent clearing network, and in bringing the company into the “banking” business, including with respect to the activities of Custodial Trust Company, Bear Stearns Bank affiliate, now part of JP Morgan Chase Bank NA. He was instrumental in establishing Bear Stearns Securities Corp. in 1991.
He is a former member of the Board of Directors of Depository Trust Company and the Securities Industry Automation Corp., and past Chairman of the Securities Industry Association Capital Committee.
He is active in a host of charitable and community activities. Mr. Minikes is Senior Vice Chairman of the Boards of Trustees of Mount Sinai Medical Center, trustee and the former chairman of the Queens College Foundation, a member of the City University Business Leaders Council, and a member of the UJA Wall Street Strategic Council, in addition to many other organizations. In 2014 he was listed among Crain’s “Most Connected New Yorkers”
Mr. Minikes is a graduate of Queens College (1965) and attended the NYU Graduate School of Business. He resides in Manhattan with his wife Cheryl. They have two grown children and four grandchildren. 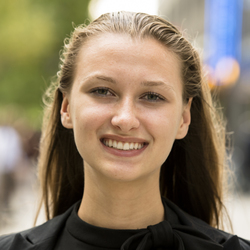 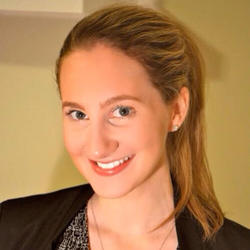 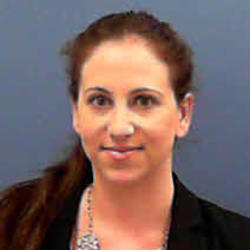 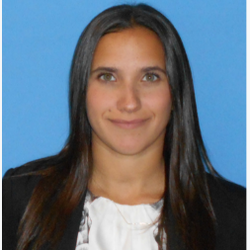 Ally Mikhaylova is a 3rd year Analyst at Goldman Sachs, focused on Single Stock Volatility Trading. She graduated from Baruch College in 2016 with a major in Statistics and Quantitative Modeling and minors in Math, Hebrew, and Interdisciplinary Studies of New York City. Outside of work, she is a member of Dreamers // Doers, a high-impact community for trailblazing women. In her free time, Ally enjoys hiking, skiing, and surfing.

Arielle Foni is a member of Goldman Sachs’ Merchant Banking Division, specializing in Corporate Governance for the Corporate Equity, Corporate Debt, Real Estate and Infrastructure investment businesses. Arielle joined the firm upon graduating from Cardozo Law School and Brandeis University and is a licensed lawyer in New York and New Jersey. In her free time Arielle enjoys yoga, and as a former student of The Ramaz School is an active participant in their alumni network. Arielle currently resides in the Upper East Side in Manhattan with her husband Michael and daughter Selah Joelle.

Julia Siegel joined Goldman Sachs in 2015, where she currently works as a Vice President in the Conflicts Resolution Group. Previously, she worked as an Attorney for the City of New York and as an Associate at the American Israel Public Affairs Committee (AIPAC). She holds a JD from NYU School of Law, an MA in National Security from Tel Aviv University, and a BA from Washington University in St. Louis. 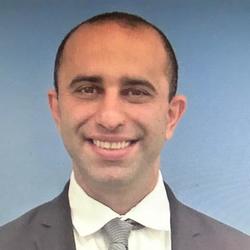 Yariv is a VP at Goldman Sachs Financial Crime compliance where he leads the development of a new innovative technology-driven Anti-financial crimes solutions and programs. Previously, Yariv held various leadership roles at IBM and PwC, where he led the development of innovative anti-financial crime solutions. He also led successful engagements to assist risk, compliance, and finance departments of Fortune 500 companies with implementation, optimization, and assessment of their anti-financial crime solutions and programs. Prior to that, Yariv was part of the analytics group at the industry-leading anti-financial crime software company, NICE Actimize.
Yariv Holds a Ph.D. in Electrical Engineering with a minor in Financial Engineering from New York University. He is also a Certified Anti-Money Laundering Specialist (CAMS).