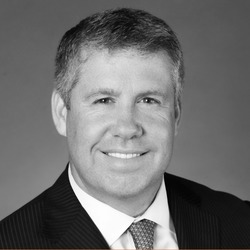 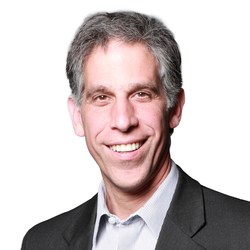 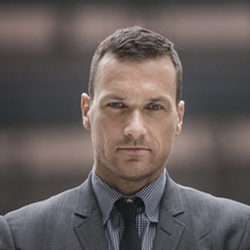 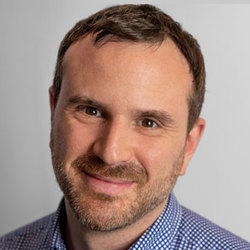 Jim learned the business from the bottom up, holding various positions in operations, estimating and management of STO’s regional offices, and leadership of the executive team for the past 19 years. In addition, Jim spearheaded the creation of a new Board of Directors in 2014 to ensure the right strategic planning, QA/QC, governance, audit, compliance systems and reporting were in place throughout the global organization.

A dynamic and creative leader, Jim personifies the entrepreneurial spirit that is a hallmark of Structure Tone. He plays a key leadership role in setting the strategic direction of this international organization and spearheads innovation within the firm to both better serve his clients and provide an enhanced workplace for Structure Tone employees. When he is not taking on the role of project principal for some of our high-profile projects and accounts, he is typically working alongside the management teams on strategic plans to ensure a sustainable growth plan for STO.

One of Jim’s passions is developing future leaders. He has championed the implementation of development and training programs and is the driving force behind Structure Tone University (STU). STU is a dynamic internal education and development resource to help define STO career paths and hone both technical and soft skills. Jim also spearheaded numerous innovative projects to ensure the continued improvement of controls, data analytics, and service delivery.

Not solely internally focused, as Executive Chairman, Jim ensures the firm’s unwavering commitment to community. Jim is Chairman and an Executive Committee member of the Boy Scout Explorers, which focuses on mentoring high school students through exciting activities and introducing them to the many career opportunities young adults seek to explore. He was the Chair of the Planning Committee for the Board of Trustees of St. Thomas Aquinas College from 2004 through 2010 and sits on the Dean’s Advisory Council for the Engineering School of Hofstra University. He is also on the Board of Directors for the National Multiple Sclerosis Society-NYC Chapter and Cardinal Dolan’s Executive Committee for Charity.

Jim is a graduate of Hofstra University with a Bachelors’ Degree in Business Administration and has completed the Columbia Business School Senior Executive Program (CSEP). Jim resides in Old Tappan, NJ, with his wife and son.

Stu knows proper infrastructure investment helps support economies, progress long-term growth, and maintain public safety. This concept drives his leadership of Stantec’s Infrastructure division. It has also made him a well-known advocate within the industry, having served in multiple professional organizations, spoken at numerous professional events, and been published in several industry journals. Stu’s passion for infrastructure has only grown over the last 30 years, from his early beginnings as a civil engineering student at Lehigh University and the Stevens Institute of Technology, to his leadership of Stantec’s transit-rail, transportation, and infrastructure groups. He’s channeled his desire to enhance our communities’ infrastructure into many critical and complex projects, helping to build better transit systems and roadway networks via design-build, public-private partnerships, and conventional design-bid-build methods. A visionary, Stu keeps a watchful eye on the future of infrastructure. He promotes solutions that embrace sustainability, like building to accommodate autonomous vehicles, smart cities and other innovations that will change the way our communities live, work, and play.

Tom Sperber joined AECOM Capital in 2014. Sperber is a Vice President overseeing AECOM Capital’s design and construction efforts in development projects on the east coast, including Flushing Commons in NYC and the Paramount Miami World Center.

Prior to AECOM Capital, Sperber worked as a Project Manager at Brack Capital where he oversaw the ground-up construction of the 230-key CitizenM flagship hotel in Manhattan.

Sperber has a B. Arch. from Bezalel Academy of Art and Design in Jerusalem and a Masters in Real Estate Development from Columbia University. 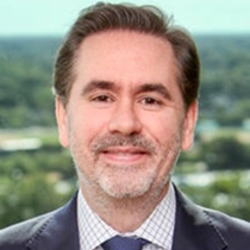 Robert guides clients in the drafting and negotiation of all types of construction industry related contracts and lease agreements, including development, construction and project management, contractor, subcontractor, design-builder, engineering and architectural services, consultant, license and access agreements, and office, retail, commercial, residential, gross, triple net and ground leases. He provides counsel on complex issues at all stages of construction projects and leasing transactions.

Robert served as a Judicial Intern for the Honorable Charles A. Kuffner, Jr., Supreme Court of the State of New York. He served overseas in the United States Army Infantry and is a member of Veterans of Foreign Wars and The American Legion.

Robert received a B.S. and M.A. from St. John’s University and a J.D. from Boston University School of Law. 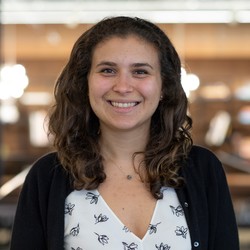 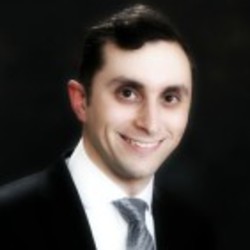 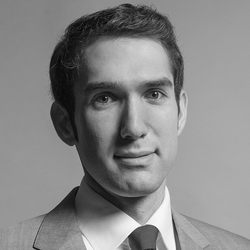 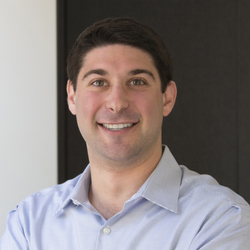 Alexandra joined Gensler in 2019, working on worldwide corporate interiors. Previously, she worked in Construction Management, focusing on residential projects throughout New York City. She is a 2017 graduate of Johns Hopkins University with a Bachelor of Science Degree in Applied Mathematics and Statistics. Alexandra is passionate about architecture and design, and likes to paint, travel, read, and cook in her free time.

Ben Weiss is a Project Manager at Casper Development. He joined the construction consulting firm in 2019 and focuses on complex healthcare projects. Previously, he was a senior manager for Leib Designs, a boutique design-build firm in NYC. He graduated with a degree in business from Fairleigh Dickinson University, and combined it with his passion for architecture, design and construction.

Donny Silberman, Senior Associate, has been with Robert A.M. Stern Architects (RAMSA) since 2013. His design and management experience at RAMSA is focused primarily on multi-family residential and mixed-use projects in the U.S., Asia, and Europe. His previous experience at firms in Chicago included commercial and single-family residential projects. Donny’s (almost) lifelong passion for architecture has evolved to encompass a deep appreciation for the interdisciplinary and collaborative nature of the profession. Donny received his Bachelor of Architecture degree from Cornell University’s College of Architecture, Art, and Planning. He is a registered architect in the State of New York.

Mark Hartenstein is a Design Strategist focused on developing smart approaches to workplace design for his clients in Gensler’s Consulting practice, which he joined in 2014. Combining his joint undergraduate architecture and MBA degrees from Washington University in St. Louis, he is a strong believer in using research insights to drive purposeful design that enhances user experience and productivity, ranging from a single room to an entire global real estate portfolio. 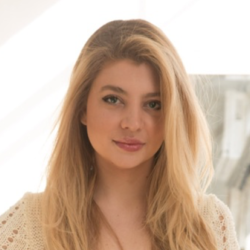 Rebecca leads innovative growth at Drawboard and is enthusiastic about helping AEC teams take on complex transformational challenges and deliver design review experiences that edge both artistic and effective. She is introducing Bullclip to the North American AEC market, which is a real-time design collaboration platform that organizes, optimizes, and shorts the design review cycles for Architects and Engineers. In summary, Bullclip is an elegant blend of design fluidity, accuracy, and collaboration. 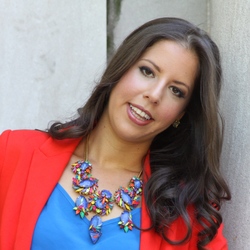 Mickey received her BS & MS in Accounting from Stern School of Business at NYU and her JD from Fordham Law. She participated in Jewish networking groups and attended Jewish charity events starting in college and continuing through law school and beyond. She learned the power of leveraging and helping the Jewish community simultaneously.

Mickey is an Executive Recruiter/headhunter focusing primarily on the real estate and real estate tech sectors. She works on the real estate team that is part of a larger firm so you get big firm resources with boutique firm service. Her team website can be found here: TBG-RealEstate.com She works all range of jobs including but not limited to management, real estate finance, legal, admin, sales, marketing… Her personal focus is on real estate finance positions such as analysts, VP’s, asset managers and the like as well as in house counsel positions. Her extra secret sauce in addition to her firm’s resources is that real estate is her family business so she has literally been working and networking in the industry since she was a kid. She has a vast personal network and consistently attends networking events across the tristate area and nationally including of course YJP. In the summer you will usually find her on the tennis court at a charity networking outing.

Mickey has worked with her family real estate business since she was a small child; her mom had a tiny hard hat made for her for sight tours and going on sight tours is still one of her favorite activities. Her paternal grandfather was the first to enter the business and her father Richard, started building his portfolio as a teenager. Her mother Jacki runs a not for profit, LIFE focused on social services in NYS. Mickey ran the elder care department there from 2013-2017 and continues to collaborate with LIFE on projects and as a volunteer. She works in the staffing industry specifically focusing on real estate placements while continuing to work for her real estate focused family office and family foundation, The Jacob & Anita Penzer Family Foundation. Her family invests in real estate, primarily in NYC, but what really brings them together is their passion for poverty alleviation, particularly in the NYC area. They aim to help low income, elderly or otherwise disadvantages residents of NYC gain proper participation in their housing, government services and receive better living conditions.

Her passion is to use her lifelong real estate experience, combined with her knowledge of social services, government, philanthropy and social entrepreneurship to create socially conscious real estate projects. She wants to holistically redesign what it looks like to live in a low income community. Let's Build a better world together!

Join YJP for our Architecture, Engineering and Construction Panel.  We will be serving gourmet bites, signature cocktails, and strategic networking as we convene with the top movers and shakers in the architecture and construction industries.

*Please note, this event is exclusively for individuals in the real estate, construction, engineering, interior design, and architecture industries*

This event starts on Thursday September 19th at 6:00 PM.

Michal
Login or register to view Michal's details.
Event Over
This event has concluded.