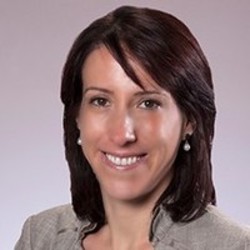 In 2018, Tammy Sheffer joined Rent The Runway as their Chief People Officer. Over the course of the last year, Tammy has helped to grow and scale RTR by focusing on three key areas: Scaling the People team, developing in-depth people metrics and introducing new technologies to support overall growth.

Prior to joining RTR, Tammy Sheffer was at Oppenheimerfunds for 17 years in a number of roles. In 2014 she became Chief of Staff to the incoming Chairman, President, and CEO. In that capacity, she worked with other senior leaders in the organization to ensure appropriate focus to the Company’s critical business initiatives. In addition, she worked closely with the leadership of the firm to ensure that employees are well informed and connected with the leadership vision and strategy of the organization.

Before being promoted to CoS in 2014, Tammy was in HR for 13 years in a number of roles and was ultimately promoted to the Head of the Human Resources Relationship Management team where she led key strategic change initiatives such as succession planning, compensation cycles, organization design, and enterprise-wide Leadership Organization initiatives.
Tammy served on the Israel Defense force as a Sergeant, where she developed strong project management and leadership skills.

She holds an M.A. in Criminal Justice and Social Deviance from the John Jay College in New York, and a B.A. in English Literature and World History from the Hebrew University in Israel.

On November 12th, YJP will be hosting an evening with Tammy Sheffer, Chief People Officer of Rent The Runway!

Attendees will have the opportunity to partake in a workshop and Q&A session.

Our career development workshops providing unparalleled access to industry titans. Come prepared to take the next step in your career!

For any questions please email re@yjpnewyork.com

*In order to qualify, you must be under 35 years old*

Brad
Login or register to view Brad's details.
Event Over
This event has concluded.