As part of our Virtual Career Development Workshop Series, YJP is excited to welcome Jeff Brodsky, Chief Human Resources Officer at Morgan Stanley. On May 27th our digital community will have the opportunity to partake in an intimate and candid discussion with Jeff. Come prepared with all of your burning questions and learn how to take your career to the next level! 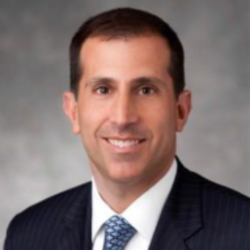 Previously, Jeff led HR for many of the firm’s businesses including Global Wealth Management, Investment Management, the Corporate functions and Discover (before its spin-off). When the Morgan Stanley Smith Barney Joint Venture was announced in 2009, Jeff was named the head of the combined MSSB HR team and was appointed to the MSSB Executive Committee.

Jeff serves on the Safe Horizon Board of Directors. He is also an Executive in Residence at the University of Michigan’s Ross School of Business and a former member of their Advisory Board. He earned a B.S. in accounting from Binghamton University and is married with three sons.

Nathan
Login or register to view Nathan's details.
Register for this event