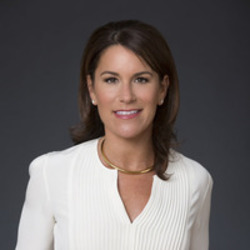 Rosenbloom also held a Human Resource Manager role within NBC's IT and Quality Organizations, supporting the company's Chief Information Officer. She was promoted to that role in 2001 after serving as Manager, Human Resources for then startup CNBC.com. She joined NBC in 1998 as an associate on the GE Human Resources Leadership program. Prior to NBC, Cheryl worked as a consultant and trainer for Ernst & Young, LLP.

Rosenbloom holds a master's degree in business administration from the Weatherhead School of Management at Case Western Reserve University and a bachelor's degree in psychology from the University of Wisconsin - Madison. 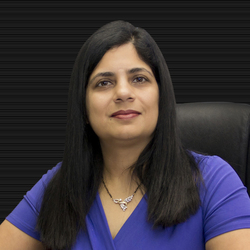 Juuhi is the President, & CEO of Wise Men Consultants. Since its inception in 1997, Wise Men has grown from a Staffing company into a full-blown Technology Solutions provider offering IT Solutions, Consulting, Outsourcing, Managed Services and IT Staff Augmentation. Juuhi’s focus is to provide clients with quality services at the right price. Juuhi began her career in New York City in the insurance industry. She has a strong academic background, which includes a Bachelor’s in Business and an MBA from the New York Institute of Technology.
As the CEO, Juuhi oversees Wise Men’s business strategy and fosters client relationships & partnerships. She directly manages Wise Men’s Staffing and Recruitment Division. Juuhi is an active member of various local organizations including the Houston Minority Supplier Diversity Council, Indo American Chamber of Commerce and Women's Business Enterprise Alliance.
Juuhi’s main line of thinking is: “If I am not networking, I am not working”. Networking is one of the best ways to grow and build business in today’s environment. HMSDC, IACCGH, and WBEA have provided the platform for Juuhi to meet people in large corporations and Wise Men owes its success to these organizations. Wise Men’s business philosophy is based on 2 principles: “Quick and Quality”. If something is worth doing, one must do it quickly and with high quality.
Juuhi is a certified yoga teacher from the Yoga Institute in Mumbai and practices meditation daily. She enjoys music, walking, traveling, reading and watching movies. Juuhi is married to Omprakash, a successful businessman who builds and owns hotel franchises like the Sheraton, Hilton and Marriott. They have a daughter who is their pride and joy.

This event starts on Wednesday August 19 at 9:00 PM UTC

YJP is excited to announce as part of our Career Development Workshop series - how to design and drive innovation!

In this interactive workshop we will explore the skills and techniques that facilitate innovative thinking in your career. Our digital community will have the opportunity to partake in an intimate and candid discussion with a Q&A session.

Robyn
Login or register to view Robyn's details.
Register for this event