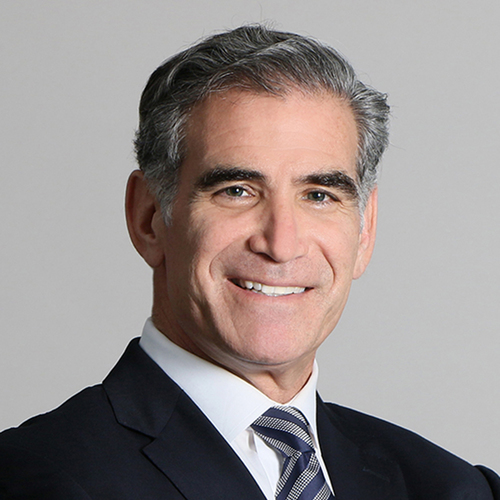 Litner joined YES in September 2016 as President. He was named Chief Executive Officer in August 2019 following the sale of YES by The Walt Disney Company to a consortium led by the New York Yankees, Sinclair Broadcasting Group and Amazon, along with private equity investors RedBird Capital Partners, The Blackstone Group and Mubadala Investment Company.

As CEO, Litner is responsible for all aspects of operations for YES, including distribution, ad sales, programming, production, business development and strategy. Under his watch, YES has fortified its standing as the premier regional sports network in the nation. Since 2016, YES has ranked #1 in viewership across linear and digital platforms and has been recognized as an industry leader in production and technological innovation, winning 32 New York Emmy Awards, five Promax Awards and three CableFAX Digital Awards.

Prior to joining the YES Network, Litner was Group President, NBC Sports Group from February 2012 to January 2016. In that role, Litner was responsible for the Golf Channel and for NBC Sports’ 11 regional sports networks. These businesses annually featured 2,500 live events across MLB, NBA, NHL and the PGA Tour; Emmy and Edmund R. Murrow Award-winning news and original programming; and innovative digital content and e-commerce services. Litner also spearheaded several strategic sports programming acquisitions for NBC, including negotiating media rights agreements with the NFL, NHL, Notre Dame and the PGA of America, along with joint venture media partnerships with the Boston Celtics, Philadelphia Phillies and Washington Wizards and Capitals.

Beginning in May 2007, Litner served as President, Comcast Sports Group, where he oversaw Comcast’s regional sports network business and its growth through strategic acquisitions and new market launches. In February 2011, following Comcast’s acquisition of NBCUniversal, Litner was promoted to President, VERSUS and Comcast Sports Group. In that role, he added management responsibility of VERSUS, a national sports programming service featuring the NHL, Tour de France and outdoor sports, and oversaw its subsequent rebrand as NBCSN.

In February 2005, Litner was named President of SNY, the start-up regional sports network featuring the New York Mets. While serving in this role until May 2007, Litner was responsible for the launch and on-going operations of the network, which debuted in March 2006 with record Mets viewership and distribution growth.

From December 1999 until February 2005, Litner served as Executive Vice President and Chief Operating Officer of the NHL. In that role, Litner managed all business operations of the league and was responsible for several strategic initiatives, including partnering with entrepreneur Mark Cuban to produce for the first time exclusive high-definition national television coverage of NHL games on HDNet; staging the NHL’s first outdoor game in the modern era, the Heritage Classic; and launching the NHL Network.
Litner began his career in sports television at ABC Sports, where he held several executive positions from 1991 to 1999. During his tenure, Litner was responsible for the acquisition and management of several iconic sports properties, including NFL Monday Night Football, NCAA Football and Basketball, the Rose Bowl, Indianapolis 500 and Kentucky Derby. Litner also played a leading role in creating college football’s first National Championship Game as part of the Bowl Championship Series and in securing MLB television rights through the formation of The Baseball Network, a start-up joint venture with NBC to produce and market primetime coverage of regular season and post-season MLB games. Litner was later named Vice President, Business Affairs, for The Baseball Network.

Litner graduated from Yale University in 1985 and from Cornell Law School in 1988. At Yale, he was a two-sport varsity athlete (football and baseball) and an Oaklawn Foundation Scholar. Litner is also a member of the Little League International Board of Directors and of the Sports Business Journal Hall of Fame.

YJP is excited to host Jon Litner, CEO at YES Network, in part of our Virtual Mentorship series.

The YES Network, the most-watched regional sports network in the country in 14 of the past 16 years, owns the exclusive local TV rights of the 27-time World Champion New York Yankees, the Brooklyn Nets, Major League Soccer's New York City FC and the WNBA's New York Liberty. YES, which has earned 118 Emmy Awards since its 2002 launch, also televises original biography, interview and magazine programs, college sports and Manchester City soccer. YES has made the list of Forbes' top 10 most valuable sports business brands in the world for eight straight years.

This will be a small Zoom roundtable, with around 25 young professionals, featuring insights from Jon, and an opportunity for Q&A. This event is complimentary for YJP's Virtual, Professional, Young Leadership members and above levels.

For questions about the event or membership please reach out to: amanda.margolis@yjpnewyork.com.

***YJP has a non-solicitation policy covering all of our conferences and events. In order to provide a distraction-free environment for our mentors, sponsors, attendees, and employees, we do not allow solicitation at our events by attendees or unauthorized parties without the express written permission or consent from YJP.***