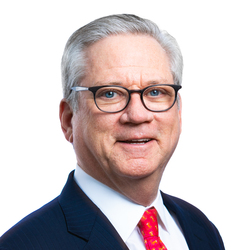 Matthew Galligan is Vice Chairman of Real Estate Finance for CIT Group. CIT provides stabilized,
value-add and construction loans between $25 million and $50 million to highly experienced and
well-capitalized developers in the office, retail, industrial and multi-family rental sectors with a $6
billion portfolio concentrated in the Boston-Washington corridor and southern California.

Every year since 2013, Galligan has been named by the Commercial Observer to its “Power 50” list
of the most important figures in real estate finance. He previously served as Managing Director and
Head of U.S. Property Finance for Bank of Ireland where, under his leadership, his team oversaw
more than $5.1 billion in transactions.

Prior to that, Galligan served as Executive Vice President for Real Estate Capital Markets at DebtX.
He has also worked for Fleet Boston Financial, Bank of Boston and Chase Manhattan in executive
level positions in credit, real estate lending, debt distribution and capital markets. Galligan is a
member of the Board of Directors of the MBA, Mortgage Bankers Association and Vice Chairman of
COMBOG, Commercial Real Estate/Multifamily Finance Board of Governors.

Galligan is a member of the Habitat for Humanity Leadership Council and will be honored at the
annual event October 2019. A Board Member of the Catalog for Giving, Galligan was honored at
their annual event in 2017. He was also honored by Get Out Stay Out that same year. Galligan
was recipient of the Humanitarian Award from the Hebrew Academy for Special children in 2013.

Galligan received a BA in Economics/Accounting from the College of the Holy Cross and an MBA in
Finance from the New York University Graduate School of Business Administration. 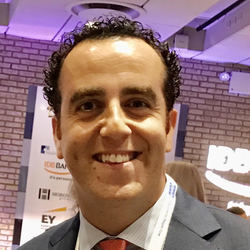 Ilan Bruhim founded Everest Abstract along with Shimon Betesh, Esq. in 2007. Since that time, he has served as the President and Chief Executive Officer of the company, leading it and its affiliates to become highly recognized and respected title service providers, serving developers and the legal profession in the New York metropolitan area. Mr. Bruhim has guided the company to achieve the highest standards of integrity, transparency and efficiency resulting in Everest receiving accolades from its title underwriters in recognition of Outstanding Professional Standards, including the "Finest Agent Award" from Fidelity National Title Group, one of the nation's largest and highly rated title underwriters. Mr. Bruhim is widely well-regarded and trusted by the company's clients for his personal commitment to providing them with the highest level of service. He is also a licensed title producer in New Jersey.

We are excited to be launching our "FaceTime with Real Estate Leaders" series of digital mentorship roundtables to continue our mission of providing mentorship opportunities for young professionals while keeping our members safe and healthy. The roundtable will be held through YJPs digital platform.

- Learn about the latest trends in your industry.
- Connect with the movers and shakers of today's market.
- Get the opportunity to ask one on one questions.