This event starts on Tuesday April 7th at 6:00 PM.

YJP is excited to be launching our "FaceTime with Fashion Leaders" series! This initiative has been launched so that we can keep true to our mission of providing mentorship opportunities for young professionals during this tumultuous time. The roundtable will be held through YJPs digital platform.

Please join YJP and Nicolas Topiol, CEO of Christian Christian Lacroix on April 7th as we discuss the current state of the fashion Industry and how to set ourselves and our businesses on a successful path.

For questions about the event: please email alexa@yjpnewyork.com


*YJP has a non-solicitation policy covering all of our conferences and events. In order to provide a distraction-free environment for our mentors, sponsors, attendees, and employees, we do not allow solicitation at our events by attendees or unauthorized parties without the express written permission or consent from YJP. 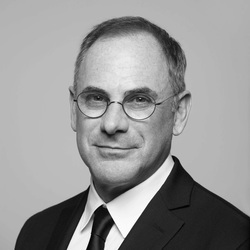 Nicolas Topiol began his career as a bond trader and a treasurer for the French subsidiary of the Standard Chartered Bank. Subsequent to obtaining his graduate Masters in Business Administration from the Wharton School
of the University of Pennsylvania, he joined the private equity and mergers and acquisition departments at Société Générale before joining the French offices of Apax Partners.

Nicolas Topiol moved to the United States in 1994 to pursue his private equity expertise in developing a commodities investment and trading holding Company with a fellow Wharton alumnus. In 1999, Nicolas Topiol
made a direct investment and subsequently operationally joined the founders of two watch and jewellery e-commerce businesses in their inception (Timezone.com and then Ashford.com, Diamond.com and
Worldofwatches.com) to lead the fund-raising and development of those Internet ventures organically and thru further acquisitions.

Nicolas Topiol joined with the Family office of the Falic Family in 2002, when he was retained to restructure one of the family controlled portfolio company. The relationship expanded to the establishment of subsidiary duty free retail and distribution operations in Central and South America, the acquisition from LVMH of Hard Candy and Urban Decay Cosmetics and the subsequent restructuring and development of those companies. Urban Decay was sold to Castanea Partners in March 2009 and is now owned by L’Oreal.

In early 2005, Nicolas Topiol negotiated the purchase of the House of Christian Lacroix from LVMH and became its President. Under his leadership, the House of Christian Lacroix established stand alone back-office, sales, IT, warehousing and logistical infrastructures previously integrated within an LVMH subsidiary. A complete brand and product repositioning strategy was initiated to position the Company as a pure play luxury brand close to its Haute Couture roots. In May of 2009, as a result of the worldwide financial crisis, the Company was forced to seek protection under the French Commerce court. Nicolas Topiol took the leadership in driving this process which was successfully managed with an exit preserving ownership and with a restructured organization, refinanced debts and setting the basis for the redevelopment of the Company under a newly designed business model focusing on managing the “Christian Lacroix” brand through licensing contracts and partnerships. The Brand is celebrating its 30th Anniversary this year and has now expanded into multiple product categories worldwide.

Throughout his career, Nicolas Topiol has developed international expertise in various industries, as well as in acquisitions and direct investments in private companies and has further complemented this expertise with hands-on operational work in the United States and Europe and worldwide business development.
Nicolas Topiol is a member of the Alumni Executive Board of the Wharton School of the University of Pennsylvania. 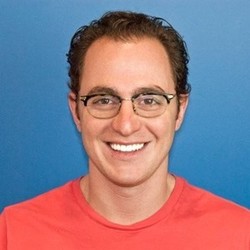 Joe Yakuel is the Founder and CEO of WITHIN, the world's first Performance Branding company. WITHIN works with brands to collapse the funnel between performance and brand marketing to unify objectives, targets, and strategy. Some of WITHIN's partners include Nike, Anheuser-Busch, Facebook, Shake Shack, Spanx & Hugo Boss. Joe previously worked for The Vitamin Shoppe and Quidsi where he optimized more than $500 million in media. Joe graduated from Tulane University with a B.S. in Finance, then received his MBA from NYU Stern School of Business in Digital Marketing, Entrepreneurship & Innovation, and Business Analytics.

Adam
Login or register to view Adam's details.
Event Over
This event has concluded.