This event starts on Wednesday December 16 at 10:30 PM UTC 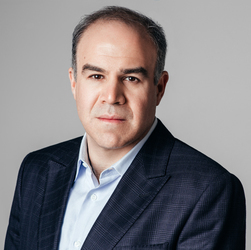 Aaron Cowen is the Founder and Portfolio Manager of Suvretta Capital Management, a $3.5 billion investment advisor in its eighth year of operation. Suvretta is focused on generating positive absolute returns in a variety of market environments primarily investing in equity securities, both long and short, with an emphasis on an “industry before company” investment philosophy. Mr. Cowen has over 22 years of experience as a Portfolio Manager and Research Analyst. Prior to forming Suvretta, he served as a Portfolio Manager at Soros Fund Management where he independently managed the largest long/short equity portfolio with AUM of $800 million and more than $1 billion in gross exposure. While at Soros Fund Management, Mr. Cowen also advised CIO Keith Anderson on managing a larger center book of equities and led a team of research analysts.
From 2008 to 2010, Mr. Cowen served as the Chief Investment Officer at SAC Capital Management where he co-managed the multi-billion dollar central investment portfolio with founder, Steven Cohen. From 2002 to 2008, he was a Partner and Managing Director at Karsch Capital Management where he played an integral role in growing AUM from $230 million to $3.3 billion and managed a significant portion of the capital. From 1994 to 2001, Mr. Cowen worked as a Research Analyst at Fidelity Investments, The Baupost Group, and Lehman Brothers.
Mr. Cowen graduated Summa Cum Laude with a BS degree in Finance and a BSE degree in Bioengineering from The Wharton School at the University of Pennsylvania in 1994. He also earned an MBA from MIT Sloan School of Management in 2002.

This event is part of YJP's Mentorship Initiative.

Suvretta Capital Management (Suvretta) is a hedge fund based in New York founded by Aaron Cowen in 2011, who has been in the industry for over 26 years and has been conducting investment research and managing capital for 23 years.

The firm seeks to achieve this goal by investing primarily in equity securities, both long and short, with an emphasis on mid- to large-capitalization companies and by adhering to its investment philosophy of generating returns through fundamental, bottom-up stock selection. It also employs an "industry before company" investment approach to identify industries and companies with the potential to generate attractive risk-adjusted returns.

Edi
Login or register to view Edi's details.
Register for this event