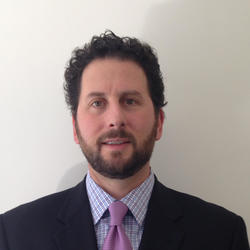 Ara Cohen is the co-founder and co-portfolio manager at Knighthead Capital Management, LLC, an SEC registered investment management firm founded in 2008 specializing in long-short event driven, distressed credit and other special situations across a broad array of industries. Mr. Cohen has been involved in the business of investing in debt and equity securities since 1993. Prior to co-founding Knighthead in 2008, Mr. Cohen was a principal at Redwood Capital Management from early 2001, shortly after the firm’s founding by Jonathan Kolatch, a former partner of Goldman, Sachs & Co. Mr. Cohen subsequently helped build the firm from a small start-up to a multi-billion dollar fund. From 1998 until 2001 Mr. Cohen was a Principal of King Street Capital Management L.L.C., a hedge fund focusing on distressed securities. From 1995 until 1998, Mr. Cohen was a principal of Tamarix Capital Corporation, an international merchant banking firm focused on making investments in companies experiencing difficulties due to a lack of capital, financial expertise or managerial focus. Mr. Cohen began his career in 1993 at Brown Brothers Harriman & Company where he served principally as an analyst for The 1818 Fund, L.P. and The 1818 Fund II., two private equity partnerships sponsored by the firm with over $800 million of committed capital. Mr. Cohen graduated magna cum laude from Bowdoin College in 1993.

Please join in on a conversation with Ara Cohen, Co-Founder of Knighthead Capital and learn about Ara's career and how he launched his own fund which now has over $5b AUM.