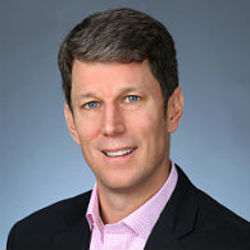 Ben Jenkins is the Co-Founder and Chairman of Digital Bridge. In addition to overseeing Digital Bridge’s growth and shaping its strategy, Mr. Jenkins is a Managing Partner and an Investment Committee Member at Digital Colony.

Previously, he was a Senior Managing Director and head of the Hong Kong office for The Blackstone Group. During his twelve years at Blackstone, Mr. Jenkins led over a dozen private equity investments across a range of industries and geographies, including telecommunications deals in developed and emerging markets. He was also named one of Private Equity International's "Top Dealmakers under 40".

In 2005, Mr. Jenkins led the Global Tower Partners (GTP) transaction for The Blackstone Group and as the Chairman of GTP spearheaded a more than quintupling of the business in just three years. In this role, he also pioneered the REIT structure and securitization financing for private tower companies. Prior to joining Blackstone, Mr. Jenkins was an associate at Saunders, Karp and Megrue (now Apax) and a financial analyst at Morgan Stanley.

Mr. Jenkins earned a Bachelor of Arts with honors from Stanford University and graduated with distinction from Harvard Business School.

Mr. Jenkins is a Board Member of Mexico Tower Partners, Vertical Bridge, and Digita Oy.

Please join YJP and Ben Jenkins, Digital Bridge, to hear tips on how to navigate the current economic climate.
April 20th at 5:30 PM