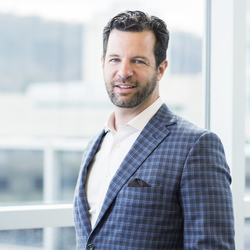 Bill Glazer founded Keystone Property Group in 1991. Initially a real estate brokerage firm, Keystone grew into an investment firm in 1993, to a development company in 1997, to a real estate private equity firm in 2003, and to a full-service real estate investment and development operating enterprise in 2014. He has invested and developed over 12 million square feet of properties in billions of dollars of transactions using multiple investment structures, such as Joint Ventures, Individual Syndications, Direct Investments, Real Estate Private Equity Funds and Strategic Partnerships.

In addition to his real estate equity investments, Bill served as Chairman of the Board of Hyperion Bank, a Pennsylvania state-chartered commercial bank. Further, he serves as Director on non-profit boards, including the Jewish Federation of Philadelphia.

A graduate of the University of Pennsylvania, Bill is the recipient of many awards and honors, including the Pennsylvania Award for Community Excellence, the Chamber of Commerce Award for Excellence, the Philadelphia Business Journal’s 40 Under 40 Award and the Ernst and Young Entrepreneur of the Year Award. 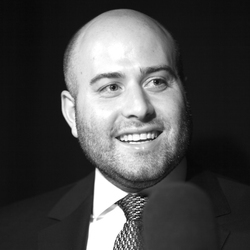 Michael Mintz is the founder and CEO of MD Squared Property Group, a real estate advisory and property management firm managing over 80 buildings and 3000 units in the New York metro area. Michael and his team also provide due diligence, DHCR, HPD and rent stabilization consulting services. Prior to founding MD Squared in 2014, Michael was the Acquisitions Manager and a Senior Property Manager at FirstService Residential New York overseeing the acquisition, management and renovations of over 30 buildings in Manhattan. Since founding MD2 Michael has syndicated multiple investments in NYC ranging from Manhattan value add deals to affordable housing in the Bronx.

This event starts on Wednesday September 23 at 6:00 PM UTC

The YJP invites you to attend our real estate mentorship session with Bill Glazer, CEO of Keystone Property Group.

Join us and a group of young rising stars in the industry of New York’s most prominent dealmakers, investors, owners, and executives as we convene on September 23rd to discuss how private equity interacts with other capital sources.

Bring your questions to connect with Bill and grow your network.

Jordan
Login or register to view Jordan's details.
Event Over
This event has concluded.