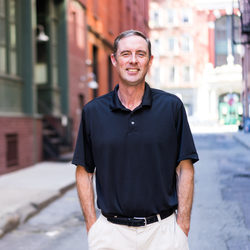 Chip is a co-founder and Managing Partner of Tribeca Venture Partners. Chip has been operating and investing in NYC companies since 1996 and has been a founder, operating executive or lead investor of several leading NYC companies including 24/7 Media, N2K, Massive Inc. and AppNexus.

Before moving to the venture side, Chip was a founding employee at Interactive Imaginations where he started the Commonwealth Network (launched in Q1, 1996), one of the Internet’s first advertising networks, building it from a concept to top 10 media property. Interactive Imaginations eventually became 24/7 Media and went public in 1998. Chip also worked at N2k and was responsible for strategic distribution partnerships for the leading music e-tailer.
Chip holds a B.A. from Cornell University, where he was a member of the varsity basketball team, and an M.B.A. from Columbia Business School.

This event starts on Wednesday September 09 at 10:00 PM UTC

This event is part of our newest initiative, YJP's "FaceTime with VC/Tech Leaders" series of digital mentorship roundtables to continue our mission of providing mentorship opportunities for young professionals while keeping our members safe and healthy. The roundtable will be held through YJPs digital platform

Young Leadership members and above levels

Yaakov
Login or register to view Yaakov's details.
Register for this event