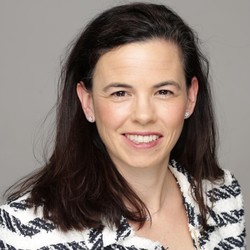 Christiana joined Deutsche Bank in September
2006, and held a number of roles with the bank’s
Group Strategy division and served as the bank's
Head of Corporate Strategy from 2011 – 2015. In
2015, she became CFO of Deutsche Bank's global
Corporate & Investment Bank, responsible for DB’s
largest operating division.

From 2016-2019, Christiana served as Chairman of
the Audit Committee of Deutsche Postbank AG, and
following its merger, as Audit Committee Chair of
the Supervisory Board of the Deutsche Privat und
Firmenkunden AG.

This event starts on Tuesday September 08 at 9:30 PM UTC