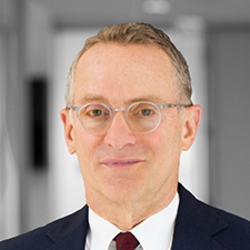 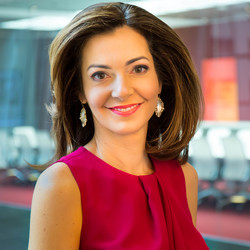 Since the formation of Oaktree in 1995, Mr. Marks has been responsible for ensuring the firm’s adherence to its core investment philosophy; communicating closely with clients concerning products and strategies; and contributing his experience to big-picture decisions relating to investments and corporate direction. From 1985 until 1995, Mr. Marks led the groups at The TCW Group, Inc. that were responsible for investments in distressed debt, high yield bonds, and convertible securities. He was also Chief Investment Officer for Domestic Fixed Income at TCW. Previously, Mr. Marks was with Citicorp Investment Management for 16 years, where from 1978 to 1985 he was Vice President and senior portfolio manager in charge of convertible and high yield securities. Between 1969 and 1978, he was an equity research analyst and, subsequently, Citicorp's Director of Research. Mr. Marks holds a B.S.Ec. degree cum laude from the Wharton School of the University of Pennsylvania with a major in finance and an M.B.A. in accounting and marketing from the Booth School of Business of the University of Chicago, where he received the George Hay Brown Prize. He is a CFA® charterholder. Mr. Marks is a Trustee and Chairman of the Investment Committee at the Metropolitan Museum of Art. He chairs the Investment Committee of the Royal Drawing School and is Professor of Practice at King’s Business School (both in London). He serves on the Shanghai International Financial Advisory Council and the Advisory Board of Duke Kunshan University. He is an Emeritus Trustee of the University of Pennsylvania, where from 2000 to 2010 he chaired the Investment Board.

Ilana Weinstein is founder and CEO of The IDW Group LLC, a New York-based executive search firm focused on placing senior hedge fund and business professionals across the investment landscape. The firm has become a leading boutique for hedge fund managers, asset managers, private equity firms and family offices in search of top investment talent for their public and global investment initiatives. Weinstein previously worked at Goldman Sachs and The Boston Consulting Group. She is a frequent guest on Bloomberg and CNBC TV programs, discussing market trends and the hedge fund universe. Weinstein holds a B.A. from the University of Pennsylvania and an M.B.A from Harvard Business School. 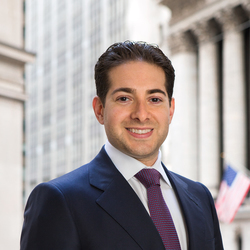 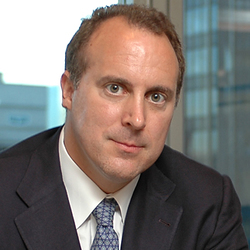 Joshua Pearl is the founder and CIO of Hickory Lane, a long/short equity asset manager. He focuses on equity investments and special situations utilizing a fundamentals-based approach. From 2011-20, he served as a managing director and partner at Brahman Capital. Previously, he structured high-yield financings, leveraged buyouts and restructurings as a director at UBS Investment Bank. Before that, he was an investment banker at Moelis & Company and Deutsche Bank. Pearl received his BS in business from Indiana University’s Kelley School of Business in 2003. He is the co-author of “Investment Banking: Valuation, LBOs, M&A, and IPOs” and “The Little Book of Investing Like the Pros.”

Steven Tananbaum is Founder, Managing Partner and Chief Investment Officer of GoldenTree Asset Management, overseeing the firm’s investments across all fund offerings. In addition, Mr. Tananbaum is a Lead Portfolio Manager for GoldenTree Loan Management. Mr. Tananbaum chairs GoldenTree Asset Management’s Executive Committee and is a member of the Risk Committee and Distressed Committee. A veteran of the credit markets with over 30 years of investing experience, Mr. Tananbaum founded GoldenTree in 2000 and was instrumental in building the firm into an organization that is highly regarded for its investment process and partnership culture. Known for its focus on fundamental and relative value analysis, GoldenTree has produced strong competitive returns across product lines since its inception. The firm has grown into an organization of 27 partners, over 250 employees and over $33 billion of assets under management. Prior to forming GoldenTree, Mr. Tananbaum spent over a decade at MacKay Shields. He was head of the firm's high yield group beginning on June 1, 1991 and, in 1997, founded its hedge fund business and served as the lead portfolio manager. Under Mr. Tananbaum’s leadership, MacKay Shields’ high yield mutual funds were rated in the top 5% by Lipper from June 1, 1991 through December 31, 1999. Prior to joining MacKay Shields, Mr. Tananbaum worked primarily on high yield and merger & acquisition transactions in the corporate finance department of Kidder, Peabody & Co. He is a graduate of Vassar College with a B.A. in Economics. Mr. Tananbaum is a CFA charter holder. He is a Member of the Board of Trustees of The Museum of Modern Art and a Member of the Council on Foreign Relations.

This event is part of our newest initiative, YJP's "Facetime with Finance Leaders" series.

Interested in expanding your investing knowledge? Read Joshua Pearl's new book with a foreword by Howard Marks: The Little Book of Investing Like the Pros (www.investinglikethepros.com). Email: Elizabeth@yjpnewyork.com for a 50% discount code.