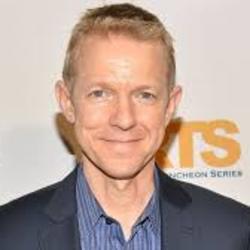 Kevin Beggs is Chairman of the Lionsgate Television Group and Chief Content Integration Officer, overseeing development and production of all scripted and non-scripted programming. A 22-year veteran of the Company and a member of its corporate senior management team, he has spearheaded the strategic expansion of Lionsgate’s television production operations into one of the largest independent television businesses in the world. Additionally, Beggs helps oversee the Company’s “Lionsgate 360” efforts, the cross-collaborative approach to developing new content from iconic Lionsgate intellectual properties across all of its businesses.

He is the recipient of the Alliance for Children’s Rights’ 2019 “National Champion for Children Award,” Operation Smile’s John Connor Humanitarian Award, The Help Group’s Teddy Bear Humanitarian Award, and the Broadcasting & Cable 2014 Innovation Award. In October 2017, he was inducted into the Broadcasting & Cable Hall of Fame. Beggs has served on the Board and Executive Committees of the International Academy of Television Arts & Sciences, the Los Angeles Paley Center for Media and the National Association of Television Program Executives (NATPE), serving as its Chairman for four years.

This event starts on Monday September 14 at 9:00 PM UTC