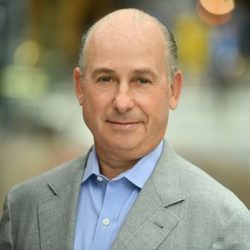 Norm is Co-President of Vestar and a Founding Partner of the firm.

Norm heads Vestar’s Healthcare group. He is currently a director of Healthgrades, IRI, Staywell, Veritas Collaborative and Quest Analytics and has served as a director of over 20 corporate boards during his career at Vestar.

Norm began his career in 1980 as a commercial banker at Manufacturers Hanover Trust Company as a member of the Special Finance Division. He joined the Management Buyout Group at The First Boston Corporation in 1984, before leaving in 1988 to launch Vestar Capital Partners. He is a 1980 graduate of Brown University with an AB degree in American History and Economics.

Norm is a Trustee Emeritus of both Brown University and White Plains Hospital, is President of American Friends of Shalva (the association for mentally and physically challenged children in Israel), serves on the board of the National Rowing Foundation, and is active in many other philanthropic organizations.

Norm is married with five children and lives in Larchmont, New York.

Please join YJP and Norm Alpert, Vestar Capital for a conversation about Norm's career and working in the private equity space.