Facetime with Peter May, Trian Partners 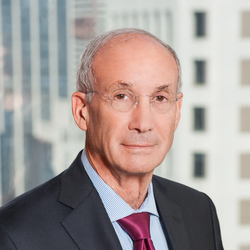 Peter May has been President and a Founding Partner of Trian since November 2005. Mr. May serves as the non-executive Vice Chairman of The Wendy’s Company. Mr. May is also a member of the board of directors of Mondelēz International, Inc. From May 2008 through May 2017, Mr. May served as a director of Tiffany & Co. Mr. May also chairs Trian’s ESG working group. From April 1993 through June 2007, Mr. May served as President, Chief Operating Officer and a director of Triarc Companies, Inc., which during that period of time owned Arby’s Restaurant Group, Inc. and the Snapple Beverage Group, as well as other consumer and industrial businesses.

Mr. May was President and Chief Operating Officer and a director of Triangle Industries, Inc. from 1983 until December 1988, the largest packaging company in the world and a Fortune 100 industrial company, when that company was acquired by Pechiney, S.A., a leading international metals and packaging company.

Mr. May is the Chairman Emeritus of the Board of Trustees of The Mount Sinai Health System in New York, where from October 2002 until April 2019 he led the turnaround of this major academic health center from serious financial difficulties to what is today one of the most profitable and fastest growing academic medical centers in the United States. In addition, Mr. May is an Emeritus Trustee of The University of Chicago and a Life Member of the Advisory Council of The University of Chicago Booth School of Business. Mr. May is Co-Chairman of the New York Philharmonic, a director of Lincoln Center for the Performing Arts, a trustee of the New-York Historical Society, and a partner of the Partnership for New York City, and was the past Chairman of the UJA Federation’s “Operations Exodus” campaign. He is Chairman of the Board of The Leni and Peter May Family Foundation.

Mr. May received A.B. and M.B.A. degrees from The University of Chicago and is a Certified Public Accountant (inactive). Mr. May also holds an Honorary Doctorate in Humane Letters from The Mount Sinai School of Medicine of New York University. 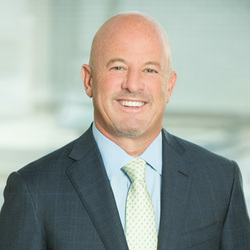 Steven Starker is a Co-Founder of BTIG. He co-founded BTIG in 2005 and Bass Trading, a predecessor company of BTIG, in 2003. In his current role, Mr. Starker is responsible for leading the firm’s strategic direction. Part of a leadership team that believes in actively servicing clients, he helps drive BTIG’s business development efforts from his pivotal seat on the institutional equities trading desk. With more than 600 employees and offices in 18 global locations throughout the U.S., and in Europe, Asia and Australia, the firm continues to gain market share and expand its footprint worldwide.

Mr. Starker has over 30 years of experience in the financial services industry. Previously, he spent three years at Goldman Sachs as a partner within the Equity Trading division. Earlier in his career, Mr. Starker was a Co-Chief Executive Officer and Partner of the Capital Markets division of Spear, Leeds & Kellogg, until its acquisition by Goldman Sachs in 2000. He began his career with Spear, Leeds & Kellogg in 1987 as an Institutional Sales Trader and Market Maker. Mr. Starker earned his BA from Muhlenberg College.

This event starts on Thursday September 24 at 9:30 PM UTC

This event is part of  YJP's "Facetime with Finance Leaders" series!

Please join YJP for a discussion with Peter May, Founding Partner & President of Trian Partners.  Mr. May will be discussing his career, investment strategy and will be providing behind the scene details of the firm he has built.  His firm is a multi-billion dollar investment management firm with approximately 50 employees that seeks to invest in high quality but undervalued and underperforming public companies.  His team looks to work collaboratively with management teams and boards to help companies execute operational and strategic initiatives designed to drive long-term sustainable earnings growth for the benefit of all shareholders.