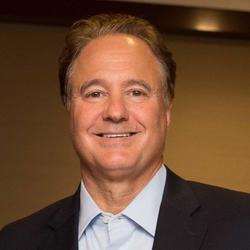 Steve Pagliuca is co-chairman of Bain Capital, a leading global investment firm based in Boston with approximately $105 billion in assets under management. He also serves as the global head of Bain Capital Private Equity’s technology, media, and telecommunications vertical and financial services vertical.

Since joining the firm in 1989, Mr. Pagliuca has played a leading role in a wide spectrum of prominent technology, media, telecommunications, financial services and healthcare businesses in which Bain Capital Private Equity has made investments.

Mr. Pagliuca received the Ron Burton Humanitarian Award in 2019. In 2018 he received the Harvard Business School Association of Boston's 2018 Business and Community Leader of the Year Award in recognition of his contributions to leadership and dedication and commitment to numerous nonprofits in Boston and beyond. He received the American Dream Award from Habitat for Humanity in 2010 for his outstanding contributions to enhancing the Greater Boston Community and in 2005 he received the Bright Star Award for recognition of his community charitable activities

Mr. Pagliuca is a managing general partner and co-owner of the World Champion Boston Celtics. As a managing partner and chairman of the Basketball Committee, he has focused on the development and improvement of the basketball operations. Mr. Pagliuca is also president of the Boston Celtics Shamrock Foundation. The Shamrock Fund helps children gain access to housing, healthcare and other services in partnership with local charities. He is also a Trustee of Bain Capital Children's Charity.

Mr. Pagliuca has been active in the area of public policy and is a former candidate for the U.S. Senate. He is a frequent contributor on television, radio and print media to provide commentary focusing on global economic issues. 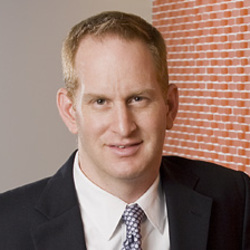 Craig was honored by the New York Law Journal by being named a “New York Trailblazer” in 2019. Craig was also selected for inclusion in the rankings by Chambers for his work in the financial regulatory space, and he has been named a “super lawyer” by Thomas Reuters each year since 2011.

Craig has served in multiple leadership roles in different Jewish organizations for over 20 years, including the American Jewish Committee (AJC), the Jewish Federation, COJECO, JCRC-NY, and AIPAC. Craig is currently a member of the AJC’s National Board of Governors, and in that role, he has served on the Interreligious Affairs Committee, the Nominating Committee, the Leadership Development Committee, and the Legal Affairs Committee. Craig is also the immediate past president of AJC’s NY Region. Craig is currently the vice president of the Board of Directors of the Jewish Community Relations Council of New York.

Craig also spends significant amount of time assisting Marine and Navy veterans and their families by serving on the congressionally mandated Community Assistance Panel for victims of the contamination at the Camp Lejeune Marine Base.

Craig and his wife, Robin, have two daughters and reside in Manhattan.

Please join YJP for a discussion with Stephen Pagliuca, co-chairman of Bain Capital, a leading global investment firm with approximately $105 billion in assets under management. He also serves as the global head of Bain Capital Private Equity’s technology, media, and telecommunications vertical and financial services vertical. Aside from his role at Bain Capital, Steve is a managing general partner and co-owner of the World Champion Boston Celtics.

Steve will be sharing his insight and answering your questions on Investing and the Global Economy.

Nathan
Login or register to view Nathan's details.
Event Over
This event has concluded.