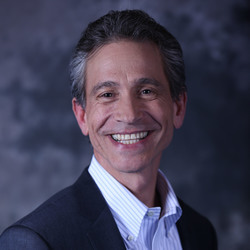 Stewart A. Kohl is Co-Chief Executive Officer of The Riverside Company, a global private equity firm founded to invest in premier companies at the smaller end of the middle market. Since 1988, Riverside has invested in more than 440 companies in North America, Europe and the Asia-Pacific region. The firm's investors include leading pension funds, endowments, funds-of-funds, insurance companies and banks.

Mr. Kohl joined Riverside in 1993. Prior to that, he was a vice president of Citicorp Venture Capital, Ltd., the private equity arm of Citibank. Under the guidance of Mr. Kohl and Co-CEO Béla Szigethy, Riverside has grown to manage more than $5.5 billion in assets. The firm employs more than 200 people in offices across North America, Europe and the Asia-Pacific region.

Mr. Kohl was inducted into the Ohio Foundation of Independent Colleges Hall of Excellence in 2009. He previously served as Co-Chair of the Building for Hope Capital Campaign of the Center for Families and Children. For 16 years, he was a "Heavy Hitter" participant in the Pan-Mass Challenge bicycle fundraiser for the Jimmy Fund of the Dana-Farber Cancer Institute.

Mr. Kohl holds a BA from Oberlin College (1977) and resides in Shaker Heights, Ohio with his wife, Donna, where they enjoy spending time with their daughter and six grandchildren. 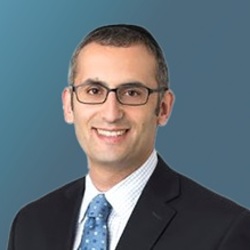 Judah represents investment and commercial banks, private equity sponsors, and corporate borrowers, in a wide variety of financing transactions including leveraged loan financings, acquisition financings, general corporate financings, financial restructurings, asset based financings, and real estate financings.
He is one of three NY partners on A&O’s Markets Innovation Group, a group of lawyers and developers who are focused on the creation of innovative solutions for clients to meet large-scale legal and regulatory challenges. As part of those efforts, Judah is a core member of the firm’s cross-border working group focused on helping clients navigate and prepare for the impact and implications of the IBOR transition. Judah’s recent publications include "Cross-Border Loans – What you Need to Know" for The International Comparative Legal Guide’s Lending and Secured Finance 2019 Edition.

Judah received his BA from Yeshiva University and his JD from Benjamin N. Cardozo School of Law.

Please join in on a conversation with Stewart Kohl, Co-CEO of The Riverside Company.

The Riverside Company is a global investment firm focused on being one of the leading private capital options for investors, business owners and employees at the smaller end of the middle market by seeking to fuel transformative growth and creating lasting value.

Since its founding in 1988, Riverside has made more than 650 investments. The firm’s international private equity and structured capital portfolios include more than 100 companies.

Riverside fosters long-term success through fundamental operating improvements and add-on acquisitions. We prefer to partner with sellers seeking to remain involved in the company, then working together to drive growth.

Joshua
Login or register to view Joshua's details.
Event Over
This event has concluded.