This event starts on Wednesday October 21 at 9:00 PM UTC

Please join YJP and Bonnie Hammer on October 21st at 5pm ET. This interactive workshop will explore leadership and diversity as well as exploring techniques to facilitate innovative thinking in your career. Our digital community will have the opportunity to partake in an intimate and candid discussion with a Q&A session. 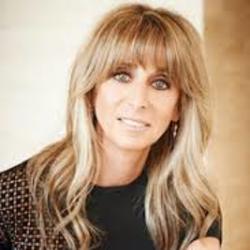 In her 40 plus year career, Hammer been involved in every facet of the television business, often being tapped to position emerging platforms for success. In her previous role as Chairman of the Universal Studio Group, she strategically aligned NBCUniversal’s content business for the global market, bringing together the company’s three powerhouse studios -- Universal Television, UCP and NBCUniversal International Studios -- under one umbrella. Prior to her studio purview, Hammer was Chairman, Direct-to-Consumer and Digital Enterprises, overseeing the creation of Peacock, NBCUniversal’s new streaming platform.

Hammer moved to Peacock after serving as Chairman, NBCUniversal Cable Entertainment where she had executive oversight of leading cable brands USA Network, SYFY, Bravo, Oxygen, E! Entertainment and Universal Kids. Under Hammer's leadership, these cable networks experienced tremendous growth domestically and internationally. During her tenure at USA, the network was the most-watched entertainment cable channel for record-setting 13 consecutive years. She also grew the network’s profitability by and impressive 33%. As her portfolio grew, Hammer developed SYFY into a global brand by extending its reach to 116 countries worldwide, guided Bravo to top 5 cable network and directed the growth, both domestically and internationally, for E! Entertainment. She also created and oversaw two award-winning production studios, UCP and Wilshire Studios, as well as the digital business Bluprint.

In 2016, with a move that Variety Magazine described as “blowing up the cable TV management playbook,” she centralized all original scripted content for the portfolio under one team and formed a new division tasked with developing forward-thinking planning, Strategy and Commercial Growth.

Earlier in her career, Hammer was an original programming executive at Lifetime Television Network, where she executive produced several award-winning documentaries for the network’s acclaimed Signature Series. She was honored with the Lillian Gish Award, several Cine Golden Eagles and the National Association for Youth’s Mentor Award. Before coming to New York, Hammer executive produced “Good Day!” for WCVB in Boston, and produced the series “This Old House,” “Infinity Factory” and “Zoom!” for PBS.

As a leader, Hammer sought ways to use her platforms to promote social inclusivity. She created and launched a pro-social campaign designed to fight hate and discrimination in America, “Erase the Hate,” in 1994. The initiative received a coveted Governors Award from the Television Academy for its groundbreaking documentaries and specials, community programs and educational materials.

Throughout her career, Hammer has been lauded for both her executive prowess and her dedication to social responsibility. She was named the 2019 “Executive of the Year” by The Hollywood Reporter. She is also consistently included on The Hollywood Reporter’s “Power 100” list and was named “Most Powerful Woman in Entertainment” by the publication. Hammer is regularly included on Fortune’s “50 Most Powerful Women” list, Forbes’ list of “The World's 100 Most Powerful Women” and Vanity Fair's annual “New Establishment” list. In 2008, Hammer received the Anti-Defamation League’s Entertainment Industry Award; she has since chaired ADL’s National Entertainment Advisory Council. For her professional contributions, Hammer has been honored by UJA Federation of New York with the group’s Steven J. Ross Humanitarian Award, the Matrix Award from New York Women in Communications, and the prestigious Crystal+Lucy Award from Women in Film. She was also inducted into Broadcasting & Cable's Hall of Fame.

Hammer currently serves on the Board of Directors of eBay and IAC/InteractiveCorp. She also sits on the AFI Board of Trustees, the Board of Governors for the MPTF Foundation and serves on the strategic planning committee for Boston University’s College of Communication.

Outside the office, Hammer is also an accomplished photographer who has had her work displayed in several galleries and in leading publications such as Time magazine and The Boston Globe. She holds a bachelor's degree in communications and a master’s degree in media and new technology from Boston University. She also received an honorary Doctorate of Humane Letters from Boston University in 2017. 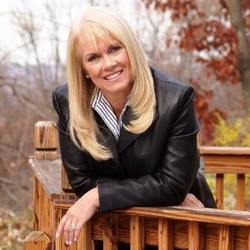 Gigi Schweikert is President & COO of Lightbridge Franchise Company. Ms. Schweikert is an internationally known thought leader in child care and supervision with 30 years of experience and 18 published books, in three languages. Schweikert has recently appeared as an educational consultant and parenting expert on CBS, NBC, Fox, and the Wall Street Journal Lunch Hour News. Ms. Schweikert has been quoted in resources such as The New Times, Entrepreneur, and Forbes.

Ms. Schweikert is the former Director of the United Nations Child Care Centre and former consultant to Primrose Schools and Kiddie Academy. She is also the mother of four children.

Andrew Ellis
Login or register to view Andrew Ellis's details.
Event Over
This event has concluded.