This event starts on Thursday October 24th at 6:30 PM. 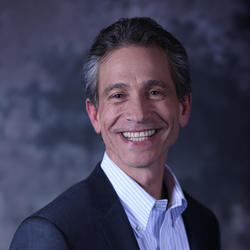 Stewart A. Kohl is Co-Chief Executive Officer of The Riverside Company, a global private equity firm founded to invest in premier companies at the smaller end of the middle market. Since 1988, Riverside has invested in more than 600 companies in North America, Europe and the Asia-Pacific region. The firm’s investors include leading pension funds, endowments, funds-of-funds, insurance companies and banks.

Mr. Kohl joined Riverside in 1993. Prior to that, he was a vice president of Citicorp Venture Capital, Ltd., the private equity arm of Citibank. Under the guidance of Mr. Kohl and Co-CEO Béla Szigethy, Riverside has grown to manage more than $8 billion in assets. The firm employs more than 200 people in offices across North America, Europe and the Asia-Pacific region.

In addition to his work with Riverside, Stewart serves as an Honorary Trustee of Oberlin College and Co-Chair of the Museum of Contemporary Art Cleveland. He is also on the Board of Trustees of Cleveland Clinic and Co-Chairs its $2 billion Power of Every One Capital Centennial Campaign. He was inducted into the Ohio Foundation of Independent Colleges Hall of Excellence in 2009. He previously served as Co-Chair of the Building for Hope Capital Campaign of the Center for Families and Children.

Mr. Kohl earned the George S. Dively Entrepreneurship Award in 2018. He was inducted into the Northeast Ohio Business Hall of Fame in 2014 and the Ohio Foundation of Independent Colleges Hall of Excellence in 2009. After spending 16 years as a “Heavy Hitter” participant in the Pan-Mass Challenge bicycle fundraiser, Stewart became founder of VeloSano, which is a charity bike event dedicated to eradicating cancer by supporting research at the Cleveland Clinic. 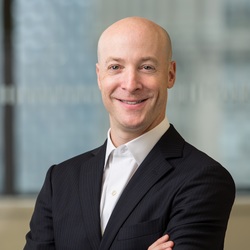 Mr. Streicher, based in New York City, has 24 years of experience in the real estate industry. Mr. Streicher serves on various Investment and Portfolio Management Committees. Mr. Streicher is responsible for all of Rockwood’s corporate and asset level borrowings, interest rate and overall leverage management.

Join us for an intimate mentoring session with finance leader Stewart Kohl, Co-CEO of The Riverside Company.

This members only session looks to give young professionals in Private Equity and Finance an insight into the industry's do's and don'ts.

Mr. Kohl will be talking about his experience, trends in the industry, and the challenges he faced along the way.

This event is open for: