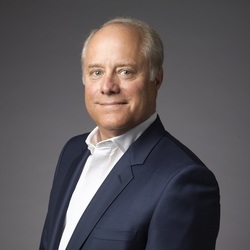 Robert A. Sauerberg Jr. is president and CEO of Condé Nast, a premier media company known for producing the highest quality content for the world's most influential audiences. Attracting more than 144 million consumers across its industry-leading print, digital and video brands in
the U.S., the company’s portfolio includes some of the most iconic titles in media (Vogue, Vanity Fair, Glamour, GQ, The New Yorker, Condé Nast Traveler, Wired, AD and Pitchfork, among others).

Under Sauerberg’s leadership, the company has launched several new vertical brands including The Hive, Healthyish, Basically, Clever, AD Pro and them, among others. In addition to focusing on next generation content, the company has transformed into a multiplatform force, with digital, video and social audiences growing dramatically in the past few years and a commitment to creating best-in-class content and experiences for consumers and business partners. In 2011, Sauerberg also led the creation of the newest division of the company, Condé Nast
Entertainment (CNÉ), to develop film, television and premium digital video programming. Since its creation, CNÉ has released four feature films, including the critically acclaimed “Old Man and the Gun” and “Only the Brave,” with many more in development. The company has several television series in production and on the air including Emmy-nominated “Last Chance U.” The company also has earned more prestigious National Magazine Awards than any competitor; CNÉ won its first Emmy Award in 2015, received a Peabody nomination in 2017 and multiple Academy Award nominations for its short-form digital content since 2015.

Prior to his appointment as president in July 2010, Sauerberg served as group president and as executive vice president of consumer marketing. Under his leadership, Condé Nast’s consumer marketing operations led the industry in circulation growth and audience vitality. During his tenure at Condé Nast, Sauerberg also served in a number of leadership roles at Fairchild Publications, Inc., including chief operating officer and chief financial officer.

Earlier in his career, Sauerberg spent 18 years with The New York Times Company in senior finance and administrative roles in the newspaper and magazine divisions, culminating in his being named chief financial officer of The New York Times Magazine Group. He also spent several years at The New York Times regional newspapers in Atlanta, Alabama, and California, where he was in charge of financial operations and integrating new businesses.

Sauerberg has an MBA from Mercer University and a B.S.B.A. in finance from the University of Arkansas. 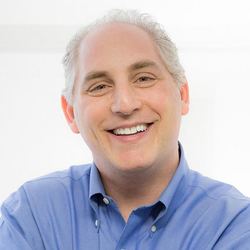 Sloan Gaon is the CEO of PulsePoint, leading the company’s vision and mission to deliver better health outcomes through data and technology.

A renowned industry veteran, Mr. Gaon has executive management expertise in global digital marketing, content and e-commerce. Prior to joining PulsePoint, Mr. Gaon served as CEO of Dotmenu, the leading online food e-commerce company, where he successfully navigated its acquisition by Grubhub. Through Dotmenu's flagship sites Allmenus and Campusfood, Mr. Gaon successfully grew reach and revenue for the biggest network of restaurants across the nation.

Prior to Dotmenu, Mr. Gaon was General Manager of the Web Content channel of Adknowledge, (the 4th largest ad network in the world) where he was responsible for managing the strategy, product, sales, business development and P&L of the group. Mr. Gaon also held numerous management positions at MIVA/Findwhat including SVP, Consumer Entertainment and Corporate Development where he was responsible for managing the M&A activity and strategy of the company, including the sale of the MIVA ad network assets to Adknowledge and Spill.com to Hollywood Media.

Before joining MIVA, Mr. Gaon was COO of RegistryPro, Inc., a subsidiary of Register.com. Prior positions include Director of Business Development at Register.com and VP of Internet Initiatives at TurboChef Technologies, where he was responsible for structuring global strategic alliances and joint ventures. 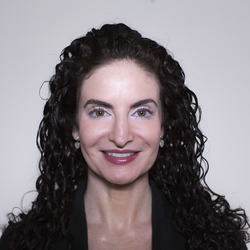 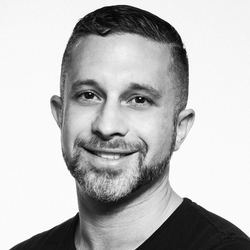 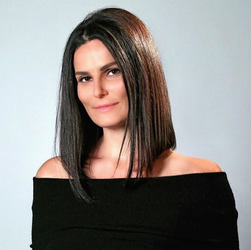 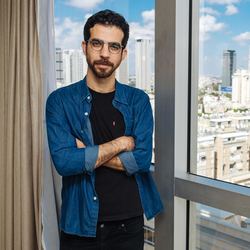 Prior to joining REVOLT, Smith spent over 15 years at top-tier advertising agencies including Dentsu/360i, Young & Rubicam, Deutsch and Ogilvy, where she served as a Partner. Her branding and marketing experience spans a diverse array of industries, including luxury, beauty/fashion, music, retail, technology, spirits, consumer product, energy, automotive, television and financial services categories and consumer product categories. During her career, Smith has also worked in marketing within insurance and financial services at two Fortune 100 organizations, TIAA-CREF and JPMorgan Chase.
A Midwesterner turned Manhattanite, Smith is a graduate of Loyola University of Chicago. She currently resides in Manhattan with her husband.

BMF was built on Brian’s creativity and commitment to forging unique experiences that meet the needs of both brands and consumers, by establishing platforms and experiences that evoke a deeper level of emotional engagement.  He has always been a passionate believer that brand experiences can transcend moments in time to influence long-term changes in consumer behavior and brand affinity. Brian constantly brings new perspectives to category and industry norms, to inform the design of experiences that establish authentic relevance and stand out from the crowd. He’s a connector and a creator, known for the long-term relationships he’s cultivated with brands and the marketers behind them.

What started as a fun hobby in 2014 turned into a full time Social Media Brand and Company just a few short years later. Jewish Chick is not only one of the most recognizable names in the Jewish world, but boasts numerous brand partnerships with company’s such as American Girl/Mattel and Milly, one of the most sought after brands in Fashion.

Moti Cohen is the Co-founder and CEO of Apester, a content management platform that enables the creation, distribution and monetization of interactive digital content for publishers and brands. Since the company’s founding in 2014, Moti has driven the company’s vision, business objectives, and guides its mission, values and strategy. Under Moti’s leadership, Apester has grown in to an international company of over 1,500 premium publisher partners serving over 100 million engagements monthly.
Prior to co-founding Apester, Moti served as the Head of the Algotrading and visual science R&D Team at Israel’s largest investment bank, Psagot Ofek. He led a team of 25 engineer and business intelligence analysts in the development of the company’s automated trading solutions.
Moti is an Advisory Board Member of the Israeli Export Institute, leading the IEI services for the Israeli digital media sector. He holds a BA in Business and Economics from Peres Academy Center, and lives in New York with his wife.
When he’s not the driving force behind the evolution of content, Moti is a musician, game theory and behavior analysis freak. 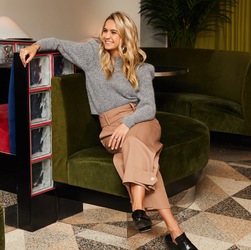 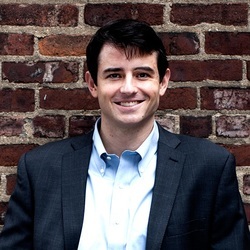 Nina Faulhaber is co-founder of ADAY, a direct-to-consumer brand with the aim to lift the standard for clothing by creating essentials from technical fabrics: a wardrobe that does more with less. Prior to ADAY, Nina was a Venture Capitalist at Index Ventures, an investment banker at Goldman Sachs and in a former life a competitive gymnast in Germany. Nina was named to Forbes 30 under 30 in Retail & E-Commerce in 2016 with her co-founder Meg and ADAY was named one of Fast Company's Most Innovative Companies in 2018 and has been featured in Fast Company, Vogue, Refinery29 + Conde Nast Traveler.

Nina is passionate about minimalism, planet earth, human connection + creating a beautiful future and the role ADAY as a brand plays when it comes to conscious living, sustainability + creating that very future.

Prior to founding Stylinity, Tadd held senior sales, management, and product development positions at HSBC and Catamaran. At Catamaran, Tadd was responsible for the ideation and development of a value-based pharmacy benefit management solution that measurably improved adherence rates for multiple disease states and a proactive real-time claim subrogation engine. Tadd’s prior interest in technology entrepreneurship led him to found NRGOnline, a web development company, while earning his degree in International Business and Management at Dickinson College, with specializations in in econometrics and Latin American Studies.

Tadd has been featured in Forbes and as a panelist at PricewaterhouseCoopers, in addition to serving as a subject matter expert for their "Total Retail 2015: Retailers and the Age of Disruption" report. An avid hiker, skier, and traveler, Tadd enjoys combining his love for technology with his passion for the great outdoors.

This event starts on Wednesday March 6th at 6:00 PM.

YJP is proud to present an incredible evening of insights and discussion with Bob Sauerberg, Chief Executive Officer & President of Condé Nast.

Attendees will have the opportunity to dine with Mr. Sauerberg, join in a candid fireside discussion and Q&A session, and mingle with other rising stars in the fashion, merchandising, media, and luxury spaces over cocktails and gourmet bites.

Jonathan
Login or register to view Jonathan's details.
Event Over
This event has concluded.