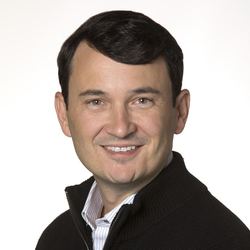 Hal Lawton was named president of Macy’s in September 2017. As president, Lawton is responsible for all aspects of the Macy’s brand, including merchandising, marketing, stores, operations, technology, and consumer insights and analytics. Previously, Lawton was senior vice president, eBay North America, since April 2015. In that role, Lawton oversaw all aspects of eBay’s Americas business unit, including marketing, merchandising, operations, business selling, consumer selling, and advertising, as well as global responsibility for shipping, payments, risk, and trust. Prior to joining eBay, Lawton spent 10 years in various leadership roles at Home Depot, where he most recently was senior vice president for merchandising. Lawton was responsible for accelerating the growth of Home Depot’s Internet business and building it to nearly $2 billion. Prior to that, Lawton was an associate principal at McKinsey & Co., providing strategic advice to executive teams in consumer packaged goods and manufacturing industries. 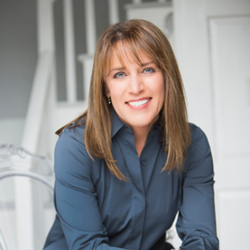 Jill Standish is the Senior Managing Director for Accenture’s Global Retail Consulting Practice. In this role, she is responsible for the overall vision, thought leadership, and strategy. Key elements of the role include defining the portfolio of clients, offerings, and strategic alliances with software providers, as well as the makeup of the talent in order to serve the retail industry globally.

Jill has over 20 years of experience with previous leadership positions in sales, marketing and consulting in retail. Prior to joining Accenture, she was Senior Vice President and General Manager for the Retail Business Unit at Oracle, responsible for the full P&L and go-to-market for the retail
portfolio of solutions. Before that, Jill spent much of her career at IBM in various leadership positions. She was the Vice President and Global Leader for IBM’s Global Business Services retail consulting practice, responsible for the vision, strategy and financial growth of the retail business and also held the role of Vice President, Retail Store Solutions.

In 2017, Jill was named by Retail Leader as one of the industries “Women to Watch in Retail”. She was honored by Women’s Wear Daily as being among the 2017 Women Leaders in Business. She was also named by Consulting Magazine as one of their Top 25 Consultants for her vision and strategy in the retail industry. Jill has been quoted and regularly publishes thought leadership in publications such as the Wall Street Journal, USA Today, Chain Store Age, and Stores Magazine. 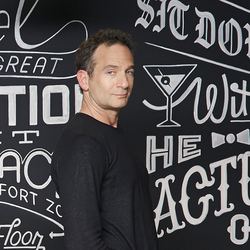 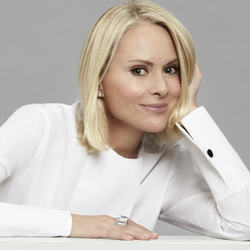 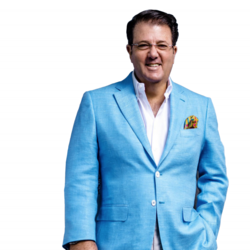 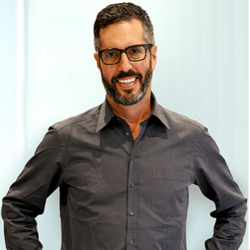 David Lubars is Chief Creative Officer, BBDO Worldwide.  In the 15 years since David joined BBDO as its creative lead, the agency has become the most creatively recognized in the world.  For example, for 13 years in a row, BBDO has been ranked as the world’s most awarded creative agency network.  And BBDO has won Network of the Year at Cannes a record- setting seven times.

The work isn't just creative.  Four times Effie has named BBDO the most effective agency network in its Effie Effectiveness Index.  And this past year, the independent World Advertising Research Center (WARC) named BBDO the “Best of the Best” in its first-ever index of excellence, aggregating results from its Creative 100, Effective 100 and Media 100 rankings.

David has personally won 200 Cannes Lions and five Emmy’s (including this year).  His BMW Films was the first ever Titanium winner at Cannes and is part of MoMA's permanent collection in NYC.

Most recently, David was inducted into The One Club Creative Hall of Fame, and was honored with a Clio Lifetime Achievement Award.  He has also been named one of the top ten creative directors of all time by Forbes. In June, David served as the President for this year’s Titanium Jury at Cannes.

Louise Camuto is the Co-Founder and former Chief Creative Officer of Camuto Group, a company she co-founded with her late husband, footwear pioneer Vince Camuto. Camuto Group was formed in 2001 as a footwear design, development and distribution resource for retailers. Over the next eighteen years, the Camutos diversified the company, acquired licenses and partners, introduced new brands and built Camuto Group into a global business. Today, the company has over 5,400 points of distribution in more than 70 countries. Vince Camuto retail locations are approaching 100 global outposts and can be found in more than 45 countries.

In 2005, the company launched the Vince Camuto collection, expanding over the next ten years from footwear into more than 30 categories, including accessories, apparel, fragrance, home and menswear. In 2012, Louise Camuto developed her own collection, Louise et Cie®, a cultivated line of shoes and jewelry and handbags.

Louise lives in Connecticut with her 15 year old son.

Oscar has been immersed in all aspects of the organization since joining the company in 1980, and takes great pride in the development of the business coupled with his personal and long standing industry relationships. He served as the company’s Chief Operating Officer beginning in 1993 and was elected Vice Chairman of PEI’s Board of Directors in 2005. In April 2016, he was appointed CEO and President providing the company’s strategic foundation and direction, resulting in increased operational and financial performance enhancing shareholder value. Oscar’s
entrepreneurial spirit, visionary leadership and approach to the future has enabled the company to flourish as he continues to transform its 50+ year legacy as a private company.

Additionally, he devotes his time and energy to various civic and philanthropic commitments. He is a member of the YPO/WPO, and belongs to the United Way of Miami-Dade’s Tocqueville Society. Oscar has received various charitable awards such as the 2010 K.I.D.S. Achievement Award from Kids In Distressed Situations, Inc., the recipient of the 2012 National Father’s Day Committee’s Father of the Year Award, and was Apparel Industry Honoree for the 2016 Ronald McDonald House New York Annual Gala. Oscar also received the prestigious 2017 Ponce de Leon, CEO of the Year Award from the Spain US Chamber of Commerce.

Member of the executive board of the Greater Miami Chapter of the Friends of the Israel Defense Forces is a labor of love. He also supports the Kosher Food Bank, sits on the Miami Dade College advisory board for the Miami Fashion Institute, and is an active advisory board member for the Jay H. Baker Retailing Center, of the University of Pennsylvania's Wharton School. He serves on the American Apparel and Footwear Association Board, and was recently appointed to the Board of the Jack Nicklaus Hospital Foundation. He is also a member of the U.S. Advisory Board for the Istituto Marangoni located in the Design District of Miami, FL.

Oscar has been married to his wife Ellen for 37 years and resides in Miami Beach, Florida. They have three beautiful daughters: Jennifer Hardoon, Erica Lichy and Stephanie Tauber. Adoring grandparents to granddaughters, Hailey, Elizabeth, Miriam, Leya and grandsons, Henry, Moshe, and Meir. He is proud of his Cuban heritage, strong faith and believes in the importance of instilling generational family values. He is a tennis enthusiast, an avid sports fan and takes pleasure in boating and cycling.

A true entrepreneur of the computer age, Sam quit formal schooling (in computer science and mathematics) to pursue his vision. In 1985, observing long lines at the local Benetton store, he demonstrated the need for a computerized system for the franchisee. Unable to find one that met the retailer’s expectations, he created his own. From his vision for an affordable, PC-based solution for specialty retailers, Sam went on to develop the single-platform, feature-rich technology that is today’s leading enterprise-class, cloud-based system for the retail industry. Sam takes his clients’ success personally. He is a hands-on leader with an obsession for excellence, who guides every aspect of KWI. Married, with four children, he is a deeply committed family man and is active in charitable foundations.

YJP is proud to present an incredible evening of insights and discussion with Hal Lawton, President of Macy's Inc.

Attendees will have the opportunity to dine with Mr. Lawton, join in a candid fireside discussion and Q&A session, and mingle with other rising stars in the fashion, retail, and merchandising spaces over cocktails and gourmet bites.

Adam
Login or register to view Adam's details.
Event Over
This event has concluded.