Join YJP for an incredible evening of insights and discussion from Tom Tull, Chief Investment Officer at the Employees Retirement System of Texas (ERS).

Attendees will have the opportunity to dine with Mr. Tull, join in a candid fireside discussion and Q&A session, and mingle with other rising stars in the finance, banking, real estate, and investment spaces over cocktails and gourmet bites. 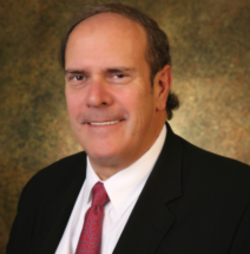 Tom Tull, CFA, is the Chief Investment Officer at the Employees Retirement System of Texas (ERS). Previously, he was a founding partner of Gulfstream Global Investors, Ltd., an SEC-registered investment adviser specializing in international equity management that was sold to West LB of Germany in January 2001.

Mr. Tull is the former Director – Employee Benefit Fund Investments for The LTV Corporation and also served as President of Western Reserve Capital Management, Inc., the pension asset management subsidiary of The LTV Corporation. In this capacity, he was responsible for the investment of a $1.2 billion retirement trust. This responsibility included the management of a $90 million international equity portfolio and the management of the outside investment manager relationships.

Prior to joining LTV in February 1983, Mr. Tull served for seven years as Director – Pension Investments of The Cleveland-Cliffs Iron Company. He managed an in-house pension fund, introduced international investing and other diversification policies, and performed a variety of corporate duties. His investment career began in 1971.

While in the private sector, Mr. Tull provided his expertise to ERS as a member of the Investment Advisory Committee to its Board of Trustees. He served in this role for 11 years before joining ERS as the Director of Strategic Research, focused on developing ERS’ hedge fund program and further expanding its investment program.

He also served a three-year term as member of the National Adjudicatory Council of the Financial Industry Regulatory Authority (FINRA). FINRA is the largest independent regulator of securities firms doing business in the United States.

Mr. Tull received a B.S. in Finance from Ohio State University and an M.B.A. from Xavier University, and is a CFA® Charterholder. He also is an Advisory Board Member of a variety of organizations such as Institutional Investor and Sponsor for Education Opportunity (SEO). Mr. Tull is a U.S. Army veteran with service time in both Korea and Vietnam. 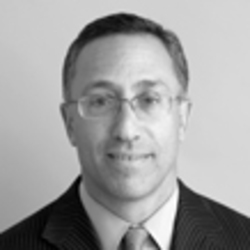 Mr. Shenfeld is the Co-Founder and President of MidOcean Credit Partners a $7.4 BN alternative credit platform. He is responsible for managing and overseeing its investment strategies and operations and chairs its Management and Risk committees and is a member of its Investment Committee. Prior to joining MidOcean, Mr. Shenfeld was a General Partner and Founder of MD Sass Macquarie Financial Strategies, a private equity fund focused on acquiring/seeding stakes in asset management companies. Previously, Mr. Shenfeld was a General Partner with Avenue Capital Group LLC, a multi- billion dollar distressed debt and credit investment platform. He was also a Managing Director for BancBoston Robertson Stephens and Bankers Trust supervising various business units including Leveraged Finance, High Yield Capital Markets and Global Finance Sales and Trading. Mr. Shenfeld has a BA from Tufts University and an MBA from University of Michigan Ross Business School.