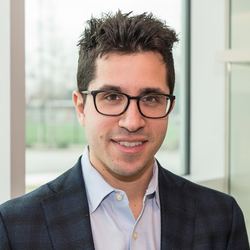 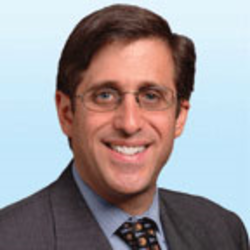 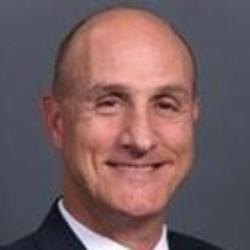 Jeff started his career in real estate working at Eastern Consolidated, first as an investment sales broker before moving to the Director Of Business Development where he led a team of 35 investment sales, retail leasing, and capital advisory brokers. Jeff then continued in his trajectory at Blumenfeld Development where he became the VP of Acquisitions and Development, focused on acquiring industrial, self-storage and multi-family assets in the NY tristate area. Jeff is currently VP and Head of Originations at Churchill Real Estate, where he focuses on originating new loans, and acquiring defaulted notes.

Mr. Cohen is President of the Tri-State Region. When the firm operated as GVA Williams, Mr. Cohen was the third generation of his family to head the firm, which was founded in 1926. He chaired GVA Williams’ Executive Committee and was the founding partner and Chairman of GVA Worldwide Ltd., GVA Williams’ strategic partnership of leading real estate firms serving 120 business capitals on five continents.

An expert real estate advisor, Mr. Cohen has represented an elite clientele of the nation’s top companies, including American Express, ADP and Parsons Brinckerhoff. He specializes in representing corporations in the acquisition and disposition of office space nationwide.

Mr. Cohen represents a wide range of clients regionally, nationally and internationally. He represents SS&C Technologies on a global basis. On a national scale, he manages ALM’s real estate needs. And he represents Signature Bank and accounting firm Marks Paneth throughout the NYC Metro region. He also has extensive experience representing law firms and represented Holland & Knight in the acquisition of 100,000 square feet at 31 West 52nd Street and Smith, Gambrell & Russel in their relocation to 30,000 square feet at 1301 Avenue of the Americas.

Mr. Cohen is also asset manager of several New York City office buildings, including 57 West 57th Street and 224 West 57th Street. In this capacity his responsibilities include overseeing leasing, management, and, in some cases, the restoration, redevelopment and repositioning of properties. At 28 W 23rd Street, Mr. Cohen represented the landlord in the disposition of 200,000 square feet to AppNexus.

Mr. Cohen graduated from the University of Pennsylvania.

COMMUNITY INVOLVEMENT
Mr. Cohen is on the Board of Directors of several organizations, including The Roundabout Theatre Company and the Jewish National Fund of Greater New York. He is also a past Chairman of the Board of Housing and Services Inc. and past President of Young Presidents’ Organization NYC Metro Chapter.

Mr. Lewis is Chairman, President and a founder of Wharton Equity Partners. Since its inception in 1987, he has overseen the expansion of the firm's investment reach in the areas of real estate and private equity.

Regarding its real estate activities, Wharton Equity plays an active role in the transactions it undertakes. With roots in large scale residential developments, as well as the ownership of various asset types from office, hotels, and apartments to self-storage, the firm combines in-depth operational experience, with institutional capital markets sophistication.

In 2012, Mr. Lewis spearheaded the launch of the firm’s multi-family strategy with the purchase
of over $400 million in properties located primarily in the southeast and central US, including the
acquisition of an 18 property, 4,179 unit portfolio.

Recently, Wharton Equity opened a Miami office on the heels of its purchase, through a deed-in-lieu of foreclosure, of a 2.2 acre parcel of land in downtown Miami, zoned for a 2 million square foot mixed use project. The transaction was done in partnership with a global hedge fund. In addition, the firm and a New York real estate family, is in the process of developing an approximately 500,000 SF mixed use project on the border of the Design District, which will contain over 60,000 SF of retail space and 194 rental apartments upon completion. Around the corner in the Design District, Wharton Equity is also in the planning process of building an approximately 20,000 square foot boutique “high-street" retail property. Over his career, Mr. Lewis has been involved in well over $2.0 billion of real estate transactions. In addition, Mr. Lewis and Wharton Equity are active venture capital investors with a focus on later-stage growth companies.

Mr. Lewis received his BS in Economics from the Wharton School at the University of Pennsylvania and his MBA from Columbia University Graduate School of Business. He resides in Old Westbury, Long Island with his wife and three children. 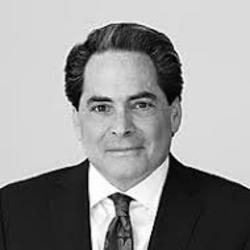 Barry Seidel is Co-CEO of Keysite. Mr. Seidel was Senior Vice President of Republic National Bank of New York (“Republic”), where he began his career as the Assistant to the Chief Executive Officer and held various positions for nearly 20 years. At Republic, Mr. Seidel was responsible for real estate lending, corporate real estate and special investments in real estate for the bank, its private clients and its principal shareholder, Edmond J. Safra. After the sale of Republic, Mr. Seidel became a partner and member of the investment committee at The Athena Group LLC (“Athena”), a real estate investment company. He was responsible for acquisitions, finance and management of Athena’s real estate opportunity funds.

Mr. Seidel served for over 10 years as a member of the New York State Common Retirement Fund Real Estate Advisory Committee. He is a member of the Rutgers Business School Financial Advisory Board and the Finance Committee of the Real Estate Board of New York. He received a B.S. in economics from Rutgers University and an M.B.A. in economics and finance from Rutgers Business School.

This event starts on Wednesday February 19th at 6:30 PM.

Join us for an exciting evening with signature cocktails, and strategic networking as we convene the New York's top movers and shakers in the real estate industry. Our exclusive round table format was specifically designed to foster organic discussions about the future of real estate investing, develop new long-term professional relationships, and allow our members to explore potential partnerships and professional opportunities. The large round table discussion will be comprised of speakers' insights on current trends/opportunities in the real estate market and tried-and-true advice on how to operate a successful real estate investment firm.

Isaac
Login or register to view Isaac's details.
Event Over
This event has concluded.