The Real Estate & Hospitality Roundtable will bring together top executives and like-minded professionals from the hospitality and real estate industries. The evening kicks off with dinner, drinks, and networking, where you’ll find fresh faces and reconnect with some familiar ones. Afterward, you will take a seat at a roundtable for a 1 hour panel on our mainstage.

Sushi, beer, and wine will be provided. Dietary Laws Observed. 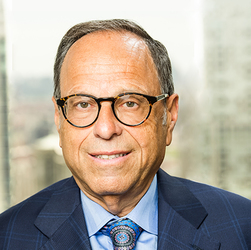 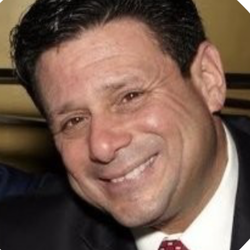 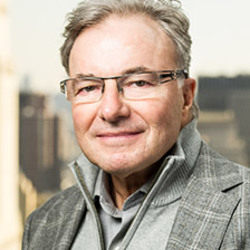 Allen Gross, Chairman & CEO of GFI Capital Resources Group, brings over 40 years of real estate expertise to the company. In 1978, Mr. Gross started as a real estate transactional attorney and soon established a neighborhood mortgage banking business while seeking opportunities to rehabilitate under-performing multifamily assets. This later became the foundation for GFI’s property management portfolio which currently manages close to 16,000 residential apartment units throughout the country. In 1979, Mr. Gross started focusing his attention on developing and converting various condominium and cooperative projects. His ability to maintain strong lender relationships has enabled Mr. Gross to also be a driving force in the commercial sales and finance markets.

Among his many accomplishments includes the development of the Ace Hotel New York, a 287-room boutique hotel that was internationally praised by publications such as The New York Times and Wallpaper Magazine, as well as winning a coveted award for best boutique design hotel from Interior Design magazine. Allen’s main emphasis has been on creating value in any project he’s involved in; which includes neighborhood revitalization. Mr. Gross's most recent strategic development was The Beekman Hotel & Residences in downtown Manhattan. This unique, historic structure, together with an adjacent site, has been converted into a luxury hotel consisting of 287 guestrooms and 67 residences and has become a catalyst in the revitalization of lower Manhattan with its close proximity to major landmarks including the new One World Trade Center (Freedom Tower) and the New Fulton Street Transportation Center. The Beekman Hotel has been featured in many elite publications including The New York Times, Wall Street Journal, Hotels Magazine, and Vogue. The Beekman has received multiple awards including Travel & Leisure Magazines, “Best Hotels in New York State,” and Trip Advisors “Best 5 Star Hotels In New York City 2017.”

Mr. Gross is not only an established entrepreneur, but also serves his community by guest-lecturing at universities, real estate symposiums, and various other organizations.

Jay Stein is Chief Executive Officer of Dream Hotel Group, overseeing the evolution and expansion efforts of the company and its portfolio of brands: Dream Hotels, Time Hotels, The Chatwal and Unscripted Hotels.

With more than three decades’ experience in the hospitality business, Stein has served in a variety of property and corporate roles with renowned hotel brands Hilton Worldwide, Starwood Hotels & Resorts and Doral Hotels. He began his career in 1983 with Hilton’s Vista International Hotel in New York City. A veteran of food and beverage management, he turned his sights to general hotel operations in 1987 and quickly rose through the ranks to become Managing Director for three Doral Hotels in New York City. After taking those properties through the transition to Starwood, he joined Dream Hotel Group as Executive Vice President of Operations and was soon promoted to Chief Operating Officer in 1997, overseeing hotel operations and playing a vital role in the company’s expansion efforts. Stein was named CEO in 2015.

Joel leads GFI’s hospitality group with a focus on value creation and developing solutions to achieve ownership’s investment objectives. Joel brings more than 45 years experience in hotel & resort development, management contract negotiations, operation of lifestyle hotels, marketing and sales, capital projects, property tax valuation, and asset management. Prior to joining GFI, Joel was partner in Geolo Capital and a founding partner of Horwath HTL (Canada) and its Chairman and CEO. He has asset managed and provided advisory services to hotels and resorts ranging in size from 59 rooms to 1600 rooms in Canada, the US, Mexico, Caribbean and Asia.

Joel was a Partner in the hospitality consulting practices of Laventhol & Horwath and Price Waterhouse, where he worked with major hotel brands, lenders and developers. Before launching Horwath HTL (Canada), he was Vice-President of Marketing & Sales for Delta Hotels & Resorts where he was responsible for brand management, national and international sales and its guest loyalty program. Joel is a graduate of Michigan State University’s School of Hospitality Business. 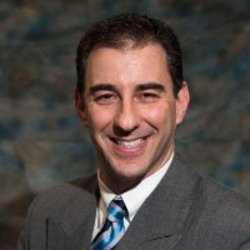 Hospitality Too manages hotel arrangements for Fortune 500 Corporations, groups, and individuals around the world. Hospitality Too is able to save bottom line revenue while increasing the experience for the traveler. Their entire team is comprised of people from the hospitality industry, which differentiates Hospitality Too from other companies who handle travel.

Steven Brot joined Hospitality Too in May 2005 as a Managing Director, and in December 2006 was named President and CEO.

He started in sales at the age of 8, when he and his older brother Rich had a neighborhood bagel route. They would take orders during the week for Sunday morning delivery. His father would drive them to the local bagel shop on Sunday morning at 6:00am and help them place the order as well as offer financial backing.
After driving a tow truck in the evenings and going to school during the day, it was time for a change into the hotel industry. Steve started his career with Hilton Hotels Corporation in 1990 as a concierge in a AAA 5 diamond hotel (there were only 47 AAA rated 5 diamond hotels in North America at that time). He then accepted a position as Director of Front Office with Accor Hotels and spent two (2) more years in hotel operations. The next 12 years were spent as a Director of Sales and Marketing and as a task force General Manager. He has worked with prestigious companies such as Carnival Hotels and Casinos, Interstate Hotels and Resorts and Hilton Hotels Corporation.

Mr. Brot is also personally and professionally involved with organizations such as The Wounded Warrior Project, and Shatterproof, which brings awareness to the battle some folks face with addiction. 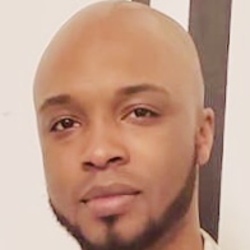 Ali Sheppard is an experienced restaurateur and has over a decade of experience in the New York City restaurant industry. He is the Business Development Manager for Sheppard Consolidated Hospitality and Managing Partner for Uncle Jacks Meat House. Previous positions held through his career include: Director of Operations, District Manager and General Management.

Mr. Sheppard has spent his career thus far developing himself into the premier hospitality expert in the NYC market. Mr. Sheppard believes in order to truly be an effective executive in the hospitality industry it requires a well-rounded approach. Therefore, he spent his entire career cultivating his skills of expertise in the following areas: SOP’s, QSR & Full Service Operations, Gross Profit Management, Productivity Gains and Supply Chain Optimization.

Recently Mr. Sheppard has launched his own consulting brand within the last 4 years and continues to grow multi-million organizations to the next level. Mr. Sheppard has many accomplishments and has been featured in many publications throughout his career: San Diego Business Journal , NY1 and Local Food Blogging enthusiast.

Jordan
Login or register to view Jordan's details.
Event Over
This event has concluded.