How to Leverage Your Relationships to Source investments with Russell Appel, Founder of The Praedium Group 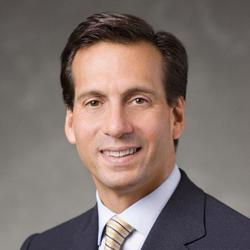 In addition to his responsibilities with The Praedium Group, Mr. Appel ran Credit Suisse/First Boston’s (“CS”) Commercial Mortgage Finance business from 1991 to 1994, where he became a Managing Director. At CS, Mr. Appel supervised the execution of commercial and multifamily asset securitization and sale advisory assignments totaling in excess of $13 billion. Prior to joining CS in 1991 and his association with The Praedium Group, Mr. Appel was a Vice President in the Real Estate Department of Goldman Sachs & Co. for five years. At Goldman Sachs, he was involved in real estate-related sales, financings, mergers and acquisitions and capital markets transactions totaling in excess of $3 billion.

This event starts on Thursday November 05 at 5:30 PM UTC

The YJP invites you to attend our November (virtual) Real Estate Entrepreneurship Symposium. Part one will a mentorship session with Russell Appel, Founder of The Praedium Group.

Join us and a group of young rising stars in the industry of New York’s most prominent dealmakers, investors, owners, and executives as we convene on November 5th to discuss strategies for investing young, and best practice for finding partners.

Matthew A
Login or register to view Matthew A's details.

Ilya
Login or register to view Ilya's details.
Register for this event