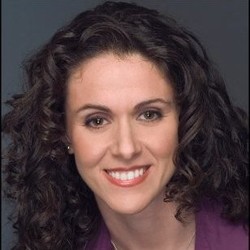 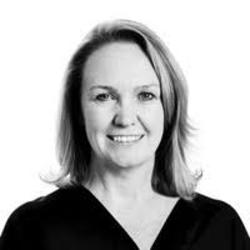 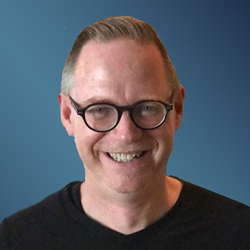 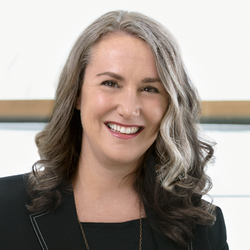 As Global Head, Executive Talent and Leadership Development, Carol Cohen shapes Cognizant's worldwide talent strategy to accelerate company executives as industry-leading at every stage of the leadership pipeline. Carol’s experience spans across management consulting, business development, strategic talent, succession planning, executive development, global diversity and inclusion, workforce analytics, and leadership performance. Through cutting edge people analytics, her team also applies technology to talent data to make better-informed management and business decisions. She is also a founding member of the Board of Directors of the Cognizant U.S. Foundation, a $100 million non-profit organization that supports education, skills programs, and public-private partnerships to re-skill talent in the US with digital technology skills.

Prior to joining Cognizant, Carol worked as Vice President, Talent & Engagement for Thomson Reuters and Vice President, Global Talent for American Express. Before moving into HR, Carol spent several years in management consulting for Perform Consulting leading organizational effectiveness, transformation, and business process improvement efforts across technologies, retail, energy, and financial services. Carol earned her MBA, with a concentration in International Business, from the University of Colorado and her undergraduate degree at Rutgers in Psychology and Sociology.

Janis Leigh was appointed Chief Human Resources Officer in June 2017. Prior to this appointment, Ms. Leigh held the role of Senior Vice President, Human Resources and Organizational Development, HBC from February 2015 to May 2017. Ms. Leigh has 20 years of Human Resources experience gained in progressive roles at HBC; establishing strong trusted relationships and partnering effectively on the integration of organizational structures, the development of strong leadership teams, and the building of bench strength.

Ms. Leigh holds a Bachelor of Social Sciences with a concentration in Political Science from the University of Ottawa.

John previously served as chief people officer at Dun & Bradstreet from 2014 to 2016, where the human resources portfolio included real estate and workplace strategy, and at AOL from 2011 to 2013. He joined AOL from Thomson Reuters, where he headed human resources for Thomson Reuters Markets, which provided content and technology for financial and media markets. Prior to that, he held senior human resources roles at Reuters in New York and London.

An expert in leadership, talent, and organizational culture and change, John has led a number of initiatives that have received industry awards and been featured as best practice in publications such as Stephen Bungay, The Art of Action (2011); Jeff DeGraff and Shawn Quinn, Leading Innovation (2006); and Simon Barrow and Richard Moseley, The Employer Brand (2005).

A lawyer by training, John joined Reuters in 1995, serving as general counsel for Reuters America from 1997 to 2000. Prior to Reuters, he was an associate with Sullivan & Cromwell and a law clerk for the Honorable Robert W. Sweet of the Southern District of New York.

John is married to his high school sweetheart, Darlene, and they have three children - Cassie, a manager with Accenture Strategy; Jorie, a behaviour specialist working with children on the autism spectrum; and Cody, a graduate student in literary studies at the University of Amsterdam. 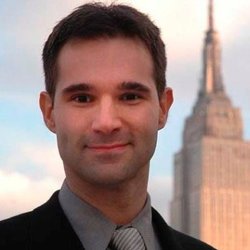 Chason Hecht is an advocate and innovator of employee retention strategies. He is a popular speaker, the publisher of Employee Retention News, and the founder of Retensa, a firm dedicated to addressing the social and economic impact of employee turnover. Retensa provides retention solutions, software, and metrics to clients in 44 countries and 12 languages. Before founding Retensa, Mr. Hecht led IT strategy and integration projects for Keane, Inc., a global e-business consulting firm for the Fortune 500. Mr. Hecht helped leading companies in finance, technology, and entertainment in the US and Europe, delivering over $40 million in information systems. In 1997, he co-founded a web-based retail outlet and one of the first graphical user experience e-commerce websites.

Mr. Hecht served on the Board of Directors of MetroSET, a Learning and Development Association, and the International Society of Performance Improvement (ISPI) and is an enthusiastic supporter of the Big Brother/Big Sister organization. Additionally, Mr. Hecht has bicycled across the United States, climbed Mt Fuji, and worked in the Israeli army. 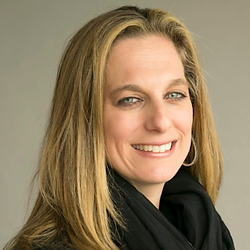 Elizabeth Berman is the Chief People Officer of BBYO. She is a seasoned business leader with a 20-year track record of accelerating organizational success by reimagining Human Resources for large enterprises, start-ups and non-profit organizations. Her expertise spans all facets of HR including talent management, change management, organizational design & performance, training & development, payroll, benefits & compensation. Prior to BBYO, Elizabeth served as the Head of HR for Vevo, the pioneering premium music video and entertainment platform. She originally made her mark in the cosmetics and fashion industries as an HR leader with Estée Lauder Companies, Nike, and Macy’s. Elizabeth earned her Master of Industrial & Labor Relations degree and her Bachelor degree in Hospitality Management from Cornell University. She continues to serve the university as a member of the Cornell ILR Alumni Association Board of Directors. Elizabeth is married with two children and cares deeply about mental health and wellness. Outside of work, Elizabeth coaches elementary school boys for Let Me Run, a non-profit empowering boys to live an active lifestyle while building healthy self-esteem. 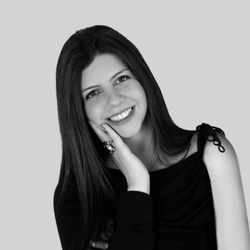 YJP is an exclusive community dedicated to connecting young professionals with industry leaders. Join us as we discuss what HR experts are looking for when they hire top talent and how to retain them with a stellar office culture. We will be serving a gourmet dinner, signature cocktails, and strategic networking as we convene with the industry's top movers and shakers!

Questions about this event? Please email Leah at leah.n@yjpnewyork.com