In-Person Dinner: An Evening with David Rubenstein, Co-Founder & Co-Chairman of the Board at The Carlyle Group

Please join us for an exciting evening with gourmet bites, signature cocktails, and strategic networking as we welcome top movers and shakers on Wall Street. We are excited to host David Rubenstein, Co-Founder and Co-Chairman of the Board at The Carlyle Group as the evening's panelist.

For questions about the event please reach out to: brooke.steinman@yjpnewyork.com

Attendee Policy
YJP Sessions are open to professionals in their 20s and 30s. If you are interested in attending, please apply by clicking the "register" button. A member of our team will review your information and get back to you shortly. If you have over 20 years of experience and do not qualify for this session, we will be happy to provide further information on our executive-level membership and involvement opportunities for which you do qualify. Non-members of YJP are welcome to join one event to experience our group. After your first event we ask that you apply to become a member if you wish to continue being involved in our community.

Non-Solicitation Policy
YJP has a non-solicitation policy covering all of our conferences and events. In order to provide a distraction-free environment for our mentors, sponsors, attendees, and employees, we do not allow solicitation at our events by attendees or unauthorized parties without the express written permission or consent from YJP. 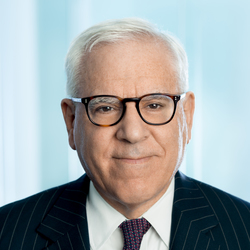 David M. Rubenstein is Co-Founder and Co-Chairman of The Carlyle Group, one of the world’s largest and most successful private investment firms. Established in 1987, Carlyle now manages $369 billion from 29 offices around the world.

Mr. Rubenstein is Chairman of the Boards of the John F. Kennedy Center for the Performing Arts, the Council on Foreign Relations, the National Gallery of Art, the Economic Club of Washington, and the University of Chicago; a Fellow of the Harvard Corporation; a Trustee of Memorial Sloan-Kettering Cancer Center, Johns Hopkins Medicine, the Institute for Advanced Study, the National Constitution Center, the Brookings Institution, and the World Economic Forum; and a Director of the Lincoln Center for the Performing Arts and the American Academy of Arts and Sciences, among other board seats.

Mr. Rubenstein is a leader in the area of Patriotic Philanthropy, having made transformative gifts for the restoration or repair of the Washington Monument, Lincoln Memorial, Jefferson Memorial, Monticello, Montpelier, Mount Vernon, Arlington House, Iwo Jima Memorial, the Kennedy Center, the Smithsonian, the National Archives, the National Zoo, the Library of Congress, and the National Museum of African American History and Culture. 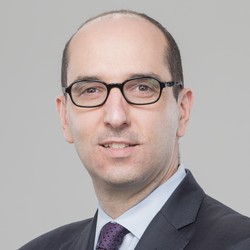 Barrie Covit is a Corporate Partner in the New York office of Simpson Thacher & Bartlett LLP, where he focuses on private funds and other facets of “alternative asset management.” He has represented some of the largest and most well-known sponsors of private equity funds including The Carlyle Group, Kohlberg Kravis Roberts, First Reserve Corporation, J.C. Flowers & Co, Lexington Partners, BlackRock and Corsair Capital. He has also represented sponsors of funds that focus on investments in specific asset classes (including energy, infrastructure, financial services and the secondary market) in regions throughout the world (including Western Europe, South Africa and Brazil).

Chambers USA: America’s Leading Lawyers for Business selected Barrie as a leading lawyer in private equity fund formation in each year from 2009 to 2020. Barrie’s work on the investor matching program for Carlyle Partners VI was recognized by the Financial Times in its “US Innovative Lawyers” issue. In addition, he has been recognized as a leading lawyer by The Legal 500 United States and Who’s Who Legal.

Barrie graduated from McGill University in 1995, where he was a James McGill Scholar. He received his J.D. from Columbia Law School in 1998, where he was a Harlan Fiske Stone Scholar and a member of the Columbia Business Law Review. Barrie joined Simpson Thacher in 1998. 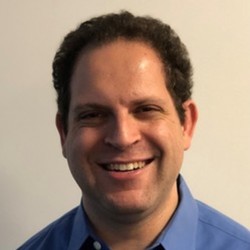 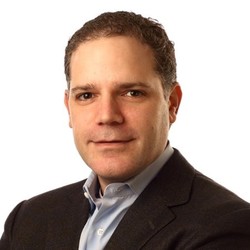 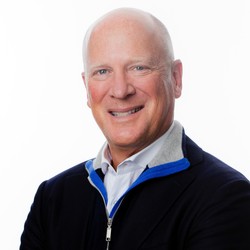 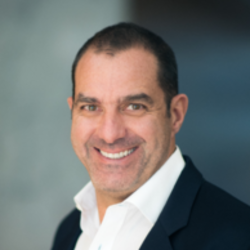 Aaron Weitman is the Managing Partner and Chief Investment Officer of CastleKnight Management LP, an event driven and special situations hedge fund that invests across capital structures of all sizes. Prior to founding CastleKnight, Mr. Weitman spent over 15 years at Appaloosa LP, rising to the title of Senior Partner. As a Senior Partner, Mr. Weitman consistently invested over $1B of assets in the portfolio across equity and credit. Mr. Weitman has invested across all sectors, with a focus on several of them for over a decade, including: industrials, housing, chemicals and consumer products.

Mr. Weitman holds a B.S. with University Honors in Business Administration (Finance concentration) and a minor in Computational Finance from Carnegie Mellon University. He is a member of multiple charity and foundation investment committees, including Jewish Community Foundation of Greater Metrowest NJ (one of the largest in New Jersey) and Boystown Jerusalem Foundation of America. Mr. Weitman also participates in significant outside charitable and Pro-Israel endeavors.

Prior to founding Aretex, Andrew was Partner and Head of North America at ZZ Capital International, a publicly listed, Hong Kong-based investment firm.

Previously, Andrew was a partner at Metalmark Capital, a firm established by the former principals of Morgan Stanley Capital Partners.

Prior to the formation of Metalmark, Andrew was an investment executive of Morgan Stanley Capital Partners.

Earlier in his career, Andrew was an investment executive in the Private Equity Group at The Blackstone Group, and Salomon Smith Barney’s Mergers and Acquisitions group.

As the Chief Relationship Officer, David is responsible for communicating with prospective and existing investors on events occurring in the portfolio. In addition, David has developed an expertise in connecting the senior level c-suite executives that are invested at MVP (primarily Wall Street and West Coast tech focused) with our portfolio companies. These connections often help MVP secure capacity in highly sought after deals as well as potentially leading to “game changing” strategic relationships. Post investing in a business, David works closely with the “value add” and “talent recruiting” teams at MVP to help our portfolio companies reach their full potential.

David holds an MBA from Columbia Business School, a Master’s in Real Estate Development from Columbia University, and a BA in international relations from Hamilton College.

David Wassong is the Co-Head of Newlight Partners LP which commenced operations on October 1, 2018 when it spun out from Soros Fund Management, LLC. Prior to the spin-out, David was a Co-Head of the Strategic Investments Group at SFM since 2005 and was responsible for overseeing SIG’s investments in private equity, real estate, infrastructure, growth equity, venture capital, and private equity and venture capital funds. He and his team currently manage a global portfolio of direct private equity investments.
Prior to joining SFM, David was Vice President at Lauder Gaspar Ventures, LLC. David started his career in finance as an analyst and then an associate in the investment banking group of Schroder Wertheim & Co., Inc. 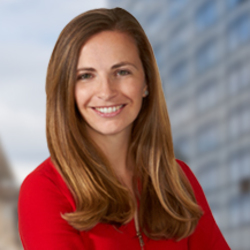 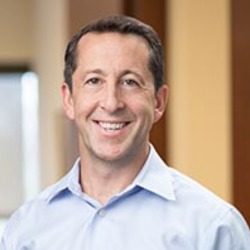 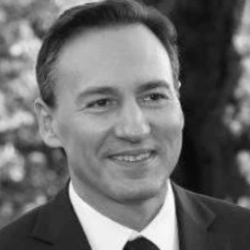 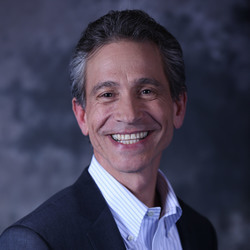 Lauren Callaghan is a senior member of the firm’s Financial Services, Private Equity, Asset Management, and Real Estate practices. Lauren has partnered with a variety of client organizations globally, including institutional asset managers, private equity firms, hedge funds, sovereign wealth funds, wealth management firms, family offices, fintech and real estate companies. Lauren leads our efforts related to ESG and impact investing. She is also actively engaged in chief executive officer and board advisory assignments, including CEO succession.
Deep expertise in financial services and executive search
During her time at Spencer Stuart, Lauren has placed over 400 senior executives at leading companies. She specializes in recruiting senior leaders across alternative asset management, spanning multiple disciplines including investing, capital raising, and firm leadership.
Prior to joining Spencer Stuart, Lauren was an investment banker at Goldman Sachs, focused on the real estate sector. Earlier in her career at Goldman Sachs, Lauren also worked in private wealth management, providing asset allocation and investment advice to high net worth individuals.
Lauren previously served on the project development team for a venture-backed renewable energy startup, founded by Goldman Sachs alumni, and served as director of development for a nonprofit based in Aspen, Colorado. Lauren is also an active member of 100 Women in Finance, a global network of professionals in the alternative investment industry.
Lauren is a Council Member of the Transformative Business Initiatives Council at the Urban Land Institute and serves as a Board Ambassador to the U.S. Ski and Snowboard Association.


Lauren graduated with honors from Washington University in St. Louis, where she received her B.A. in economics and minored in art history and political science. She holds dual citizenship in the United Kingdom and United States.

Mr. Kaplan joined Littlejohn in 2005 and is a member of the investment committee. He has been a key part of the Firm’s investments in Kenan Advantage Group, CTI Foods, CoActive Technologies, Henniges Automotive and HydroChemPSC. He is currently on the boards of Unitek and Total Safety. Previously, Mr. Kaplan was a senior associate at Ripplewood Holdings LLC and prior to that was an associate attorney at Cravath, Swaine and Moore. He is a graduate of the State University of New York at Albany and holds a J.D. (with honors) from the Columbia University School of Law.

Mr. Langman co-founded Rhône in 1996 and has led the day-to-day management of the firm since its inception. In addition to his management responsibilities, he is actively engaged in the sourcing, diligence, negotiation and monitoring of investments across all industries. Prior to Rhône, Mr. Langman was a Managing Director of Lazard Frères, where he specialized in mergers and acquisitions, working in both London and New York. Before joining Lazard Frères, Mr. Langman worked in the mergers and acquisitions department of Goldman Sachs. He has extensive experience with complex domestic and international mergers, acquisitions, divestitures, and capital markets transactions.

Mr. Langman serves as a board member of Baker & Baker, Fluidra, Hudson’s Bay Company, Lummus Technology, Vista Global and Wellbore Integrity Solutions. He also serves as a director and advisor to a number of philanthropic and educational institutions. Mr. Langman received a B.A. with highest honors from the University of North Carolina at Chapel Hill and a M.Sc. from the London School of Economics.

Stewart A. Kohl is Co-Chief Executive Officer of The Riverside Company, a global private equity firm founded to invest in premier companies at the smaller end of the middle market. Since 1988, Riverside has invested in more than 440 companies in North America, Europe and the Asia-Pacific region. The firm's investors include leading pension funds, endowments, funds-of-funds, insurance companies and banks.

Mr. Kohl joined Riverside in 1993. Prior to that, he was a vice president of Citicorp Venture Capital, Ltd., the private equity arm of Citibank. Under the guidance of Mr. Kohl and Co-CEO Béla Szigethy, Riverside has grown to manage more than $5.5 billion in assets. The firm employs more than 200 people in offices across North America, Europe and the Asia-Pacific region.

Mr. Kohl was inducted into the Ohio Foundation of Independent Colleges Hall of Excellence in 2009. He previously served as Co-Chair of the Building for Hope Capital Campaign of the Center for Families and Children. For 16 years, he was a "Heavy Hitter" participant in the Pan-Mass Challenge bicycle fundraiser for the Jimmy Fund of the Dana-Farber Cancer Institute.

Mr. Kohl holds a BA from Oberlin College (1977) and resides in Shaker Heights, Ohio with his wife, Donna, where they enjoy spending time with their daughter and six grandchildren.