With any questions on this event, other real estate events, or membership, please email: daniella.hen@yjpnewyork.com

Join us for an intimate IN PERSON real estate roundtable with Remy Raisner. This session will be an opportunity to connect with a select, intimate group of young rising stars in the industry, as we convene on February 23. Bring your questions to connect with Remy, grow your network, and make new connections.

- YJP Sessions are open to professionals with 1-20 years of experience. If you are interested in attending, please apply by clicking the "register" button. A member of our team will review your information and get back to you shortly.

- If you have over 20 years of experience and do not qualify for this session, we will be happy to provide further information on our executive-level membership and involvement opportunities for which you do qualify.

- Non-members of YJP are welcome to join one event to experience our group. After your first event we ask that you apply to become a member if you wish to continue being involved in our community. 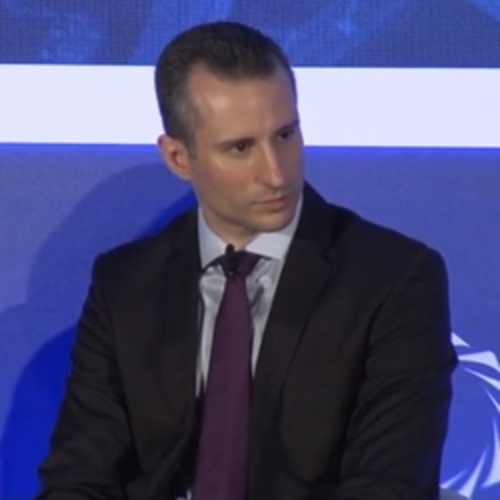 Mr. Raisner is the Founder and CEO of The Raisner Group, a real estate investment firm headquartered in New York City. Under his leadership, The Raisner Group has raised capital domestically and internationally since 2009 to pioneer investments in the urban renewal of Brooklyn. It has been active in non-performing notes and fee simple transactions,
and focuses primarily on value-add, residential and mixed-use real estate investments. To date, it has purchased and repositioned over 40 properties with a vision to contribute to the reshaping of the local urban landscape, hand-in-hand with local stakeholders and communities.
Most of the firm’s acquisitions have taken place in Brooklyn, with an emphasis in the emerging neighborhoods of Bushwick, Bed Stuy and Prospect Lefferts Gardens. Prior to creating The Raisner Group, he worked as an equity trader in New York and a private equity investor in
Argentina. Mr. Raisner holds a Bachelor’s Degree from Fairleigh Dickinson University and an MBA from Columbia Business School with Dean’s List honors. He is a Foreign Trade Advisor to the Government of France and a Board

Member of the North American Committee. He is a Founding Member of the Transatlantic Forum of the French-American Foundation and has served as an Advisor to Concordia, a nonprofit organization dedicated to fostering Public-Private Partnerships for social impact. He is a CFA Charterholder and has been a Sponsor of the Real Estate Private

Equity class at Columbia Business School. He was named a Notable in Real Estate by Crain’s New York Business in 2021. Starting 2013, The Raisner Group also became involved in PropTech, through its affiliate Raisner Tech Ventures, and made early stage investments in such real estate technology startups as TheGuarantors, Enertiv, RealCrowd, Knock and LeasePilot. The Raisner Group also undertook its first co-living project in 2019 in Bushwick. He has been a Contributor on real estate, urbanism and foreign affairs topics for publications and organization such as The Huffington Post, The World Economic Forum, Forbes, The Philadelphia Inquirer, The Observer and Le Monde. Prior
to his career in business, he played professional basketball.