YJP is excited to host Chuck Davis, CEO at Stone Point Capital in part of our Mentorship with Finance Titans series. Stone Point Capital is a global private equity firm, with $28bn AUM, that makes investments in 12 major verticals of the global financial services industry. Founded in 1987, the firm manages the flagship Trident funds series which targets investments in sub-sectors such as insurance underwriting and distribution, specialty lending, banking, asset management and other financial services companies. Prior to Stone Point, Chuck was a partner at Goldman Sachs, where he spent 23 years.

This will be a roundtable, with around 25 young professionals, featuring insights from Chuck, and an opportunity for Q&A.

For questions about the event or membership please reach out to: brooke.steinman@yjpnewyork.com

COVID POLICY
Please note that all attendees must show either proof of vaccination or a negative PCR test result from within 48 hours of the event to enter. Wearing a mask when not eating/drinking is recommended and masks will be available for those who need them. 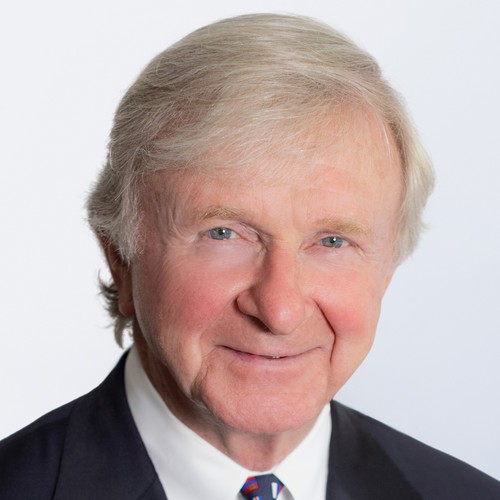 Charles A. Davis is a founder and the Chief Executive Officer of Stone Point, an investment firm based in
Greenwich, CT, with approximately $30 billion of assets under management. Stone Point targets
investments in companies in the global financial services industry and related sectors. The firm invests in
a number of alternative asset classes, including private equity through its flagship Trident Funds. Stone
Point also manages both liquid and private credit funds and managed accounts. In addition, Stone Point
Capital Markets supports the firm, portfolio companies and other clients by providing dedicated
financing solutions.

Before joining Stone Point in 1998, Mr. Davis was with Goldman Sachs & Co. for 23 years where he
served as Head of Investment Banking Services worldwide, Co‐Head of the Americas Group, Head of the
Financial Services Industry Group, a member of the International Executive Committee and a General
Partner.

Mr. Davis is a member of the Board of Directors of AXIS Capital Holdings Limited and The Progressive
Corporation. He is a former Chairman and former lead Director of the Hershey Company Board of
Directors. Mr. Davis is also a current or former director of several portfolio companies of the Trident
Funds, as well as several other publicly traded companies, including Marsh & McLennan Companies,
Inc., Merchants Bancshares, Inc. and USLIFE Corporation. He is also a Founder and Co‐Chairman of the
Fibrolamellar Cancer Foundation. Mr. Davis is a former member of the Advisory Board of Deutsche Bank,
the Board of Overseers for the St. John’s University School of Risk Management, Insurance and Actuarial
Science, the Board of Trustees of the University of Vermont, St. Michael’s College and The Boys and Girls
Club of Greenwich, CT. In 2018, Mr. Davis was selected as one of the Financial Times “2018 Outstanding
Directors.”