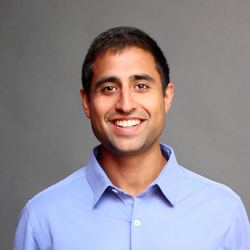 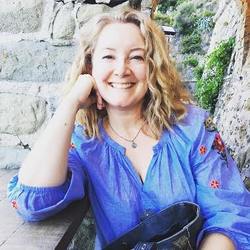 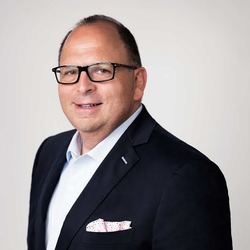 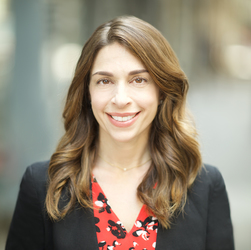 Aman Advani is the Co-Founder and CEO of Ministry of Supply, a clothing brand inventing a new category: Performance Professional - performance dress clothes. The company was founded in 2012 with the mission to incorporate fundamental engineering and performance principles into dress clothing staples, ultimately building a wardrobe that both looks good, and feels comfortable (think Nike meets Brooks Brothers). Prior to co-founding Ministry of Supply, Advani spent 4 years in management and non-profit consulting with Deloitte and TechnoServe. He holds a BSIE from Georgia Tech, and half an MBA from MIT’s Sloan School of Management and was a member of Forbes 30 under 30 list.

As the Director of Global Content Marketing, Courtney leads content strategy, development, and distribution for American Express Global Commercial Payments, for whom she’s launched a number of content and social media programs, including the first Twitter and YouTube channels, the award-winning OPEN Forum, a weekly live business news program on Cheddar, and a recent, global index with The Economist, as well as partnerships with CNN, The New York Times, and Discovery.

She has been in her current role at American Express for four years but has overseen content for American Express since 2009, when she was Director of Content Strategy for Federated Media. There, she also oversaw content for Proctor & Gamble. Before joining Federated Media, Courtney served as Director of Brand Marketing at Inc. magazine, where she led partnerships, events, and promotions for the magazine. Prior to that position, she was Senior Brand Marketing Manager for Departures magazine.

Courtney holds a B.S. in Communications from the University of Miami, and an MA in Media Studies from Pennsylvania State University. She enjoys writing, travelling, and writing about travelling. She can be found on Twitter @courtneycolwell.

David is driven by his passion for his family, his friends, his work and a deep-set sense of purpose. He expects a lot of himself and of others, which has been the driving force behind his success. He has helped bring new ideas to life, from his early days as a strategy consultant to the start of his entrepreneurial journey more than twenty years ago. For more than 20 years, David has successfully sold and built companies where he has worked with major consumer products companies including Proctor and Gamble, Clorox, General Mills, Purina and VF Corporation. He has also been on the investment committee of a private equity firm for 16 years. In 2013, David and co-founder Jamie Diamonstein began working on the Leesa mattress concept, with the brand officially launching in January of 2015. In recognition of his visionary leadership and positive impact, David was honored with EY’s Entrepreneur of the Year 2018 Award in the Consumer Products Category in the Mid-Atlantic region. David describes Leesa as a combination of a great idea, a strong management team, a world-class product, and the best business model he has ever been involved in. 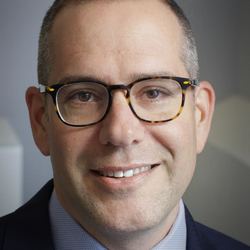 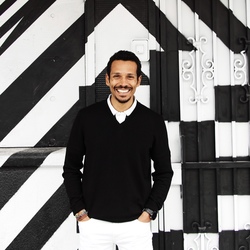 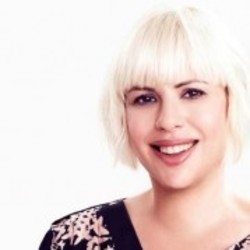 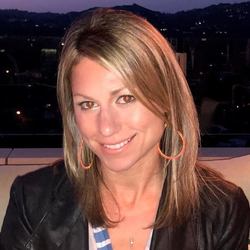 Michael sits as the CMO of AmTrust Financial Services. AFSI is a Fortune 500 global insurance corporation offering Commercial Property and Casualty, Warranty, Specialty Risk and Program Insurance products for small- to medium-size businesses. He leads his team to maintain and develop company’s web presence and oversees all online assets, digital commerce, and traffic generation platforms. His current initiatives include building consumer-facing platforms that allow policyholders and new customers to interact with AmTrust in a seamless and efficient manner. Michael is working to bridge the start-up creativity and innovation, at the scale and efficiency of an international corporation. Early in his career, Michael acquired Flower.com and began creating what was then a revolutionary ecommerce platform.

Pablo Henderson is Global Director of Brand Marketing for W Hotels Worldwide. With more than 15 years in global marketing, branding and innovation, Henderson lead efforts for Le Meridien Hotels & Resorts across the Americas prior to W Hotels. He now oversees marketing for W Hotels globally where he enjoys building platforms in support of Music, Fashion, Design and Wellness programming.

Rachel Weiss is an award-winning digital professional and recognized thought-leader with vast experience in emerging technology and digital marketing practices. She is currently responsible for digital marketing and innovation strategy focusing on mobile, social, content and disruptive technologies across all L'Oreal USA. She is also responsible for new digital business ventures and partnerships at L'Oreal. Weiss working with VC firms and entrepreneurs. She also created L'Oreal's initiative supporting Women in Digital identifying and celebrating female entrepreneurs advocating digital and IT careers for women along with mentorship programs and testing opportunities. Rachel started her career at L'Oreal in the Professional Products division.

Prior to L'Oreal, Weiss was Vice President, eBusiness, at Citi Cards where she developed New Customer Acquisition strategies via emerging digital opportunities for all Consumer portfolios including creating the first mobile and social platforms. Previously at Wiley Publishing, Weiss oversaw online consumer marketing, brand optimization, advertising revenue development and online retail marketing programs for the publisher of Frommer’s, Cliff’s Notes and For Dummies.

Weiss is a self-taught digital maven who began blogging to promote a stand-up career in the mid 90s. In 1997, Weiss first shared her thought essays on her first blog Weissworld. Weiss shares her outlook and trends as a public speaker, podcaster and writer.

Weiss is a featured speaker on msnbc, Internet Week, sxsw, ces and many other events.

Shanna Weinblatt is the Global Senior Director of Digital Marketing for Calvin Klein Fragrances at Coty overseeing strategy, development and execution of digital activations and innovations across digital platforms, ecommerce, social networks, and in-store. Over her last 12 years in global digital marketing, her efforts have included numerous award-winning campaigns within the beauty industry for brands such as Michael Kors, Tory Burch, Trish McEvoy, Tommy Hilfiger, Marc Jacobs, and Calvin Klein. 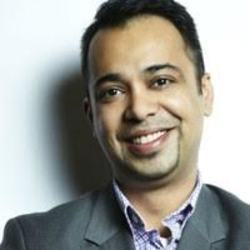 Vikesh Dalal is the VP Head of Digital at eos Products. He’s responsible for global online sales, digital marketing, e-retailer and pure-play sales. Vikesh has spent the last decade building ecommerce businesses for major retail and luxury brands, across lifestyle, fashion, accessory and beauty verticals. He has been driving digital transformations that enable brands to accelerate the growth of revenue from their online channels. 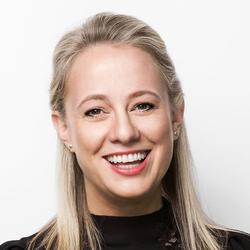 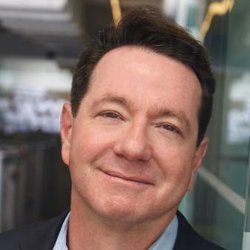 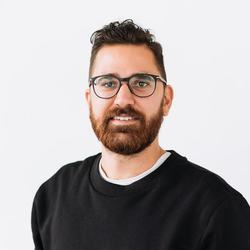 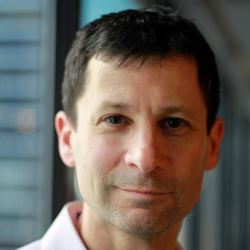 Dani is a fast-moving dynamic leader with an entrepreneurial spirit and a real passion for building strong strategic relationships. She blends business thought leadership with an ability to make the creative and strategic process seamless and more human. In her role as President, she is responsible for developing and overseeing the creation of custom-tailored turnkey marketing solutions that deliver real growth for each Pure Growth client.

Prior to founding Pure Growth Consulting, Dani spent over 18 years working for highly-awarded agencies such as TMP Worldwide and Saatchi & Saatchi Australasia. Most recently, she was Managing Partner at WPP’s Berlin Cameron United.

She has led clients such as Stoli Vodka Global, Comcast, Xfinity, Wholefoods, Gilt.com, Capital One 360 and Match.com.

Dani has also worked on the client side and was responsible for leading the rebranding of SBS, Australia’s multicultural TV and digital network.

In her free time, Dani feeds her passion for travel. She has visited over 40 countries and every continent except Antarctica. But she has seen Emperor Penguins in the Shanghai Zoo.

Mitchell Reichgut is the CEO and Co-Founder of Jun Group. Prior to founding Jun Group in 2005, Mitchell led Bates Interactive, the online unit of Bates Worldwide Advertising, now owned by WPP. As General Manager/Creative Director, Mitchell helped grow Bates Interactive into a 70-person integrated unit, with clients such as EDS, Moet & Chandon, and Warner-Lambert. Before joining Bates, Mitchell served as Creative Director at Think New Ideas.

Mitchell began his career as an Art Director at Grey Advertising where he created print and television advertisements for clients. Throughout his career, he’s worked with major brands across industries, including Procter & Gamble, Parker Brothers, Budweiser, Rockport, Reebok, and Sony. 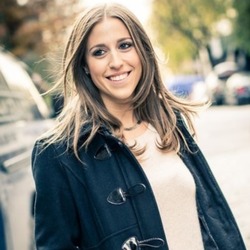 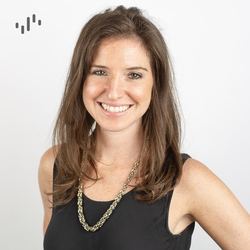 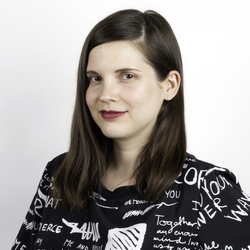 As CEO and Founder of CoFertility (“Co”), Arielle is currently building a platform that will provide resources and tools to answer the tons of unanswered questions around fertility. Infertility affects 1 in 8 people, and with information vastly spread out across forums, blogs, and clinic websites, Co will provide helpful, digestible fertility information all in one place—while keeping it real.

Prior to founding Co, Arielle led social media and partnerships at Victoria’s Secret PINK and Coach. She thrives on bolstering brand relevance among key audiences, especially when they involve first to-market technology and media partnerships.

When she’s not busy changing the conversation about fertility, Arielle enjoys traveling with her husband, Max, most recently to Greece. She also loves listening to podcasts, with favorites including NPR’s How I Built This and Big Fat Negative.

Jessica is the VP of Enterprise Solutions at VideoAmp, a software company that help brands measure their media investments holistically to drive business goals.

Jessica combines her passion for problem solving with her expertise in programmatic advertising to provide innovative solutions for clients in an ever changing media landscape.

Outside of solving for the convergence between TV and digital, Jessica is a food enthusiast and spends most of her free time cooking, trying new restaurants, wine tasting and traveling to find her next favorite dish. She also enjoys long walks with her long haired dachshund Ralphy.

Shachar Orren is Chief Storyteller at Disney-backed interactive content platform, Playbuzz. In this role, she oversees the company's global marketing and communications, as well as creative strategy for publisher and brand partners. Prior to joining Playbuzz as the sixth employee, Shachar spent nine years as a journalist at Israel’s largest daily newspapers. This enabled her to transition well to a digital disruptor focused on creating technologies to solve the media’s pain points – such as how to capture fleeting attention spans and boost audience engagement. Shachar has been covered and published in Forbes, Fox News and Adweek, and enjoys lecturing at top-tier journalism universities in her free time on the future of the newsroom and the importance of content that impacts humanity.

YJP is an exclusive community dedicated to connecting young professionals with current industry leaders to help them become the leaders and entrepreneurs of tomorrow. The evening kicks off with dinner, drinks, and networking, where you’ll find fresh faces and reconnect with some familiar ones. Afterward, you will take a seat at a roundtable discussion where you will join in on a meaningful conversation regarding the current market trends and various consumer philosophies. The roundtable format is designed to create an open atmosphere for valuable group discussion. This your opportunity to personally connect with and get to know some of the most talented and successful professionals within the industry.

Check out a preview of what a YJP event is like:

Stacy
Login or register to view Stacy's details.
Event Over
This event has concluded.