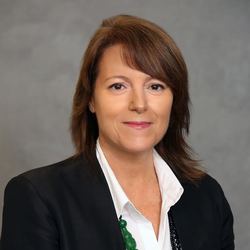 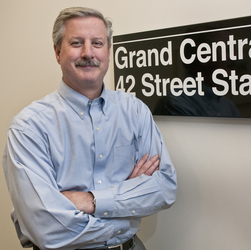 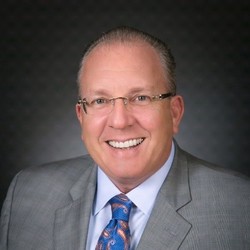 Prior to joining AIG, she was a partner with Brunswick Group, an international communications advisory firm. During her 16 years with Brunswick, she advised global companies on a wide range of issues, including corporate reputation, crisis, M&A, activism, restructurings, employee engagement and change management. She joined the firm in New York in 2000, and later served as Managing Partner, Greater China, helping to grow Brunswick’s offices in Hong Kong, Beijing and Shanghai.

Cindy serves on the Advisory Board of genEquality, an organization working to foster social, behavioral, and practical change for gender equality. She started her career in London and is a graduate of Cambridge University.

Mark Heavey serves as Chief of Marketing and Advertising for the New York Metropolitan Transportation Authority, North America’s largest public transportation system and one of the few transit systems in the world that operates 24/7. In his position, Mark oversees all marketing, branding, promotions and licensing for the MTA and its many subsidiary operating agencies, including subways, buses, bridges and tunnels, and two commuter railroads. He has also been closely involved in the MTA’s embrace of open data and digital technologies to expand customer communications and improve the customer experience of riding New York’s subways, buses and trains, including the introduction of real-time train arrival clocks, free WiFi in subway stations, the MYmta mobile app and, most recently, OMNY contactless fare payments.

Robert Dandrea is the Chief Marketing Officer (CMO) for TracFone Wireless, Inc., the nation’s largest no- contract wireless company. In his current role, which he’s held since 2006, Robert oversees revenues of more than $7.5 billion – and has expanded the company’s portfolio from one brand to a house of a dozen wireless brands under the TracFone Wireless umbrella. He’s also paved the way for TracFone Wireless brand offerings at more than 200,000 retail locations nationwide including Walmart, Target, Best Buy, Dollar General, Kroger and Amazon, further expanding the company’s footprint.

Robert has been with TracFone Wireless for more than 22 years and has had multiple roles across the organization during his tenure. Prior to his role as CMO, he held positions in sales, marketing, product management and call center operations.

A lifelong entrepreneur, Robert started his first business at the young age of 26, where he successfully launched and operated several innovative and award winning products. He partnered with Bresler’s Ice Cream to launch “Frozen Cheesecake on a Stick”, a beloved staple of state fairs and food festivals around the country.

Robert holds multiple design and manufacturing patents for his inventions many of which were acquired by large national corporations for mass production and distribution.

Robert graduated from Rochester Institute of Technology, where he earned a Bachelor of Science degree in Business Administration. He also served as captain of the varsity swim team, placing school records that held for over 15 years. 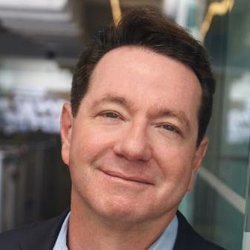 YJP is an exclusive community dedicated to connecting young professionals with current industry leaders to help them become the leaders and entrepreneurs of tomorrow. This event will bring together the top marketing and communications professionals from world-renowned brands. Our VIP Panel will discuss current market trends, predictions on where the marketing industry is headed, and speakers' tried-and-true tips on communications strategy.

The evening kicks off with dinner, drinks, and networking, where you’ll find fresh faces and reconnect with some familiar ones. Afterward, you will take a seat at a dinner table and for hour panel where industry innovators will lead a meaningful discussion regarding current market trends and various communications philosophies. This your opportunity to personally connect with and get to know some of the most talented and successful professionals within the industry, develop new long-term professional relationships, and explore professional opportunities and potential partnerships. Join us for a gourmet dinner, signature cocktails, and strategic networking as we convene the New York's top marketing and communications professionals.

Check out a preview of what a YJP event is like:

Derek A.
Login or register to view Derek A.'s details.

Shira
Login or register to view Shira's details.
Event Over
This event has concluded.