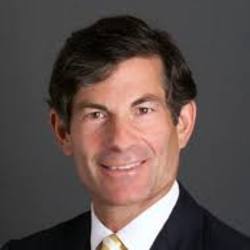 Jeffrey B. Goldenberg, Consumer and Investment Management New York, has been director of Portfolio Strategy in the Investment Strategy Group (ISG) since 2003. He works closely with the Institutional Client Solutions business. In addition, he also serves as co-head of the Retirement Committee for the firm’s US retirement plans. Jeff began his career with Goldman Sachs as a summer associate in 1980 and joined the firm as a full-time associate in 1981. He became a vice president in 1986 and was named managing director in 1996 and partner in 1998.

Jeff served on the board of the Goldman Sachs Trust Company from 2002 to 2008 and acted as its chairman, president and chief executive officer during 2005. He was responsible for the Strategic Wealth Advisory Team from 2003 to 2004. Jeff was director of Clients and Investments from 2001 to 2003 after serving as East Coast regional manager from 1999 to 2001 and head of PWM in New York from 1996 to 1999. Prior to that, he was a senior PWM investment professional in New York.

Jeff is active in recruitment and serves as co-head of the firm’s recruiting team for Columbia Business School. He is a member of the Wall Street Division Steering Committee of the UJA-Federation and is a board member of the 92nd Street Y and The Windward School.

Jeff received his MBA from Columbia University in 1981 and his BA from Bowdoin College in 1977. 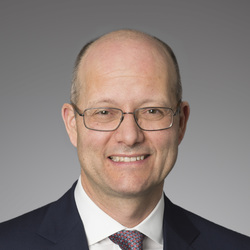 Richard Linhart joined Morgan Stanley Wealth Management in 2009, after a 25 year career as a private equity and public market investor. He and his team focus on working with clients on equities, fixed income and alternative investments, with an emphasis on overall asset allocation. Richard holds a Bachelor of Science in Economics degree, summa cum laude, from the Wharton School of the University of Pennsylvania. He is a trustee of the Jewish Community Relations Council of New York (JCRC) and a member of the Board of Overseers of the Weitzman School of Design at the University of Pennsylvania. Richard and his wife Leora, a pediatrician, live in New York City.

This event starts on Wednesday December 11th at 5:30 PM.

YJP is excited to host a members-only event with Jeff Goldenberg, Managing Director at Goldman Sachs. Attendees will have the opportunity to partake in an intimate and candid roundtable discussion and Q&A session. Through this mentorship initiative, YJP Members will have the exclusive opportunity to connect and learn from an industry titan. Come prepared with all your burning questions!

This event is included for the following members:

-Professional members and above in our Finance Division.