This event starts on Thursday March 5th at 5:30 PM.

YJP is excited to host Jeffery Fowler (President of Farfetch) for a mentorship roundtable discussion.

Attendees will have the opportunity to partake in an intimate and candid roundtable discussion with Mr. Fowler and a group of 25 young fashion industry professionals.

We look forward to seeing you there! Please e-mail alexa@yjpnewyork.com for more information.

This event is included for the following member chapters:

- Young Leadership members and above 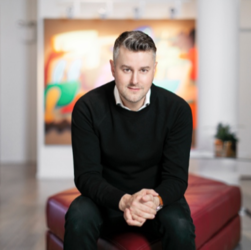 Jeffery is the President, Americas and member of the Executive Team of Farfetch, the leading global
technology platform for the luxury fashion industry, connecting over 1,000 of the world’s best boutiques
and brands with customers in more than 190 countries globally. Founded in 2008 with the vision of
transforming the way people shop for fashion, Farfetch has quickly established a strong and dynamic global
business and is now a publicly listed company on the New York Stock Exchange (FTCH). As head of the North
and South America regions, Jeffery works with a diverse and talented team across offices in NYC, Los
Angeles and São Paulo to continue to build awareness of the Farfetch brand, amaze customers with
seamless and personalized service and grow collaborative market share with boutique and brand partners.
While with Farfetch in 2017, Jeffery was elected to the Board of Directors of the Fashion Institute of
Technology (FIT) Couture Council, and was also selected by the editors of Women’s Wear Daily as one of the
“40 Under 40” executives impacting the global fashion industry in their inaugural list of honorees. In 2018,
Jeffery joined the Advisory Board of the Baker Retailing Center at the Wharton School, University of
Pennsylvania.
Prior to joining Farfetch, Jeffery developed his career in the luxury goods sector with leadership roles at
LVMH (Louis Vuitton & TAG Heuer), Richemont (Cartier) and Tesla. Before that, Jeffery spent two years as a
management consultant with Bain & Company after earning his BA degree in English and American
Literature & Languages from Harvard University and an MBA from INSEAD. 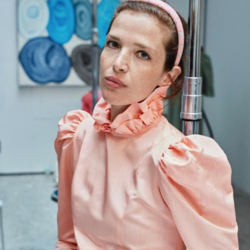 Queens-born Batsheva Hay started her eponymous label in 2016 after leaving her job as a lawyer and deciding to experiment with designing dresses for herself and her daughter. Growing up, Batsheva’s artist mother would often take her to flea markets and vintage shops, dressing her in antique calico dresses, which became Batsheva’s uniform throughout her time at Stanford University and Georgetown Law School. After leaving her job at a big law firm, she began to redesign some vintage dresses, which were worn to bits, and quickly became obsessed with the design process. She bought her fabrics on eBay and at quilting shops, and she still uses vintage and limited-run cotton quilting fabric to make her clothing.
Batsheva initially made a small collection of four matching mother-daughter dresses and set up a simple website. As her dresses got more attention from magazines and retailers, her collections grew. Now she is designing four collections a year and has been featured in Vogue, the New York Times, New York Magazine, and the New Yorker, among other publications.
Batsheva lives on the Upper West Side with her husband, photographer Alexei Hay, who she collaborates with on brand imagery, and their two small children, Ruth and Solomon.

March 5th
5:30 PM Check In and Networking
6:00 PM Roundtable Discussion
Event Over
This event has concluded.