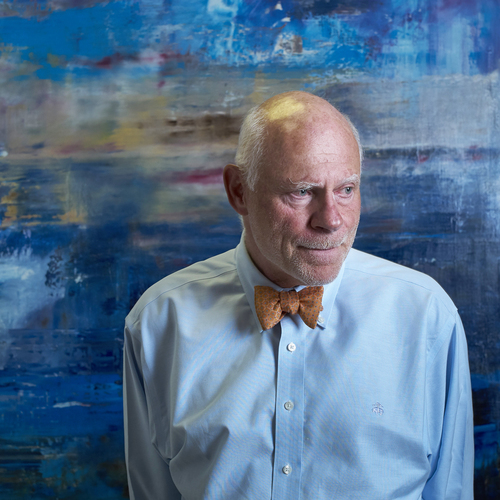 Mr. Greenburger is the Founder, Chairman and Chief Executive Officer of Time Equities Inc. Founded in 1966, Time Equities Inc. (TEI) has been in the real estate investment, development and asset & property management business for more than 50 years. TEI currently holds approximately 36 million square feet of residential, industrial, office and retail property across its portfolio. In addition, TEI is in various stages of development and pre-development of constructing approximately 1.7 million square feet of various property types. With properties in 33 states, five Canadian provinces, Anguilla, Germany, Italy, the Netherlands, and Scotland, the TEI portfolio benefits from a diversity of property types, sizes and markets.

In addition, Mr. Greenburger is the Chairman of Sanford J. Greenburger Associates (SJGA), a literary agency founded by his father in 1932. SJGA represents many world renowned and best-selling authors including Dan Brown and Brad Thor. Also among the agency’s current clients are writers of fiction, non-fiction, genre books, and original ebooks; author and artists of children’s books; and a small number of poets and essayists.

Mr. Greenburger is an active board member in various art, education and criminal justice not for profit organizations. He is the Founder and Chairman of Art Omi, a sculpture and architecture park and arts center founded in 1992, which also provides residencies for visual artists, writers, dancers, musicians, and architects from all over the world. Mr. Greenburger himself is an art collector (his office is a virtual gallery) and he owns over 1000 contemporary paintings and sculptures. He was awarded the insignia of chevalier of the Order of Arts and Letters by the French government because of his commitment to the arts and his founding of the Omi International Arts Center.

Most recently, Mr. Greenburger founded the Greenburger Center for Social and Criminal Justice in 2014, which advocates for reforms to the criminal justice and mental health systems. The Greenburger Center is working to create a secure Alternative to Incarceration model for those living with serious mental illness, accused of felony level crimes. The model will be piloted at a facility called Hope House on Crotona Park, located in the Bronx, New York. Hope House will provide up to two years of treatment in a modified residential therapeutic community with clinical services, and job and life skills training for up to 25 adults. The Greenburger Center also advocates on the local and national level to decriminalize mental illness.

Within his philanthropic pursuits, Mr. Greenburger is the Chairman of New York Edge, the largest provider of after school programs to the New York City public school system. He serves on the board of several not for profit organizations, including Alliance for Downtown New York, Baruch Real Estate Advisory Board for the Department of Real Estate, Lavigny Writer’s Residency, Lincoln Center – Real Estate and Construction Council, Little Red Schoolhouse/Elizabeth Irwin High School Board of Trustees, Lower Manhattan Cultural Council, Michael Wolk Heart Foundation, and the Zicklin School of Business Dean’s Council at Baruch College, and is a Trustee Emeritus for the Massachusetts Museum of Contemporary Art. Beyond his board service, Mr. Greenburger is an active donor to over 300 charitable organizations.

The author of two books, Mr. Greenburger co-authored a book with Thomas Kiernan in 1980, How to Ask for More and Get It: The Art of Creative Negotiation, and recently published his memoir in 2016: Risk Game: Self-Portrait of an Entrepreneur, written with Rebecca Paley.

Mr. Greenburger is also an activist for various social justice and political issues, beyond criminal justice reform. He is a longstanding Democratic supporter and donor, using his network, voice and influence to advocate for social justice issues at the local, state, and federal level.

Mr. Greenburger graduated from Baruch College in 1974 with a degree in Public Administration. He is an avid tennis player and traveler. He resides in Manhattan with his wife Isabelle Autones and is the proud father of four children: Morgan, Noah, Julia and Claire. 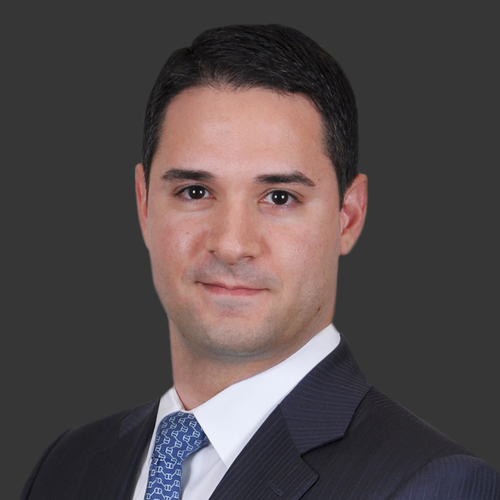 Kris Ferranti is a partner in Shearman & Sterling’s Real Estate Group. He has extensive experience in all areas of commercial real estate law.

Ferranti was on the Shearman team that advised Unibail-Rodamco on its $25-billion acquisition of Westfield Corporation. The deal, which closed in June 2018, was characterized as the biggest retail real estate acquisition ever by The Wall Street Journal.

He also played a role in what is believed to be the largest lease transaction of its kind in New York City history. The deal, which involved SL Green and a Citigroup affiliate, extended Citi's leases at 388-390 Greenwich Street, covering more than 2.6-million square feet.

Ferranti counseled Olayan America on its $1.4-billion acquisition and $570-million financing of the former Sony Building at 550 Madison Avenue. He also advised Credit Suisse on a lease for significant space at One Madison Avenue and 315 Park Avenue South; counseled Solow Realty as borrower on its $1.2-billion, 10-year loan for 9 West 57th Street; and advised on the $1.67-billion construction financing of the American Dream Mall, a multimillion-square-foot entertainment, dining, and shopping complex in northern New Jersey.

Ferranti has authored several publications and has been involved in a number of speaking engagements at seminars and conferences and on podcasts and webcasts on various real estate subjects.

We are excited to welcome Francis Greenburger, CEO + Chairman of Time Equities. This session will be an opportunity to connect with an intimate group of young rising stars in the industry, as we convene on March 10th for a candid conversation with Francis. Make sure to bring your questions, to connect with Francis and grow your network.

This session will included around 30 young professionals.