YJP is excited to launch its new series, The Networking Hive.

The power of community and network has never been more real than in today's business scene. Growing your database is as important as acquiring a new skill. This new series brings together different groups of young Jewish professionals that are divided into industry-specific breakout rooms where a guided and interactive discussion will take place.

Our goal is to provide a platform for you to meet and connect with old and new friends, partners, and build long term relationships.

In this first installment, the overall topic will be: Identifying Business Opportunities

This event is for current YJP members, professional level, or above.

If you have questions about membership please email: membership@yjpnewyork.com 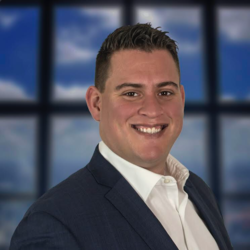 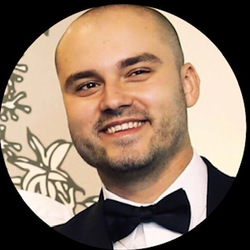 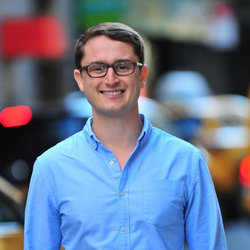 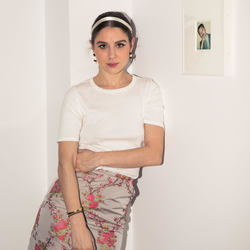 “A graduate of New York Institute of Technology, Devin earned a degree in Business Management. Devin has spent time on construction sites since before he could walk. Since he was 16, Devin has been working in a multitude of trades before joining the Kulka team as an assistant-superintendent. Now, in his role as the CEO of Kulka, Devin has expanded what the company does under a new brand called The Kulka Group, which takes part in construction management, general contracting, property management and real estate development. Devin has overseen successful projects ranging from corporate headquarters for publicly traded companies to small offices for mom and pop entrepreneurs. One Hundred Thirty Million Dollar projects to One Hundred Thousand Dollar projects. Devin has gone from getting his hands dirty in the trenches, to doing whatever it takes to keep his clients satisfied no matter how small or large.

When Devin is not spending his time as the CEO of the Kulka Group, Devin is continuously active when it comes to helping the community. Devin has raised over a half million dollars for Northwell Health and donates his time at local food banks. Devin has founded The Nexus Pro Group, a networking group on Long Island for young professionals that raises money for local charities. Devin also sits on the Board of Trustees for the Leukemia Lymphoma Society where he is the Co-Chair of the Man / Woman of The Year Committee. Board Member of the Long Island Builders Institutes and co-chair of the Next Generation Committee for the Long Island Real Estate Group, Devin is as active as he can be in the Construction and Real Estate industries. A member of the Young Presidents Organization, Devin surrounds himself with quality people to ensure he has every advantage at his disposal to utilize for his clients.

Devin understands that the building process is constantly evolving, and he prides himself on continuing to usher The Kulka Group into the future while still maintaining and embracing the excellence of the past.”

Currently an Associate Vice President for The Carlyle Group’s Global Credit business, with a concentration in cross asset platforms. My background is in asset valuation, risk management, fund structuring, fund finance, investment due diligence and debt analysis. Prior to the global credit business I worked in Carlyle’s aviation finance business where I lead various programs for aviation loans and debt capital markets. Prior to Carlyle I worked in a variety of Investment Banks with a mix of sell side trading, middle office and consulting roles – with a concentration in equity and credit derivatives. I graduated CUNY Baruch College in 2012 and am currently a director on the Alumni Board.

Jason is a Principal at Primary Ventures and has been working in New York as a VC for the past four years. In college, Jason launched a direct-to-consumer footwear company that sold hand-sewn boat shoes and driving moccasins. He later went on to work at New York-based seed fund Corigin Ventures, where he invested in several companies including Latch, Loftsmart and Morty.

Most recently, Jason was the Chief of Staff to Gerson Lehrman Group (GLG) Co-Founder Mark Gerson, where he managed all venture and LP investments for Gerson’s family office. His other responsibilities included corporate development, partnerships and strategy at Julius, a venture-backed influencer marketing software company.

Jason is passionate about working with founders that impact consumer behavior and daily living. He earned his BBA in entrepreneurship and marketing from the University of Miami. In 2019 Jason was named Forbes 30 Under 30 in Venture Capital and was listed by the Venture Capital Journal as one of Venture Capital's 40 rising stars

Ruthie Friedlander is a native New Yorker and the daughter of three (3!) rabbis with a decade+ long career in fashion on the brand (Chanel, The Row) and editorial (ELLE, InStyle) sides. She currently works with fashion, beauty, and lifestyle brands as a consultant on editorial content creation and strategy. Her clients include, among others, Nordstrom, Hill House Home, Pietra, Rockets of Awesome. and more. In 2018, Ruthie co-founded The Chain, a non-profit that works to end the stigma and offer peer support to women working in media, fashion, and entertainment struggling with Eating Disorders.

Nadav
Login or register to view Nadav's details.
Event Over
This event has concluded.