Keeping Up With The New York Times: Fireside Chat with Mark Thompson 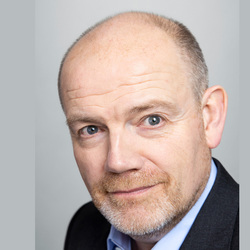 Mark Thompson became president and chief executive officer of The New York Times Company on November 12, 2012. He is responsible for leading the company’s strategy, operations and business units.

Mr. Thompson has been instrumental in accelerating the pace of The Times’s digital transformation. Under his leadership, The Times became the first news organization in the world to pass the one million digital-only subscription mark. The company has also introduced a new era of international growth, launched an industry-leading branded content studio and invested in virtual reality, producing some of the most celebrated work in this emerging medium.

Before joining the Times Company, Mr. Thompson served as director-general of the BBC from 2004, where he reshaped the organization to meet the challenge of the digital age, ensuring that it remained a leading innovator with the launch of services such as the BBC iPlayer. He also oversaw a transformation of the BBC itself, driving productivity and efficiency through the introduction of new technologies and bold organizational redesign.

Mr. Thompson joined the BBC in 1979 as a production trainee. He helped launch “Watchdog” and “Breakfast Time,” was an output editor on “Newsnight,” and was appointed editor of the “Nine O’Clock News” in 1988 and of “Panorama” in 1990. He became controller (programming and scheduling chief) for the TV network BBC2 and director of television for the BBC before leaving the BBC in 2002 to become C.E.O. of Channel 4 Television Corporation in the United Kingdom.

In the autumn of 2012, he was a visiting professor of Rhetoric and the art of public persuasion at the University of Oxford. His book “Enough Said: What’s Gone Wrong with the Language of Politics?,” which is based on the lectures he gave at Oxford, was published in the U.K. and U.S. in September 2016. 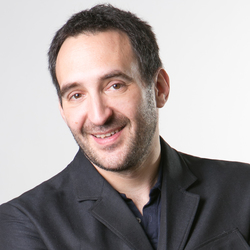 Shaul Olmert is co-founder and CEO of Playbuzz, tech platform for content experiences that empowers publishers and brands worldwide to create content that truly engages their audience.

Native of Israel, Shaul spent most of his professional career in the United States where he held several executive positions in digital media ventures, with an emphasis on games and entertainment content products. His previous roles include Vice President of Digital Products at MTV Networks, President of SundaySky, Chief Marketing Officer at Conduit, Director of Business Development at I-play and investment professional at STI Ventures.

In his free time, Shaul is a Director and Adviser to many digital media ventures. Shaul holds a master’s degree in Interactive Telecommunications from New York University. 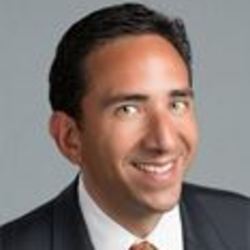 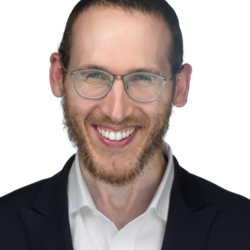 Previously, Dan grew his own consulting firm that worked with and grew consumer, FinTech and retail-oriented companies. Before that, Dan held senior business development positions within the media and asset trading industry. He also spent the first few years of his career on the institutional side of Wall Street working at a hedge fund and building an equity research team for a boutique merchant and investment banking firm.

Dan is a native New Yorker that received his Bachelor’s degree in Finance from Syracuse University.

With an extensive background in SEO, David learned how to put people on the first page of Google. Now, he helps people get their name OFF the internet with his company, Clean Your Name. From hedge fund companies to accountants to lawyers to messy divorces, anyone can be blackballed on the internet. David makes sure what gets posted, gets removed.

David works alongside PR and communication firms to keep their clients looking great. To ensure a stellar experience, Clean Your Name only charges for success. It's why hundreds of people and companies have used Clean Your Name to keep their private information discreet. It's your name. David keeps it clean. 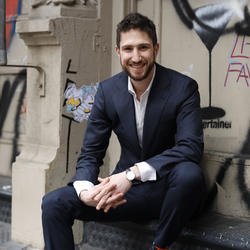 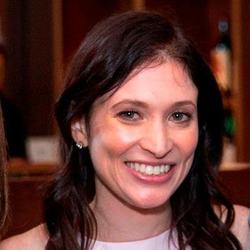 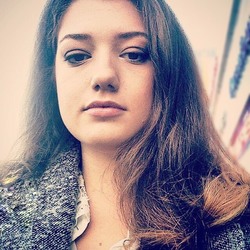 Dan Schori is a Strategy and Media expert who serves as the Executive Director of the American Jewish Congress, one of the leading Jewish organizations in the United States. He was featured in the prestigious Forbes’ 30 under 30 list of 2019. Dan has over 12 years of global experience in leadership, communications, and partnerships. Before joining the AJCongress, Dan served as the Executive Producer for the Israeli version of “Meet the Press”, the highest rated political program in Israel. Furthermore, he led the News Department in the highest rated radio station in Israel, Galei Tzahal (Israel Defense Force Radio) when he was just 27 years old. Also, he worked as a digital advisor to Mr. Yair Lapid while serving as the Minister of Treasury. Dan graduated from Tel Aviv University Law school and worked in one the largest law firms in Israel, Goldfarb Seligman & CO.

Olivia Oran is deputy editor at Business Insider where she leads editors and reporters focused on banking, deals and healthcare. She's also involved in the growth of BI's subscription product, Prime. Before BI, she worked at Reuters for six years covering banking and M&A.

Severina is PR specialist with over 13 years of in-depth experience in corporate communications, media relations and crisis management, as well as a music and entertainment executive.

Throughout her career she has worked on projects with global pop, R’n’B, Hip-Hop, reggae and jazz musicians including Grammy award winners Estelle, Shaggy, Bobby Kimball (TOTO), Grammy-nominees Raging Fyah and international stars like Lara Fabian and Israel’s Idan Raichel. Working on celebrity endorsement campaigns for the last couple of years in London (UK) she was also involved with the Coca-Cola Anthem for the 2018 FIFA World Cup.

Currently she is working on NY and LA-based projects within the music and entertainment industry and is also developing a VFX project for supplying post-production studios with an innovative solution already used for the visual effects in award-winning movies.

In 2012 Severina founded Music Avenue Entertainment - the first ever independent Music PR and Artist Management company back in her home-country Bulgaria where she was active in various areas of the Art & Culture life of the country including Jewish and Israeli-related events.

Her corporate PR background includes specializing in Crisis Management and working with Fortune 100 companies, NGOs and the Diplomatic Corps. Severina is a Public Relations and Communications Association (UK), Music Business Association (US) and International Music Managers Forum Member. She was previously a Co-Chair at the Sports, Music and Entertainment Forum organized by Young Jewish Professionals in March 2019.

YJP is excited to present an incredible evening of insights and discussion with Mark Thompson the president and chief executive officer of The New York Times Company.

Attendees will have the opportunity to dine with Mr. Thompson, join in a candid fireside discussion and mingle with other rising stars in the media, PR, and communication industries over cocktails and gourmet bites.

Interested in being a Co-Chair or joining the Host Committee, please email re@yjpnewyork.com

Interested in being a part of the Leadership Committee, please email batsheva.brunswick@yjpnewyork.com

May
Login or register to view May's details.

Dmitry (dima)
Login or register to view Dmitry (dima)'s details.
Event Over
This event has concluded.