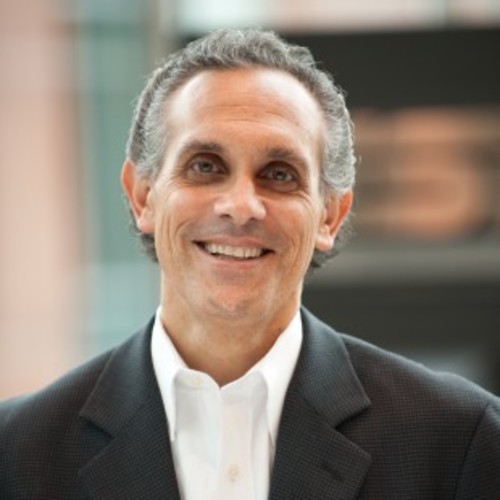 LaPlaca, a 40-year veteran of ESPN, has contributed to the company’s growth at every stage of its development, from scrappy upstart to clear industry leader.

He had been senior vice president, communications (2006-08), overseeing public and media relations. Prior to that he was senior vice president, consumer communications (2003-06), overseeing consumer media and public relations efforts for domestic services ESPN, ESPN2, ESPNEWS, ESPN Classic, ESPN.com, ESPN The Magazine, ESPN Radio and other brand extensions. He is based in ESPN’s Bristol, Conn. headquarters.

LaPlaca joined the network in July 1980 as a communications representative. He was promoted to manager, programming information, in April 1984, to director, communications, in May 1985, and to vice president in January 1990.

Prior to joining ESPN, LaPlaca worked for one year (1979‑80) as assistant sports information director at Brown University.

LaPlaca received a bachelor of arts degree in journalism/mass communication from St. Bonaventure University in 1979, and remains active in support of the University’s Russell J. Jandoli School of Communications. In 2017, he was presented with an honorary Doctor of Humane Letters from the school. He also gave an inspiring and passionate keynote commencement speech to the 2017 graduates.

In 2014, LaPlaca received the Corporate PR Professional of the Year Award from PR News. In typical fashion, he praised the contributions of his entire team when accepting. In 2015, he was inducted into PR News Hall of Fame. In 2018, he was awarded CTAM’s inaugural Beacon Award for Communications Excellence for his extraordinary accomplishments while exemplifying the pillars of communications and public relations excellence. In 2020, he was named to PRWeek’s Hall of Fame. The Communications group has earned many additional accolades over the years, including PR Week’s “Team of the Year” for large corporations and CableFAX Magazine’s “Team of the Year.”

LaPlaca was honored by his alma mater in 1995 with the Jandoli School’s Alumnus of the Year Award, given to a graduate who exemplifies the highest professional standards and for service to the journalism program at St. Bonaventure. In April 2003, LaPlaca became the seventh alum in the program’s 54-year history to be inducted onto the Jandoli School’s “wall of fame,” which includes five Pulitzer Prize winners. Currently, he serves on the Jandoli School’s advisory council.

LaPlaca is active within the industry and the community. He is a member of the NCTA’s Public Affairs Committee, and has co-chaired the Association for Cable Communicators’ annual conference. He was a keynote speaker at the PR News annual Media Relations Forum, and has presented at the Conference for Corporate Communication at Notre Dame. He is a member of World 50, a private community for CEOs and C-level executives at global respected organizations to discover better ideas, share valuable experiences and build relationships that make a lasting impact.

He has served on several industry programming boards, and the boards of several Bristol or Connecticut community organizations, including the United Way and Bristol’s Chamber of Commerce. He is a recipient of the Fred Soliani Award for his overall contributions to Bristol’s Caring About People program, which provides mentors to “at risk” children in need of positive role models.

YJP is excited to host Chris LaPlaca, SVP of Corp. Communications at ESPN in part of our Virtual Mentorship series.

This will be a small Zoom roundtable, with around 25 young professionals, featuring insights from Chris, and an opportunity for Q&A. This event is complimentary for YJP's Virtual, Professional, Young Leadership members and above levels.

For questions about the event or membership please reach out to: amanda.margolis@yjpnewyork.com