We are excited to welcome Miki Naftali for our digital mentorship roundtable to continue our mission of providing mentorship opportunities for young professionals while keeping our members safe and healthy. The roundtable will be held through YJPs digital platform.

For questions about the event: please email raquel@yjpnewyork.com 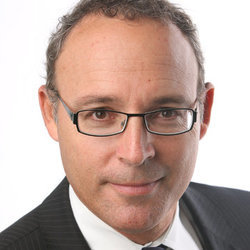 Miki Naftali is the Chairman and CEO of the NAFTALI GROUP, a development company focused largely on high-end residential projects.

As a leader in the international real estate market, Miki Naftali is involved in high-end developments and key investment opportunities in North America, Asia, and Europe.

Prior to establishing the NAFTALI GROUP, Mr. Naftali launched and guided Elad Properties’ successful New York operation and oversaw its tremendous expansion. Under his guidance, the company succeeded at both developing new luxury properties in neighborhoods with strong growth potential, as well as identifying landmark or significant buildings and meticulously restoring them to create unparalleled demand and value. During his tenure, the company demonstrated significant global reach, unmatched effectiveness and proven competitive strength.

Mr. Naftali is a world leader in reviving the elegance of iconic properties by creating the right balance between tasteful restoration and modern ingenuity. He has a track record of spotting unique opportunities and launching projects that continuously raise the bar for creative development in the domestic and international real estate industry. It is these characteristics that have allowed Miki Naftali to craft an entirely new class of innovative ultra-luxury developments, and to become a leader in the real estate industry.

Mr. Naftali has developed millions of square feet resulting in well over a billion dollars of net profit. The $450 million restoration and reconfiguration of the iconic Plaza Hotel epitomizes Mr. Naftali’s ability to generate extraordinary returns through innovative deals and industry expertise. Mr. Naftali and his team worked closely with The Landmarks Commission and the city’s top architects to preserve its beauty and history while transforming it into an economically successful mixed-use development. The Private Residences at The Plaza sold for record prices, and hotel occupancy rates are consistently outperforming the competitive set.

Mr. Naftali is the former Non-Executive Director and Chairman of the Board of Directors of DGRE. He is an active keynote speaker and guest lecturer. Speaking engagements have included; The Real Deal Annual Forum 2009, Friends of the IDF, University of Southern California, and Columbia Business School. He has been invited to speak at The Real Deal’s 5th Annual Distressed Properties Forum, the Stoler Report’s Real Estate Trends in the Tri-State region focusing on Luxury Residentials, and Fox News Travel and Leisure business segment. 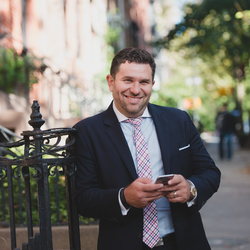 From humble beginnings to living his American Dream on a daily basis, Eugene Litvak
applied his 15+ years of industry experience and taken a “relationships first” approach
to creating and molding his real estate team. Founded by Eugene in 2009, The Litvak
Team today is one of the largest teams at , consisting of a management team, several
support team members, and a strong sales/rental agent force, all refined by Eugene’s
individualized coaching and mentoring.
With a wide range of innate and learned skills to offer, Eugene is happiest when he can
add value to the lives of others, whether in real estate or personally. In his lifelong
pursuit of constant and never-ending improvement, he enhanced his own life and career
through multi-year memberships to Tom Ferry, Brian Buffini, Ninja Selling, Keith
Cunningham's Chairman’s Council and Tony Robbins' Platinum Lions.
Eugene’s charisma is palpable and his knowledge is vast and deep, making him a
highly sought-after business partner and collaborator, and graced him with many clients
who have turned into friends. Eugene is currently a contributing author of Forbes Real
Estate Council, appears both as a Real Estate Expert on Pix 11's Design Recipes and
as a NYC Power Player on The American Dream TV, and also hosts his very own
segment, #TLTTalks.
As an original in Williamsburg’s premier condo, the Edge, Eugene been able to
establish a strong foothold in the Williamsburg market, with over $100MM in sales.
Though Williamsburg holds a soft spot in Eugene’s heart and his business, he and his
team have a proven track record in several other Brooklyn neighborhoods as well as all
across Manhattan. The team produced over $400MM in sales, including several luxury
penthouse transactions, townhouse transactions, and thousands of rental transactions,
totalling over 10,000+ keys passed along.
The Litvak Team’s success is attributable not to the entire team’s above-and-beyond
attitude when it comes to clients, but also to the highly valuable honorary team
members, such as the incredible photographers, stagers, virtual stagers, graphic
designers, and videographers. With their help & collaboration, The Litvak Team been
able to produce numerous luxury listing videos, send over 2,000,000 emails related to
property or real estate, and mail over 60,000 letters and postcards.
Originally from Ukraine and raised in Brooklyn, Eugene still lives at the Edge with his
wife and their young twins, to whom they’ve taught to speak fluent Russian. Eugene
found fatherhood to be one of his greatest accomplishments and finds immense joy in
watching his children grow. He is an active member of his community, hosting weekly
basketball games that he and his neighbors play in, shooting not hoops, but also the
breeze. His love of community also resulted in The Litvak Team’s contribution of 400

Jonathan
Login or register to view Jonathan's details.
Register for this event