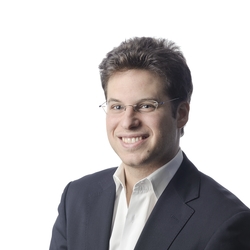 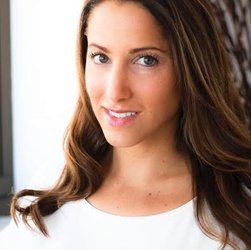 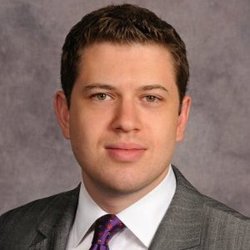 Aaron Stern is a Director at Fir Tree Partners in New York. Mr. Stern’s primary focus is on distressed and event-driven credit and equity opportunities globally, which has included investments in sovereign and municipal credit. Prior to joining Fir Tree, Mr. Stern was an Investment Analyst at O.S.S. Capital Management and Millennium Management. Before Millennium, Mr. Stern was an Investment Banking Analyst in Credit Suisse’s Leveraged Finance and Restructuring groups. Mr. Stern received his B.Com, with Honors, from McGill University. He is a Global Expert at McGill’s Desautels Faculty of Management, where he guest lectures. In addition, he has spoken at numerous investment conferences and panels including the Sohn Investment Conference in Hong Kong, and has shared his investment ideas on Bloomberg TV.

Moran Forman covers one of the most important books of business in Goldman Sachs' equities unit. The 30-year-old runs the developed markets index desk, trading the S&P 500 options book for the firm.

Forman's clients are some of the biggest asset managers and macro hedge funds in the world. As such, her desk executes billions of dollars of trades every day.

In the first half of 2017, Goldman's equity derivatives business was ranked joint third globally, according to data from Coalition.

Forman got her start on the Street while she was a student at Columbia University in New York. She completed a sophomore year and junior year internship at JPMorgan in 2007 and 2008. She started as an assistant trader in 2009. Ultimately, she moved over to Goldman in 2012 when the firm had an opening on the desk.

Forman traded the Russell and Nasdaq book for a while. She moved over to the S&P book after Leland Hensch retired two years later in 2016.

Vlad Khandros advises clients and internal groups on market structure issues and focuses extensively on UBS's electronic strategy, particularly on exchange and alternative venue analysis, as well as order routing decisions. Vlad manages the global cross asset market structure team and the UBS ATS team which is currently the largest and most transparent bank ATS. Vlad represents UBS in several advisory committees and industry groups including the IEX Quality of Markets Committee, UBS Political Action Committee, and SIFMA Equity Markets & Trading Committee. Prior to joining UBS in 2011, Vlad was Global Co-Head of Corporate Strategy at Liquidnet, responsible for business development, market structure, and government relations. Vlad was previously a board member of BIDS Trading LP and Chi-X Global LLC, and currently serves on the board of Stay Pawsitive, Inc. an animal welfare charity.

Daniella
Login or register to view Daniella's details.
Event Over
This event has concluded.