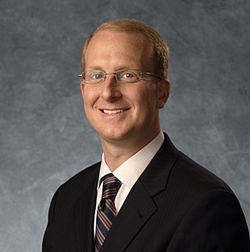 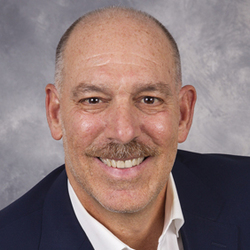 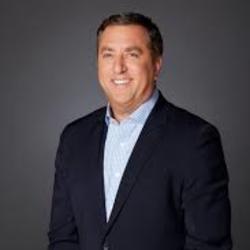 Weinberg is responsible for all programming acquisitions, strategy and scheduling across broadcast and cable, including all event and studio hours. In that capacity he manages the division’s relationships with various partners including the NFL, NCAA, Augusta National Golf Club, PGA Tour, PGA of America, SEC, Big Ten, Atlantic 10, American Athletic Conference, Big East, Mountain West, as well as Army and Navy, PBR and many more. He also works closely with Showtime Sports and CBSSports.com.

Prior to Major League Baseball, Weinberg spent four years at Six Flags, where he was Vice President of Entertainment, overseeing all entertainment and licensing for the parks. He created and managed live entertainment across the park system, negotiated third party vendor contracts for major show projects, partnered with Dick Clark Productions’ music archives to create films for the park theaters and coordinated the production of several original features for the Six Flags TV network. Weinberg also managed multi-million dollar licensing partnerships with entertainment brands such as Warner Brothers, DC Comics and MTV.

Weinberg began his career as a production assistant at ESPN, working in various capacities during his 12 years at the company. Most recently he served as Executive Producer, ESPN Original Entertainment, where he created content to serve the company’s emerging media networks. Previously Weinberg was Coordinating Producer, ESPN Classic, where his responsibilities included overseeing more than 50 documentary-style programs.

Weinberg is a graduate of Cornell University (B.S. in Communication) and lives in Westfield, N.J. with his wife and four children.

As Executive Vice President of Marquee Events and Operations, Joel Fisher is responsible for a wide array of company priorities that span several important categories. He serves as lead executive for significant initiatives that require special handling and management, from league and political events to one-of-a-kind appearances or significant corporate undertakings, including real estate, additional construction and historical projects for Madison Square Garden. In addition, he oversees two of The Garden’s most enduring franchises – college basketball and boxing – utilizing his key relationships to ensure these areas continue to build on their long and successful traditions at The Garden. Mr. Fisher is also responsible for other live sporting events outside of MSG’s teams such as bull riding, wrestling, college hockey, tennis and eSports.

Mr. Fisher first joined MSG in 1984, holding a number of positions over his more than three decades with the company, ranging from overseeing suites and premium hospitality to group sales. He most recently served as Executive Vice President of Sports Properties, where he ran the day-to-day operations of the department and all business operations for the Westchester Knicks.

Over his tenure, Mr. Fisher has played a lead role on numerous special projects such as the historic three-year Transformation of the Madison Square Garden Arena. In addition, he has led the Company’s efforts to bring landmark events to MSG’s venues, including most recently in 2018, the 60th Annual Grammy Awards and the Big Ten Tournament, both at The Garden. He also brought the NCAA Basketball East Regional Finals back to The Garden in 2014 for the first time in 50 years, which has since been followed by MSG hosting the tournament again in 2017, and an announced return in 2020. Other recent past events include New York State’s first-ever professional MMA event, UFC 205; the MTV Video Music Awards at MSG; the celebrated visit of His Holiness Pope Francis to The Garden; the first-ever eSports tournament held at MSG, and the 2015 League of Legends Championship. He also oversaw the NBA and the WNBA All-Star Games, including the first NBA All-Star Game played in the transformed MSG in 2015 and the inaugural WNBA All-Star Game played in 1999; as well as the NBA and NFL Drafts; the 39th Annual Grammy Awards in 1997, the 45th Annual Grammy Awards in 2003, and the 60th Annual Grammy Awards in 2018; and the 2004 Republican National Convention.

Mr. Fisher serves on the boards of the Garden of Dreams Foundation, which works closely with MSG to positively impact the lives of children facing obstacles, and Big Apple Basketball Inc., which is dedicated to assisting young people in attaining their educational and professional goals. He also serves on the Executive Committee Board for NYC & Company and the 34th Street Partnership.

Mr. Fisher resides in Manhattan with his wife Lisa and has three daughters: Colette, Gabrielle and Jolie.

Jon Miller is President, Programming, NBC Sports Group where he oversees linear and digital programming for NBC Sports and NBC Sports Network and is prominently involved in sales for both networks. Previously, Miller served as Executive Vice President, NBC Sports since November 2006.

Miller, who is credited for creating the NHL Winter Classic – an event that the New York Times said “has stolen New Year’s Day” – oversees nearly 10,000 hours of annual programming on NBC Sports and NBCSN including The Triple Crown, The Breeder’s Cup, Royal Ascot, the NFL, the NHL, French Open, Notre Dame Football, Tour de France, The America’s Cup, IndyCar and NBC’s golf properties, which include the PGA TOUR’s Players Championship, The Open Championship and President’s Cup, as well as the PGA of America’s Ryder Cup. Miller, who has been with NBC for more than three decades, is also responsible for NBC Sports’ original programming. He also works closely with SKY Sports on international programming opportunities.

Most recently, Miller has been instrumental in the acquisition of some of the world’s top sports properties, helping solidify multi-year agreements for The Indianapolis 500, the top open-wheel racing series and one of the biggest events in all of sports, NASCAR, America’s top Motorsports Franchise, IMSA, Supercross, The Premier Lacrosse League, The Rugby World Cup, Rugby 7’s World Series, Six Nations Rugby Championship and The European Rugby Champions Cup. He led the team that acquired The Premier League, the preeminent soccer league in the world.

An innovative and resourceful leader, Miller created the successful NBC Sports Ventures unit, which generates income from non-traditional revenue streams and does not rely merely on advertising as the sole source of income. The unit acquires and develops new and existing sports properties, and is actively involved in the organization, marketing and promotion of the events. Properties under that umbrella include the highly successful American Century Golf Championship, the PNC Father/Son Challenge, the annual high school football showcase, The All-American Bowl and The National Dog Show, which has become a Thanksgiving Day tradition.

Previously, Miller served as Senior Vice President, Program Planning and Development, NBC Sports, starting in 1988. Prior to that, he was an account executive in the NBC Sports & Olympics sales department. He has been with NBC since October 1978.

Jon is actively involved as an advisory board member for the Tom Coughlin Jay Fund, as well as the NY/NJ Juvenile Diabetes Research Foundation.

Miller, who was born in Washington, D.C., and raised in Bethesda, Md., graduated from Miami University in Oxford, Ohio. He and his wife, Jan, have two sons, eff and Robby. 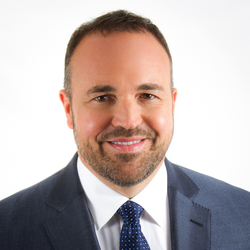 Ivan Parron is a lawyer and principal of the law firm PARRON LAW | Entertainment & Sports, with offices in Miami, Los Angeles and New York City. Primarily a media industry transactional and dispute resolution lawyer, Parron practices exclusively within the industries of sports, television, motion pictures, music and technology, providing counsel in the areas of business, media rights, publicity rights, licensing & distribution, finance, antitrust and intellectual, property. His clients include professional sports federations, leagues and teams, professional athletes, artists, celebrities, eSports leagues and teams, technology, media and TV production companies. He is an adjunct professor of sports law at Florida International University College of Law, an active committee member of the Sports Lawyers Association and a licensed NFL, NBA and FIBA agent. With a unique blend of media and technology expertise and market trend savvy, Ivan Parron is uniquely qualified as a leader to strategize in and counsel on the ongoing revolution of multi-platform sports media and television content distribution.
Parron has over 20 years of business and legal experience in the entertainment and sports industries as a lawyer, a CEO and an agent. His first contribution to the media industry’s future has garnered him the title “inventor of the online music store” when the internet startup that he founded in 1998, Ritmoteca.com was credited as an early predecessor to Apple’s iTunes. Negotiating the earliest internet digital music and media distribution deals with UNIVERSAL, SONY, BMG and WARNER MUSIC solidified his reputation as a dealmaker. Parron was later recruited by Universal Music Group as in-house counsel, overseeing business and legal affairs for the US Latin, Latin American and Iberian Peninsula regions.

Parron’s eventual departure from Universal Music Group to launch his firm PARRON LAW with Universal as his first client was well timed with the explosive growth of reality television in the mid- 2000s. He has represented top talent in shows including VH-1’s HOGAN KNOWS BEST, MTV’s JERSEY SHORE, Fox’s AMERICAN IDOL, NBC’s THE VOICE, Bravo’s REAL HOUSEWIVES and many more. He is equally experienced on the TV production side, having represented multiple international TV networks and production companies including Endemol Shine and Fremantle Media and has also served as production counsel on numerous motion pictures and television series including The X FACTOR.

Parron is a regularly invited speaker and panelist at sports, entertainment, media and technology conferences around the world. He has been named a Top 50 Music Attorney by the prestigious industry publication Billboard, is a two-time elected Grammy-Governor with The Recording Academy, an Emmy-voting member with The Television Academy and an active member of the International Association of Entertainment Lawyers. He has also been voted Super Lawyers in Entertainment multiple times in both Florida and New York. Parron’s law articles on entertainment and sports have been published by the American Bar Association and he is regularly invited as a legal commentator on CNN to discuss entertainment and sports law cases and is also a frequent contributor to The Huffington Post.

The Sports & Entertainment Panel will bring together top executives and like-minded professionals from the Sport and Entertainment industries.

The evening kicks off with dinner, drinks, and networking, where you’ll find fresh faces and reconnect with some familiar ones. Afterward, you will take a seat at a dinner table for a 1 hour panel on our mainstage where top industry professionals will have a discussion on the ins and outs of working within entertainment.

This event is included for the following member chapters:
-Sport/Entertainment Professional members
- Young Leadership members and above