The Sport & Entertainment Panel will bring together top executives and like-minded professionals from the Sport and Entertainment industries.

The evening kicks off with dinner, drinks, and networking, where you’ll find fresh faces and reconnect with some familiar ones. Afterward, you will take a seat at a dinner table for a 1 hour panel on our mainstage where top industry professionals will have a discussion on the ins and outs of working in entertainment. 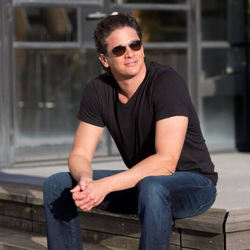 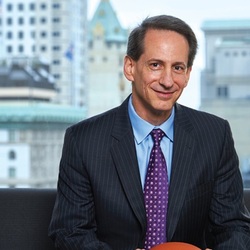 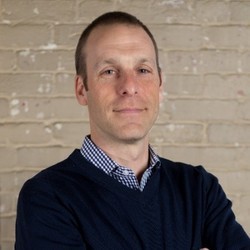 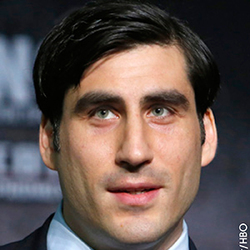 Ari Ackerman is a successful serial entrepreneur and proud philanthropist. Ari’s role in his business ventures include strategic development, growth, and overall management. His entrepreneurial history includes being the Founder and Chief Executive Officer of Bunk1.com, the enormously popular technology company that allows parents to see pictures, and send emails/Bunk Notes to kids at summer camp. Two years ago, he had a successful sale and exit of Bunk1 to a private equity firm. Prior to Bunk1, his career has included product management with Procter & Gamble and the marketing department of Cendant Corporation. Additionally, he worked for 4 years on Capitol Hill for a member of Congress and on the Banking and Financial Services Committee. Ari has been fortunate enough to have been featured in dozens of media outlets including CNN, the Today Show, the New York Times, and Wall Street Journal.

Ari grew up in New York City and received his undergraduate degree from Duke University and an MBA with honors from Northwestern University (Kellogg). His philanthropic endeavors included serving on multiple boards such as the JCRC, AIPAC, UJA. In addition, he has hosted dozens of leading political figures in his home including John McCain and Michael Bloomberg. One of his latest entrepreneurial ventures is Tribe, a unique dating app that facilitates meaningful connections for Jewish singles. Most importantly for Baseball and sports fans, he is also recently a partner in the Derek Jeter led group that purchased the Miami Marlins.

Prior to his current role, Koenig was NBA Executive Vice President, Business Affairs and General Counsel, where he was the head of business affairs and responsible for all legal work across a variety of league businesses, including digital, television, media, sponsorship and licensing. In that role, Koenig helped negotiate virtually every major commercial agreement for the NBA, developed and oversaw the league’s media policies, and was instrumental in many NBA accomplishments, including the launch and growth of NBA TV and the WNBA, the NBA’s partnership with Turner to jointly manage NBA Digital’s assets, and the creation of NBA China. Koenig joined the NBA in 1990 and served as the NBA’s Assistant General Counsel before becoming General Counsel of NBA Entertainment in 1993.

Koenig serves on the Board of the Naismith Memorial Basketball Hall of Fame and the T. Howard Foundation. Prior to joining the NBA, Koenig was associated with the law firm of Proskauer Rose Goetz and Mendelsohn, where he was a litigator who concentrated on professional sports and antitrust matters.

Koenig graduated with honors from Harvard University, the London School of Economics and the University of Pennsylvania School of Law, where he served as an editor of the Law Review.

Koenig is a native of Hollywood, Fla., and resides in Scarsdale, N.Y.

Peter Nelson is executive vice president, HBO Sports, for Home Box Office. He is responsible for overseeing the strategic direction, programming and operations of the HBO Sports department, including its boxing franchise and HBO Pay-Per-View®. In addition, the HBO Sports portfolio includes the Peabody- and Emmy Award®-winning journalism program Real Sports with Bryant Gumbel, the nine-time Peabody Award-winning documentary team, the boxing studio show The Fight Game with Jim Lampley, the innovative talk show partnership with Uninterrupted, The Shop, and the landmark reality series Hard Knocks and 24/7, which have garnered 16 and 18 Sports Emmy® Awards, respectively.

Since assuming leadership of the division, Nelson has engineered a re-boot of the department’s documentary space, fashioning projects that include Bill Simmons, the WWE, LeBron James and Maverick Carter of SpringHill Entertainment and the Zimbalist Brothers (Michael and Jeff). The HBO and IMG Original Content partnership generated the highly visible multi-part douc series BEING SERENA in the spring of 2018 that chronicled the life of tennis superstar Serena Williams. Nelson fostered a relationship with the NBA for unscripted programming that began with the 2018 presentation Courtside at the NBA Finals. He also executed a long-term renewal of the acclaimed reality series Hard Knocks with the NFL.

Nelson joined HBO Sports in 2011 as director of sports and became vice president, programming, HBO Sports in 2013. Prior to HBO, Nelson worked at an art advisory firm in Beverly Hills, Harvard’s Villa I Tatti in Italy, and later as a journalist, having previously done editorial work for Harper’s Magazine and writing for the New York Times, among other publications. In addition, Nelson wrote for HBO’s groundbreaking documentary series 24/7. His reporting was recognized by The Boxing Writers Association of America for best feature writing in 2010. 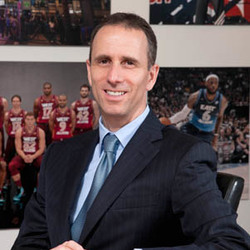 Dan Rube joined the NBA in 1995 and currently serves as the league’s Executive Vice President and Deputy General Counsel.

Rube’s principal responsibilities include collective bargaining with the National Basketball Players Association, management of the NBA’s salary cap system, counseling teams on matters relating to the CBA and league rules, and the formulation and implementation of league revenue-sharing policies. In addition to his work in these areas, Rube is responsible for implementing the NBA’s agreement with FIBA, basketball’s world governing body, and for overseeing the structuring and administration of league-wide benefit programs for players, coaches, and team executives. Rube also works on projects for the NBA Board of Governors and on various competition-related matters.

Prior to joining the NBA, Rube served as a law clerk for the Hon. Robert Cowen of the United States Court of Appeals for the Third Circuit and worked as a litigation associate at the New York law firm of Paul, Weiss, Rifkind, Wharton & Garrison and the Philadelphia law firm of Ballard Spahr Andrews & Ingersoll. Rube received his B.A. from Amherst College in 1988 and his J.D. from Harvard Law School in 1991. 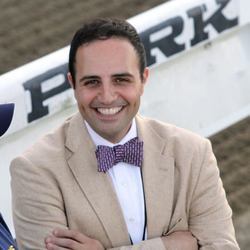 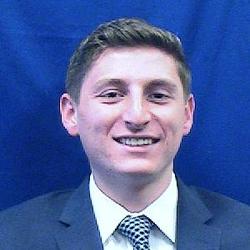 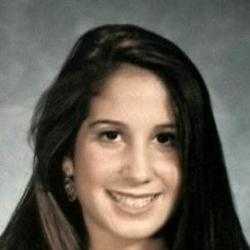 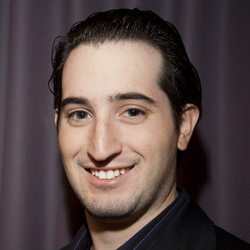 Dan Tordjman is the Manager of Partnerships and Sponsorships for America’s Best Racing (ABR). Dan’s career began in television, where he spent nearly a decade as a news reporter and correspondent. In the years following, he turned years of content development, video experience and social media into a leading role with ABR, which is the largest multimedia marketing platform in the sport of horse racing. In addition to developing strategic partnerships with brands inside and outside of racing, Dan has organized and overseen dozens of influencer marketing campaigns and branded pop-up events. In 2016, along with two partners, Dan launched Equestricon — horse racing’s first and only international fan festival, trade show and industry convention. Originally from Brooklyn, Dan now lives in Queens with his wife Marti. He’s an avid consumer of every type of podcast and documentary.

Prior to his current role, Eli worked with Priority Sports’ marketing department in Chicago, IL, he assisted in selling endorsements for its client roster of over 150 athletes, coaches & broadcasters throughout the NBA & NFL. Eli’s interest in assisting individuals & companies find creative ways to accomplish their prerogatives started during his internship with New York Mets in 2015, where he worked with Event Coordinators to activate their events at Citi Field. Eli studied at Syracuse University’s David B. Falk School of Sports Management.

Laurence Knobel started his career in professional sports as a high school student in 2001, serving as a Ballboy at the US Open tennis championship.

Between the years of 2002-2005, Laurence worked as an Equipment Intern for the New York Jets, assisting in organizing practice drills with coaches and interacting with players and management.

After the 2014 season ended, Laurence moved crosstown to work in the ticket office for the New York Yankees. There he built customer accounts and conducted ticket sales operations for both the Yankees and the NYC Football Club. From 2016 to the present time, Laurence has worked in the Premium Service Department, coordinating and managing suite owner requests as well as managing the Will Call list for ownership, corporate relations, corporate sponsorship, and players' family tickets. 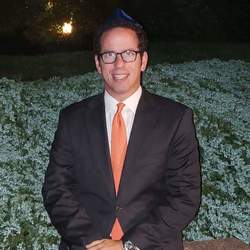 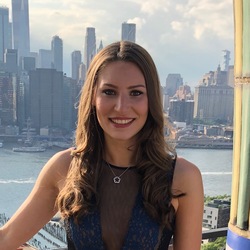 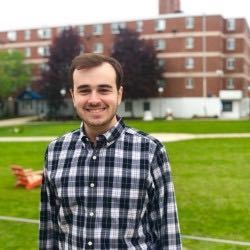 Max Orland has worked in sports for over a decade, beginning as student manager for the baseball and basketball teams at the University of Delaware, where he received an Advanced Certificate in Sport Management. Since then, Max has held various fan services positions with the Red Sox, Phillies and Mets for which he has been recognized with various achievement awards. His sport retail experience includes positions at Nike, Under Armour, and currently at Legends at Yankee Stadium.

Max has been a leader in the disability inclusion field, speaking throughout the country about college and workplace opportunities for individuals with special needs. He is also committed to community service having worked with the Red Sox Foundations and now with Dream RBI.

Max is hoping to take his experience and talents to a new level by securing a position in a major league sports clubhouse or locker room. All leads are welcome!

Nicole Chaplin is a coordinator in the Marketing Partnerships group at Madison Square Garden. She supports a team of distinguished sellers and is fully involved in the sales process with new and existing corporate partners. Her work spans across the 30+ properties that make up Madison Square Garden’s Portfolio including the Knicks, Rangers, Live Music, Christmas Spectacular, TAO Hospitality and more. Nicole’s interest in partnerships stemmed from her grassroots work with New York Lizards in 2015, when the team went on to win the MLL Cup. Academically, Nicole attended The Frank G. Zarb Business School at Hofstra University graduating from the honors college with her BBA in 2016. In 2017, She went on to complete her MBA with distinction with a focus in Sports and Entertainment Management.

My name is Ricky Hauser and I a Business Management Major with a Sport Management Concentration at the University of New Haven and I will be graduating in December 2020. My background includes working for companies including the New York Mets, Yale University Athletics, the University of New Haven Athletic Department, the 2019 College Football Championship, WNHU (Connecticut Radio Station), Banana Republic, the Charger Bulletin, and the Jr. NBA. These unique and diverse experiences have enhanced my skills in customer service, data entry, written and oral communication, social media, marketing, event management, and leadership.

Jesse
Login or register to view Jesse's details.
Event Over
This event has concluded.