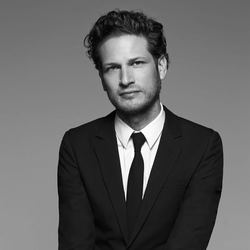 Uri Minkoff, a serial entrepreneur, is the Chief Executive Officer and Co-Founder of Rebecca Minkoff, one of the fastest growing brands in the fashion industry, and the largest global fashion label led by a female millennial designer.

Uri is well known as the most forward thinking CEO in fashion, especially when it comes to the innovative use of new technologies and the omnichannel customer experience. In 2015, Uri was credited with leading the fashion industry towards a “see now, buy now” calendar for runway shows. Uri is also the driving force behind what Morgan Stanley describes as the “stores of the future.” He is a highly sought after speaker on the nexus between fashion, retail and emerging technologies.

Uri founded the company in 2005 with his sister Rebecca, and serves as the Creative Director for the Uri Minkoff men’s accessories, footwear and apparel line. As of today, Rebecca Minkoff is a full lifestyle brand distributing accessories and apparel in 900 wholesale doors, with retail locations in New York, Los Angeles, San Francisco, and Chicago, and international retail stores in Korea, Hong Kong and Dubai. In 2019, Rebecca Minkoff is on target for substantial YOY growth and expansion in markets around the world. 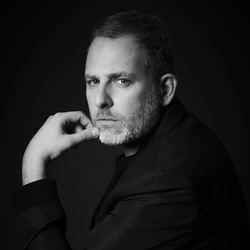 Intricate details have always been a part of Kobi Halperin’s life, dreams and inspirations. Born in Israel in the 1970’s and raised in a home with deep Eastern European roots, Kobi grew up surrounded by hand carved ornamented furniture, embellished tapestries and beautifully framed paintings detailed with brushed metals. These intricacies helped shape Kobi’s thirst for aesthetics and perfectionism in the smallest of details and would continue to be a main source of inspiration throughout his career and in current collections.

Kobi studied and received his B.F.A from Shenkar College of Engineering and Design. Upon graduating from Shenkar, Kobi moved to New York where he became the creative force behind the Elie Tahari brand for 13 years. In 2012, Kobi became the Executive Creative Director at Kenneth Cole Productions for 3 years.

After 16 years as an accomplished Executive Creative Director, Kobi Halperin stepped into the forefront and launched his own label with his Fall 2015 collection. The label embodies a European sensibility and attitude and is known for its crafted artisan details and modern femininity. The collection draws its primary inspiration from Kobi’s past and upbringing during a more idyllic and romantic era. In its launch season, the collection was picked up by Neiman Marcus, Saks Fifth Avenue, Bloomingdales, Nordstrom, Scoop, Shopbop, and other specialty stores.

Kobi continues aiming to elevate the everyday by bringing to the market collections that are rich in luxurious textiles and beautiful embellishments. His collections are skewed towards emotional novelty pieces with a focus on blouses, dresses, skirts, leathers and vests.

Aside from growing his business – Kobi’s other passion in life is mentoring students. He is actively involved with cultivating and developing Shenkar College’s emerging fashion students and being a mentor to Savannah College of Art and Design students. Kobi Halperin currently lives in New York City and is married with two daughters. 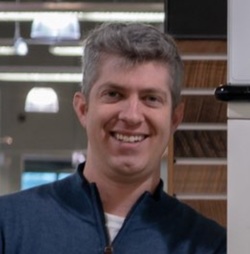 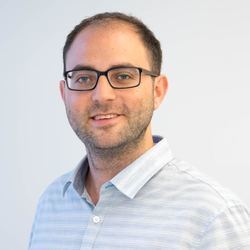 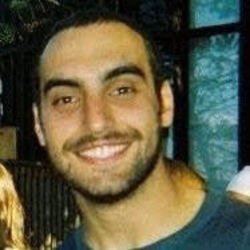 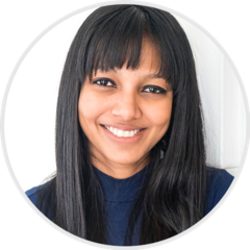 The NuMilk Company is bringing fresh to dairy-free and eliminating food waste and carbon impact, with innovative make your own dairy-free milk machines placed in grocery stores.

Ben Birnbaum is the Co-Founder of Repower Group (www.RepowerGroup.com). Repower Group finances, owns, and operates infrastructure for new mobility and renewable energy. Prior to starting Repower Group, Ben was Head of Growth for MV Transportation, and Director of Growth Strategy for McGraw Hill Education. He was a Birthright Excel Fellow in 2011, served as the Fellowship’s North American Chairman from 2013-2017, and remains a board member today. Ben grew up in Cherry Hill, NJ and received both his Bachelor’s and Master’s degrees from Pennsylvania State University.

Entrepreneur. Web developer. General trouble maker. Benji is the creator and CEO of Founders Bloc, a new network combining coworking economics with incubator resources, as well EIR @Mercer, responsible for helping drive cross-organizational change and innovation. Previously, Benji was Global Community Director for WeWork, Global Director of WeWork Labs, and founder of the location based social network, Kami. Benji was the first ever Interactive Media Studies major at Harvard and received a Masters degree from NYU in Open Innovation. Benji believes in openness, honesty, and passion, and is a dork for all things digital and community.

Chae O’Brien is a product marketer, workshop facilitator, and SMB mentor who brings over 10 years of experience and dedication to helping both small and large brands grow exponentially. She began her career in the global Oil & Gas sector which led her to be the first and female CMO of a 50M Engineering company by the time she was 27 years old. She moved to NYC in 2015 where she has worked in the Ad-Tech and Video Advertising industry. In her spare time, Chae mentors small businesses and startups for SCORE NYC and the venture capital firm, Backstage Capital. She is also a certified SCRUM Master and promotes agile marketing as one of the most efficient ways for lean organizations to scale growth and achieve go-to-market success. Thought Bakery was created as a workshop-based consultancy to promote these methodologies where education and coaching are the core pillars of its value proposition. Chae holds a BBA in Marketing from the University of New Brunswick, Canada, and a Ms.c. of Energy, Trade & Finance from Cass Business School, City University, UK. You can learn more about Chae and the TB team at thought-bakery.com. 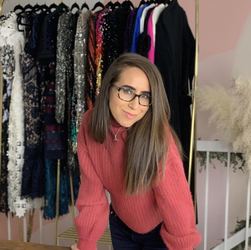 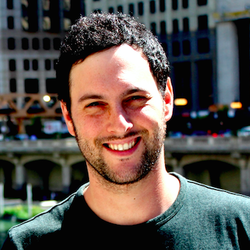 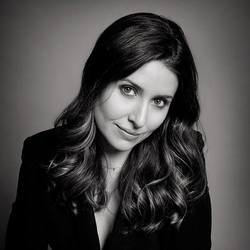 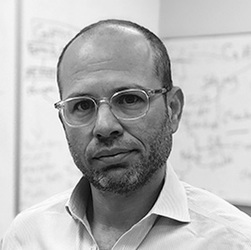 Dalia Strum is the founder of RethinkConnect, an agency that focuses on the future of marketing in an ever changing environment. RethinkConnect’s most recent Experiential Marketing Symposium was feature in Forbes discussed several marketing strategies that can help increase customer acquisition and brand loyalty. She is also an educator on Digital Marketing at The Fashion Institute of Technology, NYU, Baruch, Westchester College and WCC. Her classes include Social Media, Social Media Marketing, Blogging for Business, Intro to Digital Marketing and Social Commerce. She’s a host on two podcasts, “Content is your Business” has upwards of 20,000 downloads and her most recent one OneQuestionXYZ, which focuses on marketing and sales strategies and has hosted guests from Facebook | Instagram, Vayner Media, WeWork, etc.

Dalia is a leader at the intersection of fashion + retail + tech. She has presented and moterated at several events, such as #DMWF at the Javitz Center, Brand
Innovators Fashion & Beauty, and The Network at FIT.

She recently hosted a successful hackathon with Coach “Tapestry” where several concepts are coming to fruition. Dalia was also one of the winners of the first Hearst Fashion hackathon, and is frequently contributes to industry publications including luxury daily, Globe and Mail, and Evins.

It all started with a trip out west. During a week-long Los Angeles getaway, New York designer Jillian Shatken became energized by the city’s nouveau bohemian aesthetic, breezy attitude and revitalized creative culture, which included a burgeoning circle of female-led emerging clothing brands. Wanting to transport that independent spirit and relaxed atmosphere back to the east coast, Shatken returned home and created SAYLOR, a Manhattan-based contemporary label that marries California effortlessness with a distinct sense of downtown cool.

Made from expertly-sourced fabrics, SAYLOR’S separates and dresses are characterized by modern-feminine silhouettes, throw-on ease and impeccable fit. They’re the playful, wear-anywhere pieces you consistently reach for—the ones you slip on to hunt for treasures at the Rosebowl flea market in L.A., for a brunch-bound bike ride across the Brooklyn Bridge and everything in between.

What does Saylor mean? Designer Jillian Shatken was saving the name for her future daughter, but instead gave the moniker to her label, which she considers her true first-born.

Jonathan founded a number of successful eCommerce companies and is regarded as a pioneer and expert in the fields of online sales and eCommerce. As the chief executive of Gaffos Inc. he brings an innovative and entrepreneurial approach to his ventures to maximize customer engagement, sales and overall efficiency. Jonathan is the Founder and current CEO of Gaffos Inc, runs all Gaffos related businesses and day to day operations. Jonathan grew Gaffos from $50K in sales in 2008 to over $12 million in 2018. Jonathan holds a BS in finance from Yeshiva University Sy Syms School of Business. 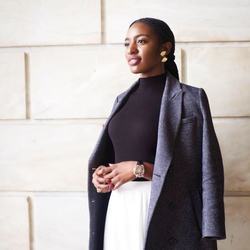 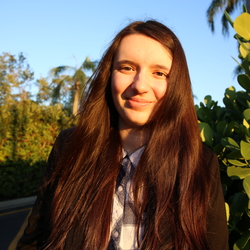 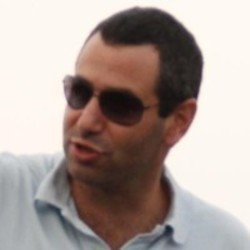 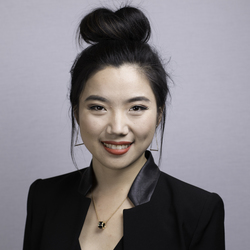 Kevwe was born in London to Nigerian parents and grew up in Allen, Texas. She started her career at Credit Suisse as an investment banking analyst in the Tech, Media and Telecom group in New York City. At Credit Suisse, she devoted most of her time to analyzing the business models of a variety of technology companies ranging from Fortune 500 media conglomerates to high-growth technology companies.

Kevwe is passionate about the increasing amalgamation of fashion and technology. This led her to develop the idea for Koviem, an online atelier with the vision of introducing a feminine experience to custom suiting. She saw the rising number of women in management positions coupled with the lack of tailors that specialize in creating women’s suits and decided to address the need. Koviem’s philosophy is simple: utilize technology to curate beautiful pieces for the modern woman.

Kevwe holds a degree in Finance from The McCombs School of Business at the University of Texas. She also studied fashion and brand management at the Università Bocconi in Milan.

At the age of eighteen, Madeline Fedorova started Anxiety Reliever a mental health company that brings innovative anxiety tracking tools to anyone, at any time, anywhere. The IOS and Android app was launched in 2017 and generated more than 40,000 organic word of mouth downloads. Anxiety Reliever has been featured as one of the best apps for anxiety relief together with Calm and Headspace by MindBodyGreen, as well as highlighted in Self.com, Refinery29, TheHeraldSun (AU), TheMighty. Tested and recommended by the Scarborough Hospital in Toronto. Madeline's mission is to bring forward-thinking wellness solutions to reach optimal mental health and wellbeing.

Samantha Dong is the CEO & Founder of ALLY Shoes, an innovative fashion brand with the most comfortable power heels for professional women. Sam had the idea of Ally when she was a second year MBA student at Stanford University, triggered by a foot injury from a hiking incident. She was previously at OrderAhead (acquired by Square) and Deloitte Consulting before starting ALLY, and have been featured in Vanity Fair, Footwear News, and Linkedin Editors as a thought leader. 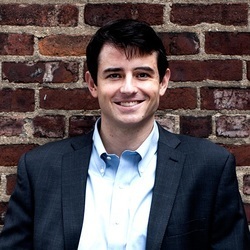 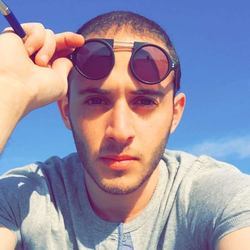 Prior to founding Stylinity, Tadd held senior sales, management, and product development positions at HSBC and Catamaran. At Catamaran, Tadd was responsible for the ideation and development of a value-based pharmacy benefit management solution that measurably improved adherence rates for multiple disease states and a proactive real-time claim subrogation engine. Tadd’s prior interest in technology entrepreneurship led him to found NRGOnline, a web development company, while earning his degree in International Business and Management at Dickinson College, with specializations in in econometrics and Latin American Studies.

Tadd has been featured in Forbes and as a panelist at PricewaterhouseCoopers, in addition to serving as a subject matter expert for their "Total Retail 2015: Retailers and the Age of Disruption" report. An avid hiker, skier, and traveler, Tadd enjoys combining his love for technology with his passion for the great outdoors.

Zee is a scientist entrepreneur. He is a Chief Executive Officer and Co-Founder of Sayar Care, a company that creates clinically proven, go-to market formulas.

YJP is proud to present an incredible evening of insights and discussion with Uri Minkoff, Co-Founder & CEO of Rebecca Minkoff.

Attendees will have the opportunity to dine with Mr. Minkoff, join in a candid fireside discussion and Q&A session, and mingle with other rising stars in the entrepreneurship, fashion, branding, and startup spaces over cocktails and gourmet bites.

Jodi
Login or register to view Jodi's details.
Event Over
This event has concluded.