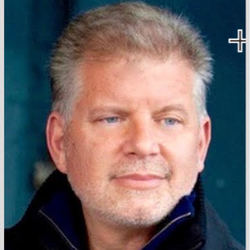 Mr. Brian Cohen serves as Founding Partner at New York Venture Partners. He also serves as the Chairman of the Board of Directors of New York Angels, Inc. Mr. Cohen served as Vice-Chairman at the New York Angels, Inc. Previously, Mr. Cohen created iFluence PR. He also developed Good Cause Communications. He is the Founder of Technology Solutions, Inc (TSI). Mr. Cohen founded New York Angels, Inc. in 1983. He sold New York Angels, Inc. to The McCann Worldgroup, Inc. in 1997 where he served ad the Vice Chairman of Technology Group. Mr. Cohen started Focus Technology and provided all development and moderating support. Before launching TSI, he was a founding Publisher of Computer Systems News and InformationWeek magazine at CMP Publications. Mr. Cohen created and instituted the RPM (Rapid Publicity Marketing) model of strategic communications. While in graduate school, he was involved with pioneering computer trade publications including Personal Computing Magazine and Minicomputer News from Benwill Publishing. Mr. Cohen serves on the Dean's Advisory Board of Directors. As an educator, Mr. Cohen developed the AIMS (Applied Internet Media Studies) Program. He is a frequent speaker on topics related strategic communication, entrepreneurism and early startup investing. He received a Masters Degree in Science Communications from Boston University's School of Public Communications in 1978 and received two Honor B.S. degrees from Syracuse University in Biology and Speech Communications. 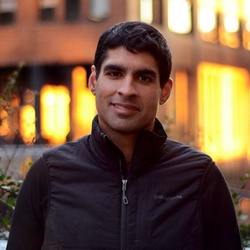 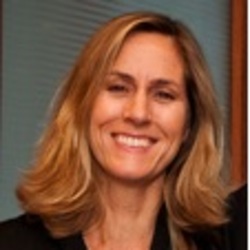 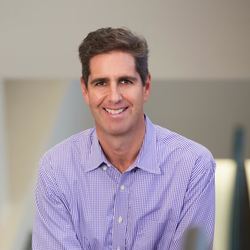 Prior to joining Activate, Gyan worked with Activate’s predecessor fund – Milestone Venture Partners -- and graduated from the MBA program at the Wharton School of Business. Before Wharton, Gyan worked for Gather Health, a chronic disease management startup, and Citigroup where he built and scaled businesses in foreign exchange derivatives, focusing on complex products.

Laura Sachar is a Founder and Managing Partner of StarVest Partners, a New York City based venture capital firm founded in 1998. StarVest invests in technology-enabled business services companies with a focus on software-as-a-service, ecommerce and internet marketing. StarVest was an early investor in the software-as-a-service trend: in 2000, it invested as the only venture firm in NetSuite (NYSE: N). Other noteworthy investments include MessageOne, acquired by Dell Computer; Connected, acquired by Iron Mountain; iCrossing acquired by Hearst; Insurance.comacquired by QuinStreet; and Fieldglass acquired by Madison Dearborn.

Laura is an experienced entrepreneur and private equity investor. She has founded three successful entities, was an early identifier of the growth in digital media and has invested for over a decade in technology-enabled business services companies. As a founding partner of StarVest, she has been active with StarVest’s investments in Connected Corporation, MessageOne, Newgistics, iCrossing and Fieldglass. Laura currently serves on the boards of Veracode, Vyze, Persado, RetailNext and Switchfly.

Prior to founding StarVest, Laura was responsible for direct private equity investments at Gabelli Securities where she sourced digital media investments in Multex Systems (subsequently NASDAQ-listed and acquired by Thompson Reuters) and the first institutional round of Digital River (NASDAQ:DRIV). In the early 1990’s, Laura identified digital media as a growth area and founded Sachar Capital, which sourced Redgate Software, founded by Ted Leonsis, (merged into AOL in 1994) as an investment opportunity for its Advisory Counsel.

Laura has a BA from Barnard College, Columbia University, and an MBA from the Columbia University Graduate School of Business. Laura is a former member of the Young President’s Organization and a current member of the World President’s Organization. She is a Private Women's Investor Network (PEWIN) Steering Committee Member. She has a Professioal Director Certification with the American College of Corporate Directors.

Scott joined Bain Capital Ventures in 2006 after selling the company he co-founded, ProfitLogic (a Bain Capital portfolio company), to Oracle. ProfitLogic was the leader in the world of retail analytics and price optimization solutions. Through the experience of building ProfitLogic from its initial three founders to a 300 person global software and solutions business serving the retail industry, Scott had the opportunity to get to know many of the most influential executives in the retail and apparel brand world. Not surprisingly, Scott’s area of investment interest since joining Bain Capital Ventures has revolved around disruptive new consumer products and services, data and analytics focused application software, retail and retail-related technology, both online and offline, as well as the convergence of the two. Scott was named to CB Insights’ Top 100 Venture Capitalists list in 2017 and 2018. He splits time between Boston and New York City.

Prior to Bain Capital Ventures, Scott was Chairman of the Executive Advisory Board and VP of Marketing and Science for Oracle Retail. Prior to its acquisition by Oracle in 2005, Scott was the President and co-founder of ProfitLogic. In 2005, Scott was named a winner of the Ernst & Young “Entrepreneur of the Year Award” in New England. Scott was also honored in 2004 as one of Chain Store Age’s “40 Under 40” most influential executives in the retail industry, and in 2006 received the Extended Retail Industry “Lifetime Achievement Award.” Prior to ProfitLogic, Scott held positions at Cognitive Arts, an early pioneer in the e-learning space, The Parthenon Group, a management consulting firm, and IBM, where Scott’s customers were major retailers. 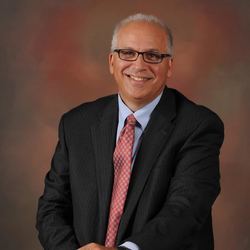 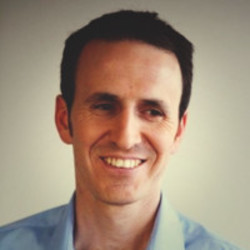 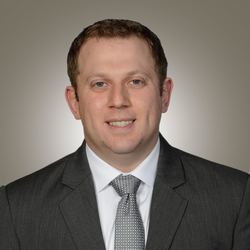 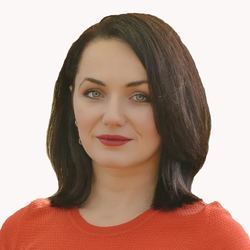 David Sorin Chairs McCarter & English’s Venture Capital & Emerging Growth Companies practice, representing privately- and publicly-owned startup, early stage, emerging growth, and middle market technology, tech-enabled and life science enterprises, as well as the investors, executives, and boards of directors who support and lead them. Dave has a long track record of successful representation of growth companies, having been repeatedly recognized by well-known periodicals for a unique combination of legal acumen and sound business judgment, as well as his involvement in emerging technologies from market inception to maturity. This year, Chambers, the leading publication that ranks lawyers and law firms, named Dave one of the top lawyers in the US in the representation of startup, emerging growth and venture capital backed companies. Most recently, in February 2018, INC. Magazine recognized Dave as one of the top lawyers in NY, specifically citing his “client intelligence.” Under his leadership, McCarter & English has become one of the leading, and most active, law firms in transactions for venture-backed companies and other emerging areas. In fact, it is a top-ten global law firm in several distinct categories according to PitchBook’s global league rankings: third in the Mid-Atlantic, eighth nationally, ninth globally, eighth with respect to enterprise software, and sixth (tied) in global early stage company transactions.

Dotan closed hundreds of venture financing rounds (pre-seed to growth) and tech M&A transactions. Dotan represents venture funds as well as startups on corporate, business and other strategic matters, including many Israeli startups expanding to the US and US funds investing in Israeli startups.

Before moving to the US in 2013, Dotan practiced law in two top tier firms in Tel Aviv, Israel where he worked with some of the most innovative startups in Israel.

Dotan studied law and philosophy at Tel Aviv University and before that was an infantry soldier and commander in the IDF.

Prior to joining CohnReznick, Jason practiced public accounting for more than seven years at another national accounting firm.

Olga Bashkatova is a Certified Public Accountant and holds a B.S. in Accounting from New York University. She has extensive experience in the preparation of financial statements, accounting and audit management, budgeting, payroll and benefits management, software implementation, scaling financial operations, taxes and financial investigations. Olga has a passion for working with tech startups and has led the Finance team at 8 other startups. Currently, she provides accounting consulting services to various clients through her firm NextStage LLC. Prior to that, Olga served as CFO at Paddle8, Inc. where she participated in a post-buyout restructuring with the goal of achieving profitability in 12 months. She also served as Principal Accounting Officer at Function(X), Inc., a NASDAQ listed company, where she was responsible for all SEC filings and oversaw the divestment of 65% of the company's assets, several acquisitions and an S-1 filing. 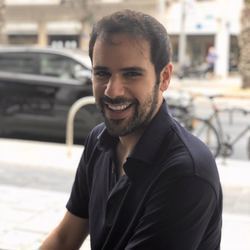 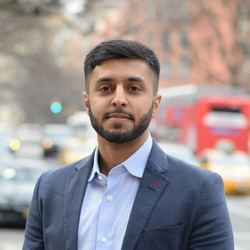 Yasir Ali is a serial health care entrepreneur and currently the CEO at Rivews. Rivews is a patient experience and reputation platform that enables health care organizations in instantly connecting with patients via SMS post-care. With nearly 1 in 3 patients engaging with Rivews' feedback management system, Rivews leads the industry with the highest patient engagement response rate. Yasir and his team have bootstrapped Rivews to over 150 practices, with integrations such as AthenaHealth, and are also part of the StartUp Health Academy. 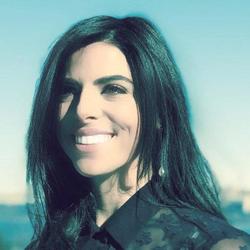 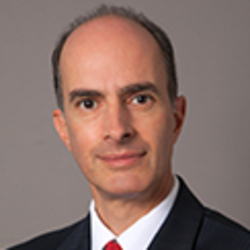 Elana is a Tax Accountant in Private Client Group at Anchin Block & Anchin. She holds a Masters of Taxation from Fordham University. She specializes in both providing tax services to high net-worth individuals and their families, and in Tax Research and Writing. She is especially interested in finding creative solutions to tax issues. As the grandchild of Holocaust Survivors, and as a single mother to her 12 year old son, Elana is quite passionate about social issues related to equality as well as giving a voice to those in need.

A founding partner of CTSW and managing partner of the firm, Jerry Cohen has been engaged in business and commercial law for over thirty years. He has represented high-growth, startup, and large technology companies including software, app, SAAS, digital content and publishing, and health-tech enterprises. Jerry handles corporate, financial, commercial, and intellectual property transactions.

Often in the role of a company’s day-to-day advisor on legal and business affairs, Jerry advises clients in a wide range of transactions, including financings and investment rounds, strategic alliances, joint ventures, licensing agreements, and corporate structure and governance.

Jerry co-founded and served as General Counsel and Executive Vice President to a large corporation before returning to the full-time practice of law. He also previously worked at the law firm Botein Hayes & Sklar.

The Technology & Venture Capital Forum will bring together top executives and like-minded professionals from the technology, startup, and venture capital industries.

The evening kicks off with dinner, drinks, and networking, where you’ll find fresh faces and reconnect with some familiar ones. Afterward, you will take a seat at a roundtable session where you will join in on a meaningful discussion regarding the current market and various investment philosophies as well as the innovative technology climate in today's world.

The roundtable format is designed to create an open atmosphere for valuable group discussion. This your opportunity to personally get to know some of the most talented and successful professionals within the industry.