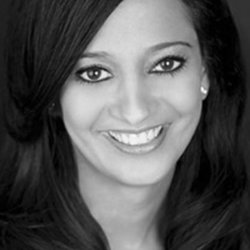 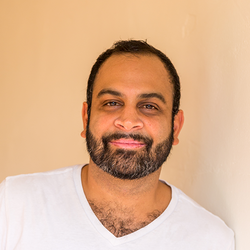 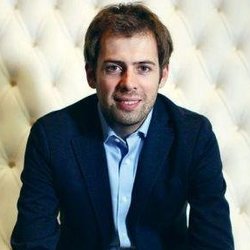 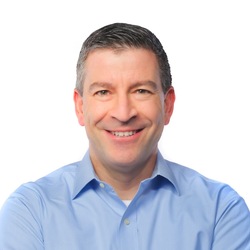 Jalak Jobanputra is Founding Partner of Future\Perfect Ventures, an early stage venture capital fund in NYC focused on cutting edge technology.
Jalak has been awarded Institutional Investor’s Most Powerful Fintech Dealmakers from 2016-2018. In 2017, she was cited as a “Top 5 Investor Powering the Blockchain Boom” and CB Insights noted FPV as one of the top VC funds in blockchain “before it was cool.” Since founding the firm, she has spoken on blockchain technology at global conferences, including the Milken Global Institute, Dutch Development Bank/FMO annual meeting, and The Economist Buttonwood Gathering. She also founded Collective Future, an organization to foster diversity and inclusion in the blockchain
sector. FPV’s incubator FPV Labs was selected by the NYC Economic Development Corporation in January 2019 to operate the NYC Blockchain Center, a unique private- public partnership formed to serve as an access point to the growing blockchain ecosystem and collaborate with elected officials on policy initiatives.

At Eniac we call Nihal the human rolodex, thanks to the thousands of connections he has made with some of the world’s top companies and brands. He developed many of these connections over the past 20 years while founding five different high tech startups. Most recently Nihal was the founding CEO of LocalResponse, where he grew revenues 2153% in three years and landed them at number 204 in the 2014 INC. 5000’s Fastest Growing Companies. Prior to LocalResponse, Nihal founded buzzd, the first real-time mobile city guide, and ipsh!, one of the first full-service mobile marketing agencies in 2001, which was acquired by Omnicom (NYSE: OMC) in 2005.

Even before founding Eniac, Nihal honed his ability to spot top entrepreneurial talent by investing in Admob (acquired by Google), Swiftkey (acquired by Microsoft), Tala, Tapad (acquired by Telenor), and Uber to name a few. Because of his experience both building and funding top technologies, he frequently guest lectures at business schools around the country on entrepreneurship and mobile marketing and is published in over 15 books and white papers on the subject.

Outside of the office Nihal loves to spend time with his wife Reshma and is a big supporter of her non-profit Girls Who Code. Around town, you will usually see him with his son Shaan and beagle-bulldog Stanley. Nihal is the life of the party, which is why he always spearheads Eniac events.

Nihal graduated from the University of Pennsylvania with a BA in Philosophy and a BSE in Computer Science.

Oisin Hanrahan is a serial entrepreneur with deep knowledge of two-sided marketplaces and a keen interest in technology and politics. Oisin is currently the co-founder and CEO of Handy. Founded in 2012, Handy is changing the way that people book and provide home services. From home cleaning to TV mounting, smart home setup to furniture assembly, customers turn to Handy for a seamless, fast and top-quality experience that provides them with access to the home services they need, wherever they are, whenever they want them. In October 2018, Handy joined ANGI Homeservices Inc. to accelerate growth and bring the Handy experience to millions more customers in the the $400 billion home services market.

Prior to Handy, Oisin started a political technology platform in Dublin and a real estate development business in Budapest. He also co-founded The Undergraduate Awards, a foundation that supports and celebrates outstanding undergraduate students globally. Oisin has taken an active stance on a number of political issues around labor and technology and has advised the U.S. Department of Commerce. Oisin also advises and invests in startups, particularly in New York City. Oisin’s work has been extensively featured in major media, including CNBC, The Wall Street Journal, and The New York Times. He studied at Trinity College Dublin, London School of Economics and Harvard Business School.

Scott Levine is a Managing Director at the Samsung Catalyst Fund, and head of its East Coast office based in New York City. Previously, Scott was a Managing Director of Time Warner Investments, the strategic venture capital fund of Time Warner / WarnerMedia. Prior to Time Warner, Scott was the SVP of Corporate Development at Sony Music, where he led M&A, venture investments and digital strategy. Before Sony, Scott was VP at General Atlantic, a growth equity firm with $28 billion under management. 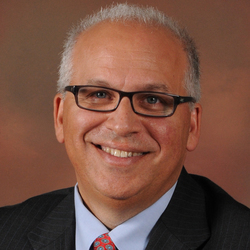 David Sorin is an office managing partner of McCarter & English and Co-Chair of the Venture Capital & Emerging Growth Companies practice. He focuses primarily on privately- and publicly-owned startup, early stage, emerging growth, and middle market technology, tech-enabled and life science enterprises, as well as the investors, executives, and boards of directors who support and lead them. Dave has a long track record of successful representation of growth companies, having been repeatedly recognized by well-known periodicals for a unique combination of legal acumen and sound business judgment. He also brings to bear his broad range of knowledge and experience in counseling enterprises and investors in diverse emerging growth markets, technology industries (including software, information technology, e-commerce, cybersecurity and communications), and life sciences. Many of the companies he represents are well-known names throughout the Mid-Atlantic region. Under his leadership, McCarter & English has become one of the leading, and most active, law firms in transactions for venture-backed companies. In fact, it is a top-ten global law firm in four distinct categories according to PitchBook’s most recent global league rankings: fifth regionally, tenth nationally, ninth globally and eighth in enterprise software.

A discussion of two perspectives: investor and investee on what makes a growing company investable.

The evening kicks off with drinks, and networking, where you’ll find fresh faces and reconnect with some familiar ones. Afterward, you will take a seat at a dinner table and for a 1 hour panel on our mainstage where industry innovators will have a discussion on both perspectives of venture capital: the investor and the investee.