New Revenue Streams in Publishing and Media - the Digital Revolution with Edward Felsenthal, Editor in Chief and CEO of TIME

This event starts on Wednesday January 13 at 5:45 PM UTC

For questions about the event please email

This event welcomes young professionals and members of the YJP community. 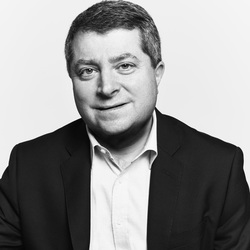 Edward Felsenthal is the Editor in Chief and CEO of TIME. He is the 18 th top editor since
TIME’s founding in 1923. Under Felsenthal’s leadership, TIME has reached the largest
audience in its history—100 million people around the world, built a world-class video
operation that won an Emmy in 2017 and a National Magazine Award in 2018, and
significantly expanded its franchises and events. TIME’s agenda-setting magazine, with 2
million subscribers, remains the largest U.S. print title in news.
Felsenthal joined TIME in April 2013 as editor of TIME digital, and led a major expansion of
TIME’s digital footprint, including the establishment of a 24/7 newsroom and video
operation. During that time, TIME’s audience tripled, with monthly video streams exceeding
100 million across platforms and social media followers exceeding 50 million.
In 2016, Felsenthal was named Group Digital Director of News and Lifestyle at Time Inc., a
role in which he led digital content and growth across a dozen titles, including TIME, Health,
MONEY, Real Simple, Southern Living, Travel & Leisure and Food & Wine.
Felsenthal began his career at The Wall Street Journal, rising to deputy managing editor in
2005 and serving as the founding editor of Personal Journal, where he led coverage that
won two Pulitzer Prizes. Earlier in his career, he covered the U.S. Supreme Court in
the Journal’s Washington bureau.
In 2008, he was the founding executive editor of The Daily Beast, a role in which he built
and managed a digital newsroom that quickly grew from a startup to a nationally known
brand.
A native of Memphis, Felsenthal graduated from Princeton University. He has a J.D. from
Harvard Law School and a master’s in law and diplomacy from the Fletcher School at Tufts.
He is admitted to the bar in the District of Columbia and Tennessee. 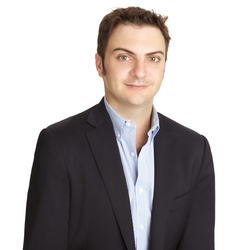 John Saroff is Chief Executive Officer of Chartbeat, the leading editorial platform used by the world’s top media properties in more than 68 countries. Chartbeat believes that meaningful stories matter wherever they live, and Chartbeat is the only analytics solution newsrooms rely on to understand reader engagement and make the most of their quality content. John has worked on the cutting-edge of media and technology for 17+ years, setting the daily operations and business development agendas of companies as diverse as Google, NBC-Universal and vente-privee. John received his undergraduate degree in History from Haverford College and a joint degree in Law and Business from Columbia University.

Amad
Login or register to view Amad's details.
Event Over
This event has concluded.