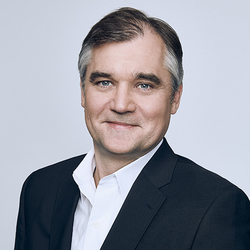 Thomas Gewecke serves as Warner Bros.’ Chief Digital Officer and Executive Vice President, Strategy and Business Development, a post to which he was promoted in May 2013. He is responsible for driving the Studio’s worldwide digital growth, managing its global business strategy, including M&A and investing activities, and leading its worldwide technology efforts. Gewecke is also charged with oversight and coordination of the Studio’s various digital strategies to maximize the value of Warner Bros.’ content across all current and emerging digital exhibition platforms. Additionally, he oversees the Studio’s Corporate Business Development and Strategy, Worldwide Technology, Digital Services, Global Insights & Analytics, Content Protection and Anti-Piracy groups.

Gewecke joined Warner Bros. in 2008 as President of Warner Bros. Digital Distribution. Under his leadership, WBDD expanded its global footprint to make the Studio’s movie and television content available for transactional purchase in every major market and was consistently recognized as a leader and innovator in the distribution of digital content.
Gewecke joined WBDD from Sony BMG Music Entertainment, where as Executive Vice President, Global Digital Business he was responsible for worldwide digital business development efforts and new digital ventures. In addition, Gewecke oversaw the company’s online advertising, digital long-form video and direct-to-consumer commerce businesses and led its expansion into the U.S. off-deck mobile market.

Prior to Sony BMG, Gewecke was Senior Vice President of Business Development in the Digital Services Group for Sony Music Entertainment, Inc., where he led its mobile business, building a leading market position for the company, launching the industry’s first U.S. master ringtone offering in mid-2003 and becoming the only record label to create and operate a major U.S. on-deck, direct-to-consumer mobile storefront. Gewecke also supervised Sony Music’s interest in various digital media investments.
Gewecke also held the position of Publisher of the PC World Online Network at International Data Group (IDG), a leading publisher of print and online technology magazines. During his tenure with the company, he built IDG’s largest online publishing division and oversaw the launch of multiple internet properties. He also played a major role in the development of IDG’s overall digital strategy. 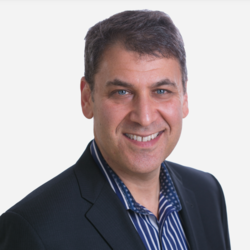 Howard is CEO and Founder of FROM. At FROM, we help companies grow revenue across digital channels by supporting the customer journey resonating with today's hyper-connected audience. Our work includes the creation of many award-winning web and mobile products for shopping, banking, travel and entertainment. Our clients include Morgan Stanley, Avis-Budget, A&E Entertainment, Universal Studios, NBC News, Houghton Mifflin Publishing and Mattel.

Prior to founding the company, Howard spent eighteen years with Capgemini, one of the worlds leading global consulting firms, as Vice President for Media & Entertainment.

Howard speaks regularly at major industry conferences, and is also on the faculty of the NYU Tisch School of the Arts where he teaches courses on the intersection of television industry and the Internet. Howard holds a Bachelors of Fine Arts from NYU, and a Masters of Fine Arts in Directing from the USC School of Theater, Film and Television.

Erik
Login or register to view Erik's details.
Event Over
This event has concluded.