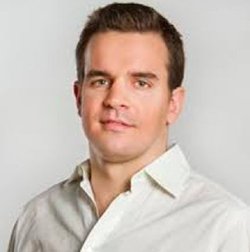 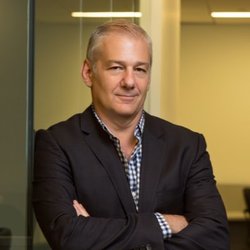 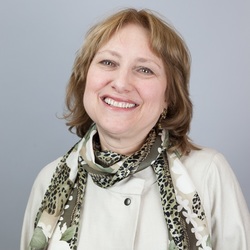 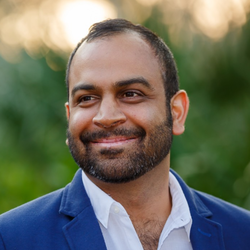 Alejandro Cremades leads the vision and execution for Onevest as its Co-Founder and Executive Chairman. The Onevest ecosystem supports founders and investors in building successful ventures.

Onevest currently operates and owns 1000 Angels which is the leading investor network that allows members to build a venture portfolio free of management fees, carried interest, or large capital commitments.

In addition, Onevest also operates and owns CoFoundersLab which is one of the largest networks for entrepreneurs with close to 300,000 entrepreneurs registered. Via CoFoundersLab, the platform offers matchmaking services for founders connecting them with other cofounders, advisors, and interns.

Prior to Onevest, Alejandro was an attorney at King & Spalding where he was involved in one of the largest investment arbitration cases in history with $113 billion at stake (Chevron vs. Ecuador).

Alejandro guest lectures at NYU Stern School of Business and The Wharton Business School. Alejandro has been included in the Top 30 Under 30 lists of Vanity Fair, Entrepreneur Magazine, and GQ Magazine. Moreover, TechCrunch recently featured Alejandro as one of the expats that is shaping New York’s tech.

Alejandro has been involved with the JOBS Act since inception. He was invited to the White House and the US House of Representatives to provide his stands on the new regulatory changes.

Alejandro is the author of the bestselling book The Art of Startup Fundraising. The book is published by John Wiley & Sons and includes a foreword by Barbara Corcoran.

Recently named one of the “25 Angel Investors in New York You Need to Know” by AlleyWatch (10/15/14), Jeff has been a venture investor for ten years, an angel investor for five years, and an operating executive for 18 years. Jeff presently serves as Chairman of the Evaluation Committee and Treasurer of the ARC Angel Fund and is Co-Director of the Reitler Advisory Group , which provides mentoring and advisory services to early stage technology companies and venture fund administration services to general partners of micro VC funds. Jeff also served as Chairman of Servicechannel.com until its acquisition by Bayard Capital in July 2014. He is a frequent panelist, speaker, and judge on venture investing and pitch competitions in NY. Jeff has also guest lectured and held office hours for many incubators/accelerators including Start Up Leadership Program, 37 Angels, NYU Polytech Incubator (New York City and Brooklyn), DreamIT Ventures, and FashInvest. Prior to his work with Angel and Seed groups, Jeff was a Partner of Odeon Capital Partners, an early stage venture capital fund. Prior to Odeon, Jeff was an operating executive at CA, Inc., and Cheyenne Software, Inc., where he served as GM of the Unix Division, VP of Corporate Development, VP of Corporate Marketing, and Director of Product Management. Jeff also serves as Chairman of the Board of WellLife Network, a not-for-profit offering residential, clinical, and day programs to 9,000 individuals with developmental, psychological, and behavioral disabilities in NYC’s five boroughs and Long Island

Joan Zief is an active investor in early stage high growth companies and has been leading deals for Golden Seeds since 2008. She is also a Managing Partner of Golden Seeds Fund 2 LP. Prior to 2008, Joan was a Managing Director at Goldman Sachs. Her 40 year career as an equity research analyst specializing in insurance and financial institutions spanned the Wall Street investment banks of Goldman Sachs and Merrill Lynch as well as several buy side firms. She was highly ranked on the Institutional Investor “All American Research Team” for 10 years. Joan currently serves as Treasurer and trustee to the Montclair Art Museum. She was appointed in 2008 to the Capital Finance Committee of the Township of Montclair for a four year term. Joan holds a BA in economics from Smith College and an MBA from NYU Graduate School of Business.

At Eniac we call Nihal the human rolodex, thanks to the thousands of connections he has made with some of world’s top companies and brands. He developed many of these connections over the past 20 years while founding five different high tech startups. Most recently Nihal was the founding CEO of LocalResponse, where he grew revenues 2153% in three years and landed them at number 204 in the 2014 INC. 5000’s Fastest Growing Companies. Prior to LocalResponse, Nihal founded buzzd, the first real-time mobile cityguide, and ipsh!, one of the first full-service mobile marketing agencies in 2001, which was acquired by Omnicom (NYSE: OMC) in 2005.

Even before founding Eniac, Nihal honed his ability to spot top entrepreneurial talent by investing in Admob (acquired by Google), Swiftkey (acquired by Microsoft), Tala, Tapad (acquired by Telenor), and Uber to name a few. Because of his experience both building and funding top technologies, he frequently guest lectures at business schools around the country on entrepreneurship and mobile marketing, and is published in over 15 books and white papers on the subject.

Outside of the office Nihal loves to spend time with his wife Reshma and is a big supporter of her non-profit Girls Who Code. Around town you will usually see him with his son Shaan and beagle-bulldog Stanley. Nihal is the life of the party, which is why he always spearheads Eniac events.

Nihal graduated from the University of Pennsylvania with a BA in Philosophy and a BSE in Computer Science. 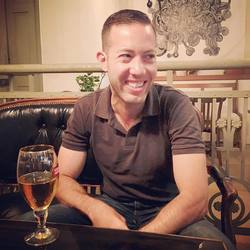 Jonathan 'Yoni' Frenkel is a social entrepreneur who split his life between the United States and Israel and has been involved in building the Israeli tech ecosystem in NY. Summers on a small yishuv in the north of Israel, service in an IDF combat unit, and a strong bond to the people of Israel shaped his identity. Professionally Yoni previously held roles in the non-profit and policy world, working in particular with young professionals and technologists. There he realized his passion was technology (and its positive applications in helping better the world). He is currently at R1 Labs, where he works with brands to maximize their ROI in the tech and innovation event space.

Humanity has finally come to a place where technology has caught up with imagination - it's up to tomorrow's leaders to ensure it doesn't surpass it.

The necessity of innovation and forward-thinking in the business world has compelled YJP to launch a Technology Startups Division. Log into a host of intimate roundtable discussions and stellar summits featuring a panel of technology experts who don't just see the future, but create it.

Come marvel at a panel of knowledgeable technological leaders. Business executives, VCs, CEOs and angel investors will take on important roles and mentor our young professionals.

Established tech companies have been bankrolling new offices in New York, from Google to Facebook in their insatiable hunt for talent and to establish a foothold in the premiere capital of commerce. Learn the ins-and-outs of creating a company with just a few laptops and a whole lot of smarts.